MANILA, Philippines – Katarina Sonja Rodriguez may have just won Miss Intercontinental Philippines 2017, but she’s already a familiar face – Katarina placed as one of the runners-up on Asia’s Next Top Model season 2.

Like her 2017 co-queens Mariel de Leon and Rachel Peters, Katarina was one of the favorites to win a title during the Binibining Pilipinas pageant.

She later found herself in the spotlight when it was reported that she might not accept her crown. It was a quick lesson in how to deal with the press, she told Rappler days after, when the issue had been resolved. Katarina has since confirmed that she will be keeping her crown. (READ: Katarina Rodriguez confirms she is keeping her Bb PH title)

But who is Katarina, beyond her post-coronation night mix-up? Read on, to get to know Bb Pilipinas Intercontinental 2017!

1. Katarina is serious about being fit and healthy.

During the announcement of the Top 15 at coronation night, Katarina’s short video feature revealed that fitness is important for her. According to her Bb Pilipinas profile, she’s also a cycling instructor and is into running. On social media, she often shares photos of herself in the gym.

2. She decided to become a beauty queen in order to have a platform to share her advocacy.

In an interview with Rappler in March, Katarina said that she was already getting messages from fans and friends to try her luck in the national competition. (READ:You may recognize these 3 Bb Pilipinas candidates)

“This time, I decided to join Binibini because for the last two years, I’ve been asked to join and people would always ask, ‘When are you going to join, when are you going to enter the pageant world, you’re modeling?’ And I was kind of shutting it [out] a little bit and over time, I realized that I was interested in it. I would watch, I would Google different beauty queens, not only just here in the Philippines, but internationally.

“And I love the industry, I love the craft of acting, you know, I love doing the dance workshops, all of that, the things that come along with showbiz. But I felt I needed something that had a platform for the advocacy I envisioned to bring it to life,” she said. 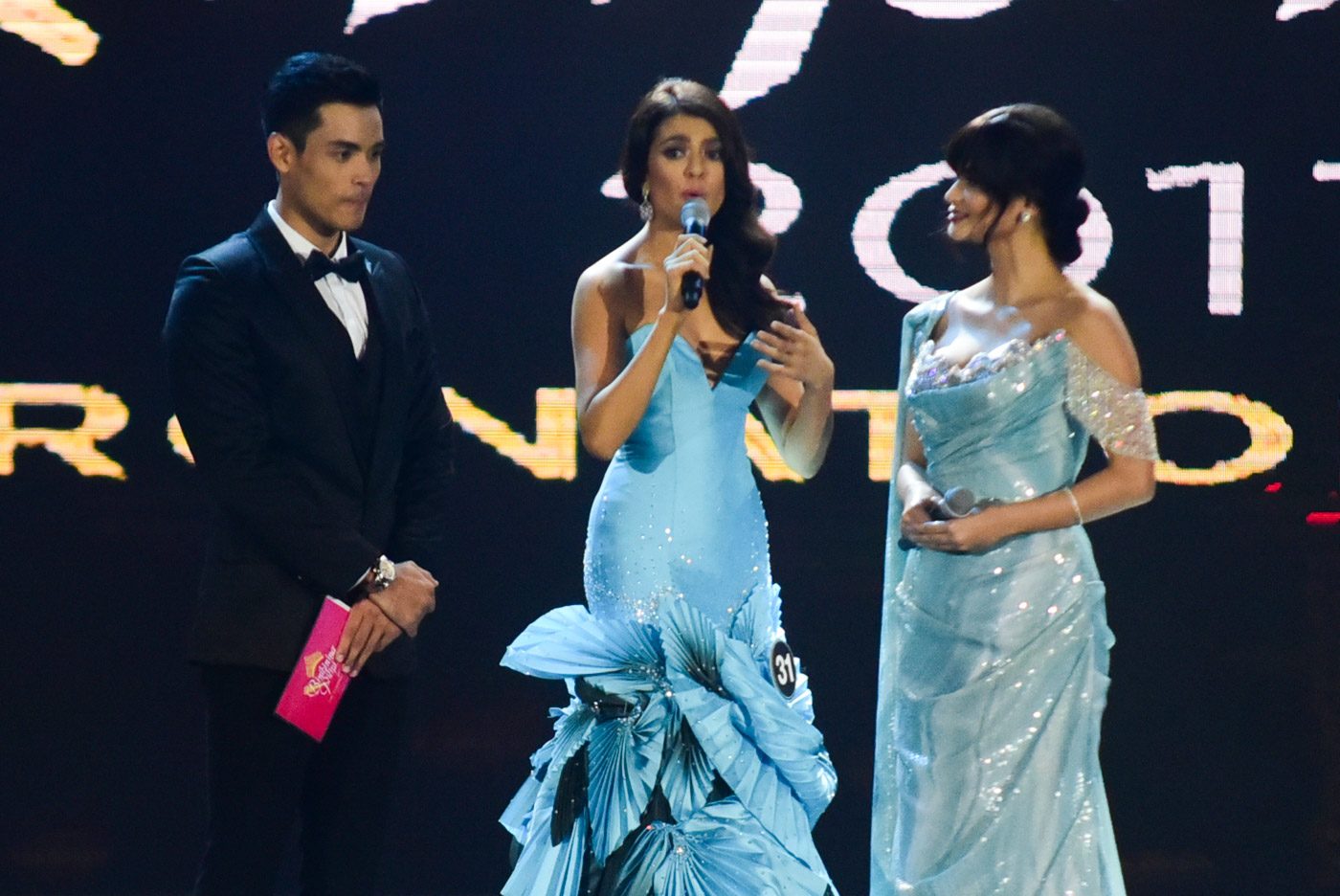 3. She is an active member of the Red Whistle and its #SaveSexy campaign, which promotes HIV/AIDS awareness.

On her work with the group, Katarina said:  “That’s actually the advocacy I had early on and put a lot of my time into. Last 2016, Niccolo Cosme, the fashion photographer [and] also the founder of the org, handpicks the ambassadors very precisely, and I ended up falling in love with what he’s doing, his cause, his enthusiasm, his passion, it inspired me a lot. And when I graduated from La Salle, I decided you know what, I want to be 100 percent on with this guy and on what he’s doing. And I like what he doing, and I like how he reaches out and he’s making it available all over the Philippines to be able to get the chance to be tested for free.”

Hey guys! So change of plans we will be in Fuente Circle until 9:30pm! Look for anyone from the #SaveSexyAttitude team to get tested for free & you'll see me & get a #SaveSexy shirt! Come, come!

4. She counts Bb Pilipinas International 2014 Bianca Guidotti as one of her inspirations.

“I love her. Like, before meeting her, I won’t lie again, I was still ignorant at this time, I was thinking, ‘Oh, it’s a beauty queen, she was Miss International this year and that,'” Katarina told Rappler in March. “And when I got to know her, she completely surprised me.”

#Sinulog2017 is about to start!! Catch me and Katarina on the Cebu Plus float (it's the second one) as we #SaveSexy  #redwhistle

“She’s a lot of fun, she’s adventurous, she’s very smart. She’s very passionate about being a humanitarian and I love that about her,” Katarina said about Bianca. “She’s very emphatic and I wish I could know all the beauty queens personally, because knowing them on a personal level is quite different from through social media.”

Katarina had the opportunity to be one of the MTV Philippines VJs and was under Viva Artists Agency before she competed in the pageant.

In her Bb Pilipinas video profile, Katarina mentioned that she loves to read during her spare time.

7. She is a graduate of Business Management and Philosophy from De La Salle University.

This meant the world to him & he means the universe to me. I've walked countless runways but walking on stage to receive my diploma was the most nerve wracking strut I've experienced. My grandpa (somehow) sat front & center & he was the first face I saw in the crowd thus the only person I kept my eyes on. He was taking photos with his iPhone (upside down mind you ) which had me smiling so big I was nearly laughing. I froze a moment just so I could imprint to my memory how proud my grandfather looked, then waved & waved at him – I know we weren't supposed to but I couldn't help it, I was so gigil! Jack Rodriguez you are a tough man to impress! You've challenged me more than anyone, pushed me over the top & fought me for things I couldn't understand at the time. But I get it now. You taught me strength, you made me FEEL ambition and KNOW passion. Act like a lady, think like a boss, our mantra . Next time I see that expression will be when I graduate with masters.  To the moon you said to go, & to the moon we'll go grandpa.

8. Like her co-queens Rachel Peters and Chanel Thomas, Katarina loves the beach and loves to surf.

Pose they said. No @mauemily said.

Come take a seat with me, as I rejuvenate & manifest my dreams.

Are you excited to cheer Katarina on in the international pageant? Let us know in the comments below! – Rappler.com