Dec 16, 2018 7:00 PM PHT
Alexa Villano
Facebook Twitter Copy URL
Copied
The spotlight is on Catriona Gray – and she sure is making the most of it 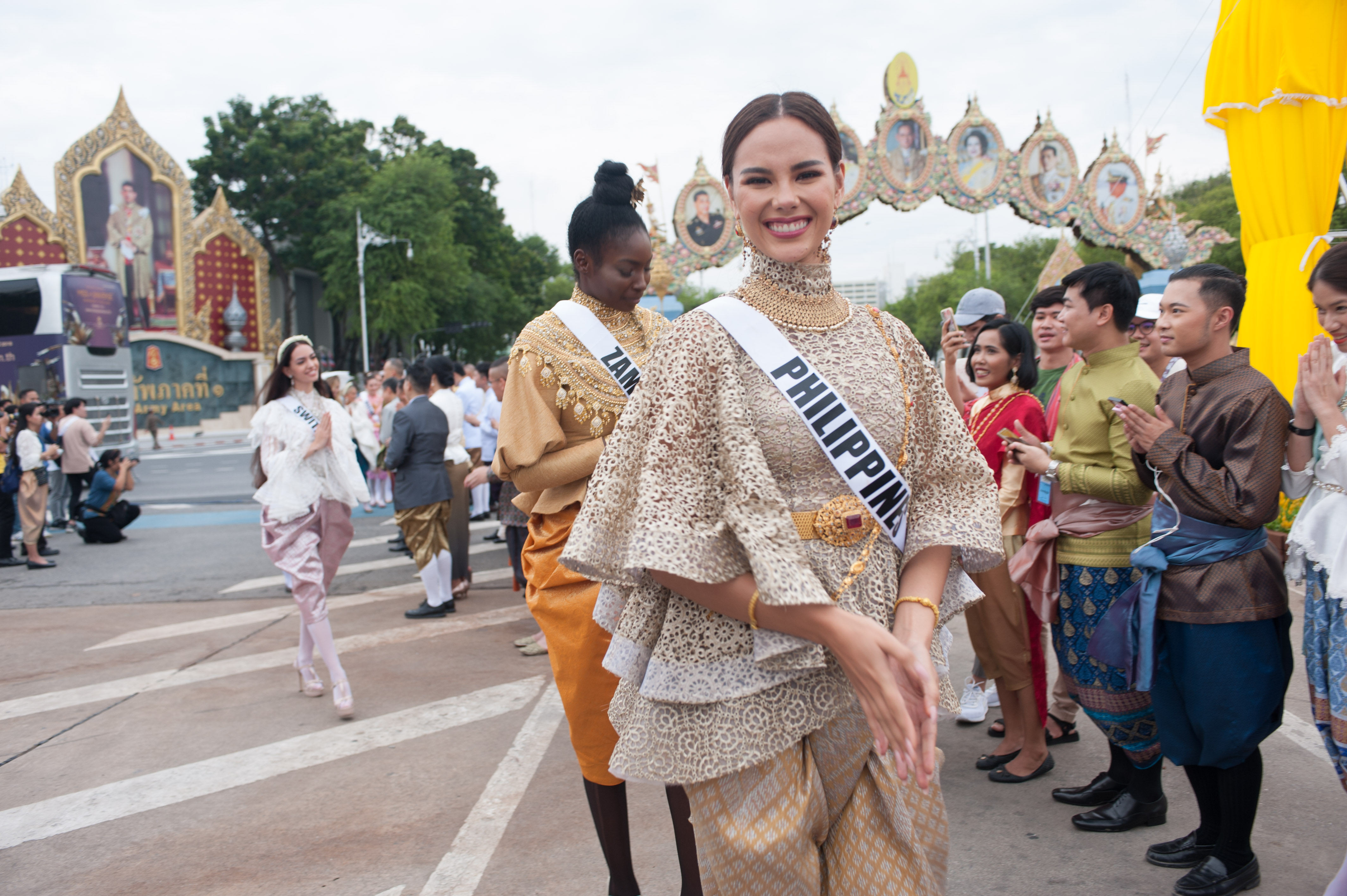 MANILA, Philippines – On Monday, December 17 (Manila time), viewers from around the world will watch as a new Miss Universe titleholder is crowned in Bangkok, Thailand. Filipinos – both hardcore and casual fans alive – will definitely tune in to watch.

The Philippines is hoping to grab its 4th crown courtesy of Filipino-Australian Catriona Gray. Online betting sites, pageant observers, and even former beauty queens think she has what it takes to win and be this year’s Miss Universe.

Her ear cuff by Tessera jewelry and gown by Mak Tumang caught everyone’s attention. The ear cuff, now known as “3 Stars and a Sun,” was so popular that it was copied by fans and some international candidates.

In her interview on the Bottomline before she left for Bangkok, Catriona talked about her love for Filipino textiles – and she made sure these would be incorporated in her outfits for Miss Universe. (IN PHOTOS: PH culture, textiles takes spotlight in Catriona Gray’s Miss Universe outfits)

Her national costume did just that and more – it had elements from the islands of Luzon, Visayas, and Mindanao. The design was a collaboration of Catriona with Jearson Demavivas, Jojo Bragais, and Eric Quiwa. 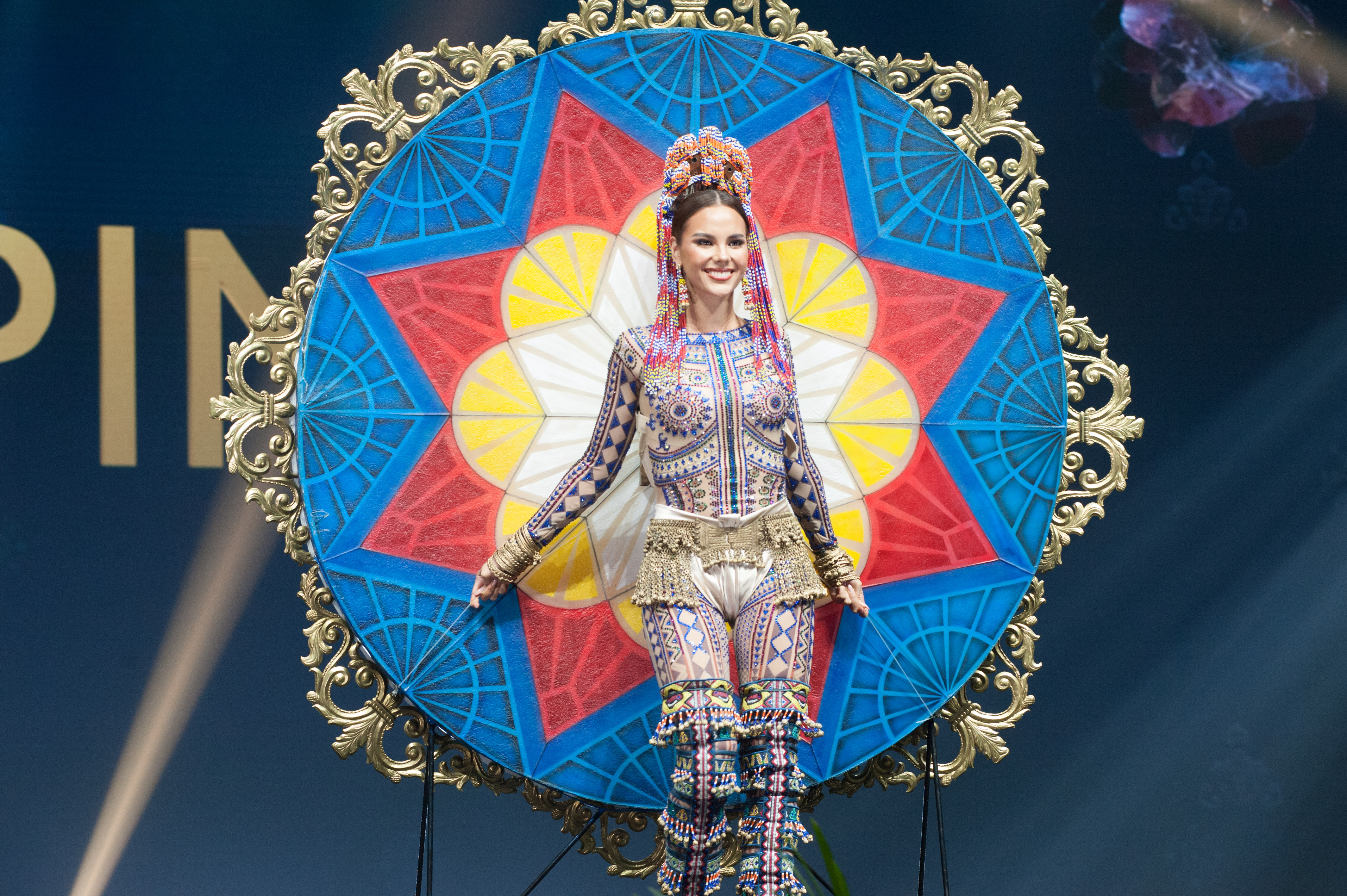 To explain the story behind it, a series of videos created by Catriona’s team was posted on her YouTube account. For the videos, Catriona traveled to Pampanga, Rizal, Manila, Leyte, and South Cotabato to show the country’s rich culture and heritage. (WATCH: Catriona Gray showcases PH’s rich heritage in new video)

But she did not stop there –  she shot a video in Gigantes Island, where she emerged like a water nymph from the sea.

For the preliminary competition last December 13, everyone looked forward to the gown she’d wear. While designer Mak Tumang released 4 out of 7 possible gown sketches, Catriona surprised everyone by wearing the now-famous Ibong Adarna-inspired gown. Tessera also created another show stopping accesory – earrings called the “Pearl of the Orient.” 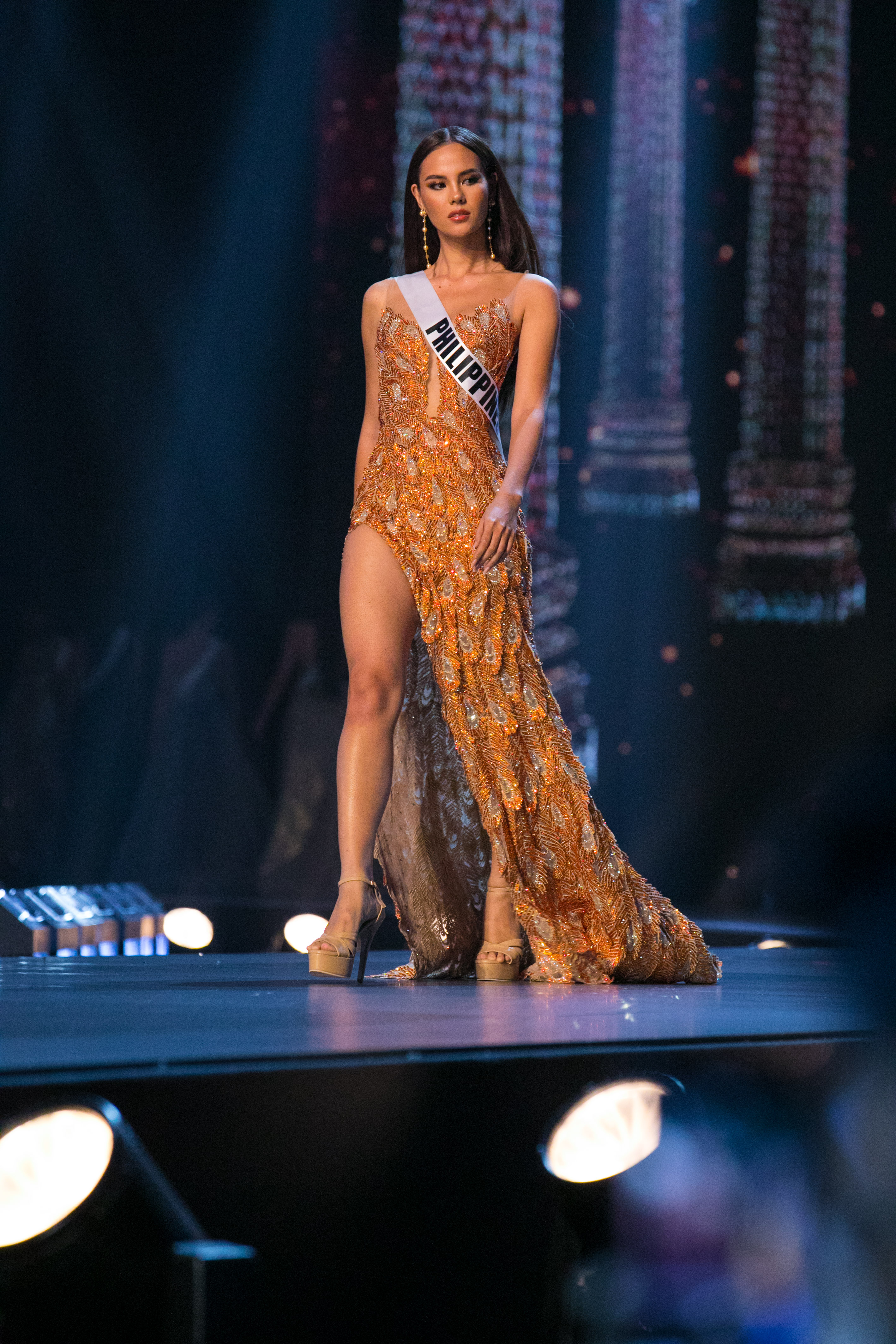 Cheers to another patriotic jewelry designed by our very own @catriona_gray  Introducing our latest PEARL OF THE ORIENT dangling earrings. This dangling earrings were inspired by Philippines' popular title "The Pearl of the Orient/Perlas ng Silangan". Let us all give our continuous love and support to our Ms. Universe, Catriona Gray. We're all very proud of you and we will always have your back  CATRIONA X TESSERA

It’s these elements in her outfits – both big and small – that prove how serious she is in representing the Philippines. And while Miss Universe 2015 Pia Wurtzbach and queens before her also championed Filipino designers, Catriona took things one notch higher.

From torchbearer to on fire

When she competed in Miss World in 2016, she spoke about being a torchbearer. Two years later, she isn’t just the torcherbearer – she’s the fire. (WATCH: Catriona Gray inspires in ‘We’re In This Together’ music video)

Filipinos are clearly behind her. Artwork of her have been flooding social media since she won Miss Universe Philippines and her national costume has also inspired more artists to shared their sketches and portraits. (READ: Meet the man behind this string art portrait of Catriona Gray)

#CatrionaFanArt  Thank you Kenji Nunez and @sephclifford! If anyone knows the artist of the third, please let me know! Tag your favourites with #CatrionaFanArt so I can see your beautiful creations!

What a beautiful artwork this was. Regram from @catriona_gray @bragaisjojo

Clearly, this girl is well loved not only in the Philippines but all over the world. Fans in Latin America and even Asian countries have expressed the admiration and support for her in the competition.

Former Miss Universe Canada Siera Bearchell has raved about her on her YouTube videos and supermodel Tyra Banks even commented on her now-famous “lava walk.”

As she prepares for the finale on Monday, December 17, Catriona knows she’s coming in with the weight of an expectant, hopeful, and pageant-crazy nation on her shoulders. But as early as now, she’s managed to unite Filipinos and will always be their queen – crown or no crown. – Rappler.com