Catriona Gray on viral ‘lava walk’: ‘This is insane’ 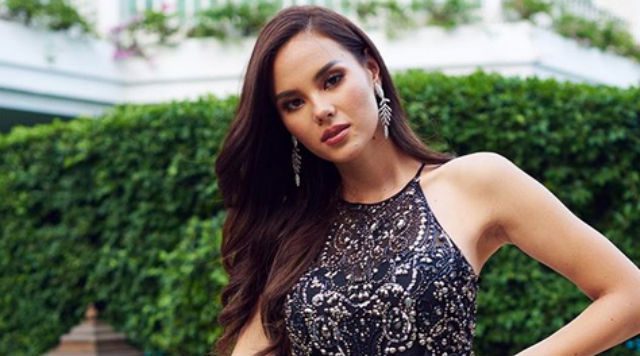 MANILA, Philippines – A day before the finals of the Miss Universe 2018 pageant, Catriona Gray said she still can’t wrap her head around the buzz surrounding her pageant walk, which got the approval of no less than Tyra Banks.

In an interview with TV 5‘s MJ Marfori, Catriona said that she had to double check if the reaction of supermodel Tyra Banks was real. The America’s Next Top Model creator said: “I mean…Pinoy Power to the Max!!!”

“When I saw the comments on the phone I was just like ‘totoo ba ito? Si Tyra Banks ba ito? (Is this real? Is this really Tyra?) And then I checked the link she was commenting on and it was my video and I was like oh my god!!” she said.

Catriona’s walk – and that iconic slow-mo turn – has been the subject of memes and a source of never-ending amusement both from hard core and casual pageant fans.

“It’s like wow, wow! Even after preliminary, to see that much impact, I even saw myself like at a Thai TV station and Miss India came up to me and said  she was like one of the Indian newspapers has even published about your walk and I was just like this is insane!” she said.

She also couldn’t believe that her social media following has nearly doubled since but says she’s remained focus and always grateful for everything.

Catriona was also asked the controversy surrounding USA’s Sarah Rose Summers. The USA bet was criticized for apparently making fun of the delegates from Cambodia and Vietnam for their struggle to speak English. She has since apologized.

@MissUniverse is an opportunity for women from around the world to learn about each other’s cultures, life experiences, and views. We all come from different backgrounds and can grow alongside one another.  In a moment where I intended to admire the courage of a few of my sisters, I said something that I now realize can be perceived as not respectful, and I apologize. My life, friendships, and career revolve around me being a compassionate and empathetic woman. I would never intend to hurt another. I am grateful for opportunities to speak with Nat, Miss Cambodia, and H’Hen, Miss Vietnam, directly about this experience. These are the moments that matter most to me.

“When I see the girls interact with each other, I’ve seen no trace of discrimination, of anything negative. In fact when the girls interact, they become like a whole group of friends. And even though those things did arise online, in real life, it’s not that way at all,” she said, reminding people not to judge people based purely on what’s seen online.

Catriona and 93 other contestants will vie for the Miss Universe 2018 crown Monday morning, December 17 (Manila time) during the finals in Bangkok, Thailand. The Philippine bet is among pageant observers’ favorites – but she’s not letting this get into her head.

“I’m really going to give my best. And I just pray that the judges will really get a sense of who I am. Because we are on stage and I believe there’s an aspect of luck is there. If it’s your time, it’s your time. It’s someone’s fate, someone’s destiny,” she said.

“If it happens to be mine, I just pray that I’ll be able to show the universe who Catriona is. And also show them what the Philippines is, who we are,” she said. – Rappler.com