MANILA, Philippines – Newly crowned Miss Universe 2018 Catriona Gray was always considered a shoo-in for the crown on Monday, December 17. But the 24-year-old stunner admitted that up until the last second, she wasn’t quite sure if she had bagged the Mikimoto crown.

In an interview backstage for the Chi Hair segment after she was crowned in Bangkok, Catriona said: “It’s like you second guess yourself. It’s like… did they say Philippines? But when you hear the crowd, of course so many people, so many Filipinos are so passionate and they’re all here.”

She briefly talked about her inspiration for her hairstyle and also wore a familiar accessory – the ear cuff.

She also gave a message to the fans.

“Sa lahat ng Filipinos and all the fans, thank you so much for all the love and support thus far.

“Mga kababayan ko (My countrymen), I’m happy to give you the best Christmas gift ever.”

At the press conference after the pageant, Catriona was asked about her plans as the new titleholder. (READ:Catriona Gray, JC Santos share journey as HIV/AIDS awareness spokespersons)

“I would definitely love to expand the platform that I have regards to education. I work closely with an HIV and AIDS organization in the Philippines. It’s something that I feel passionately about because a few years ago, I lose a close friend to health complications with HIV.”

“So spreading awareness on that cause and encouraging people to get  a simple test and knowing their status is one of my first project that I would like to pursue. And other than that, talking about  education for young children in impoverished areas.”

“There are so many children who don’t have access to quality education and I would like to speak on that matter also. And of course, willing to lend my voice to any other cause that many come in my way,” she said. 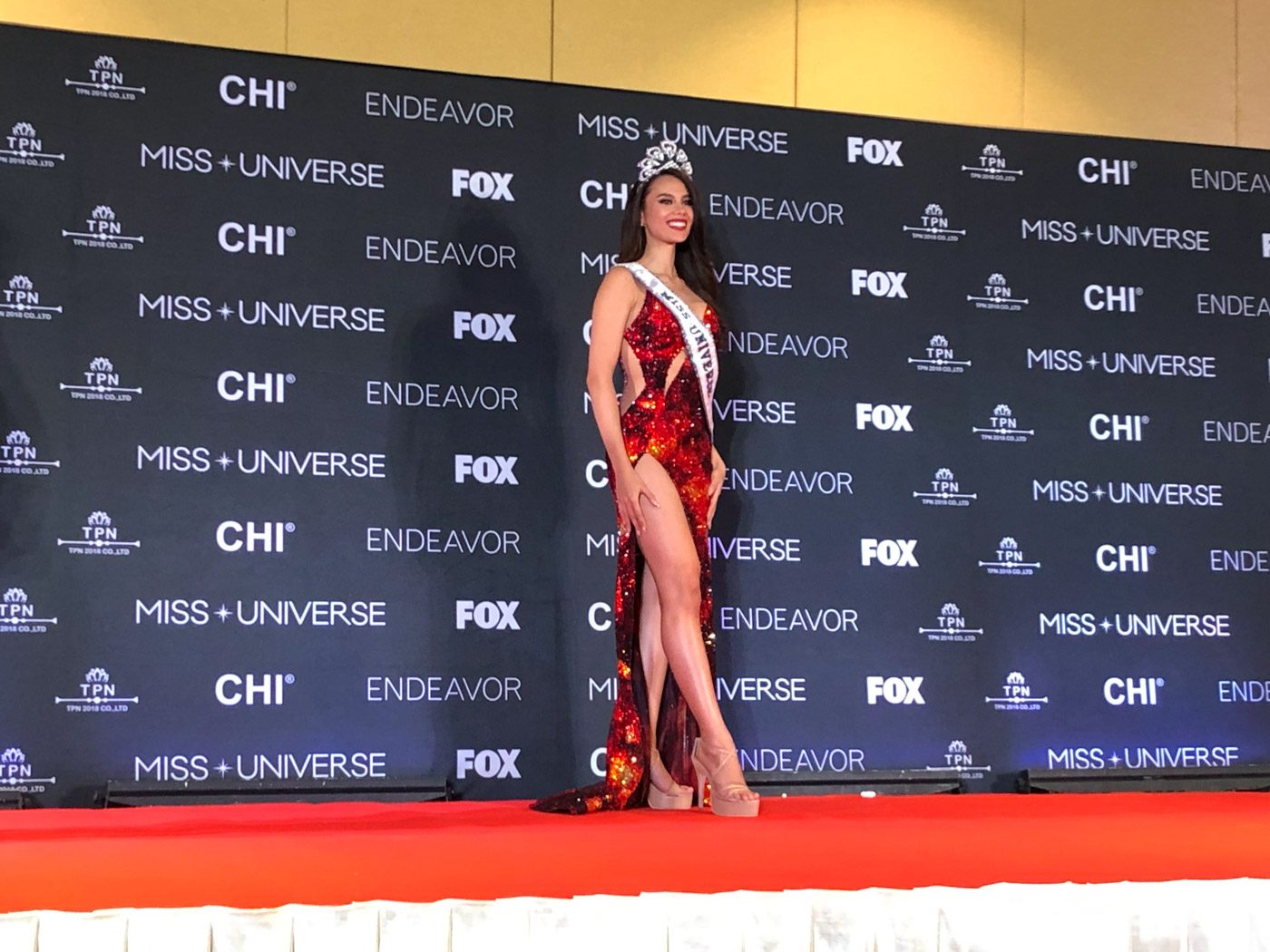 She also said that she’s looking forward to her stay in New York – including the chance watch a play on Broadway.

“I’m so excited. I have so many Broadway shows that I love to see. And it would be wonderful to experience autumn and winter because we don’t have it in the Philippines.”

Catriona said that she’s looking forward to spending time with her family and friends, whom she credits for keeping her grounded during the competition.

She was also asked about her thoughts about cultural diversity and women empowerment.

“I think Miss Universe is a wonderful platform that we promote diversity and women empowerment. Why? Because we are achieved women who have stories, who passions, who have careers. We’ve congregated together, have represented our countries and are given these platforms to voice what we love, what we are passionate about and what talks our heart. So that to think you can have that many countries coming together in a collaborated effort.

“How are we empowering others? We are lifting each other up and I think that’s amazing cause we’re crossing country boarders while doing that.” – with a report from Voltaire Tayag/Rappler.com