Puyat commends Catriona Gray for efforts in promoting the Philippines MANILA, Philippines – Miss Universe 2018 Catriona Gray had a full day on Tuesday, February 26 as she dropped by the Department of Tourism to Secretary Bernadette Romulo-Puyat for a courtesy call. The tourism secretary hailed her as the “perfect tourism ambassador.”

Work at the Tourism office in Makati came to a halt as the Filipino-Australian beauty queen, accompanied by the members of the Miss Universe Organization and Binibining Pilipinas Charities Inc (BPCI) arrived at the venue.

After a short conversation in Puyat’s office, the two ladies were then taken to the Penthouse, where they delivered short messages.

“We thank you for showing the Universe through your words and actions that indeed it is more fun in the Philippines! And, for that matter, we can make it more fun forever,” Puyat told the beauty queen.

During the Miss Universe pageant, a series of videos were released by Gray and her team to showcase the country’s wonders. They traveled to Pampanga, Intramuros, Leyte, and South Cotabato, which became the inspiration of her national costume. During the visit, Puyat presented Gray with two gifts – a bamboo tumbler, which symbolizes the department’s commitment to sustainable tourism and a book that contains a bucket list to see in the country.

Puyat said with Gray’s support, they will be able to pormote tourism through “the culture of sustainable development.”

Gray said she was thankful to visit the DOT office and hopes to continue promoting the Philippines in her own capacity as Miss Universe.

“Promoting the Philippines is something I’ve been passionate about really because I feel if people only knew what we had to offer the level of interest would just spike and I feel we have so much potential to share to the rest of the world. I hope that in my own way of being Miss Universe 2018 I could work in promoting the Philippines not only through fashion but in every facet that I can,” she said.

Prior to DOT, Gray dropped by the Senate, where she was met by Senate President Vicente Sotto III, and Senators Nancy Binay, and Gringo Honasan. 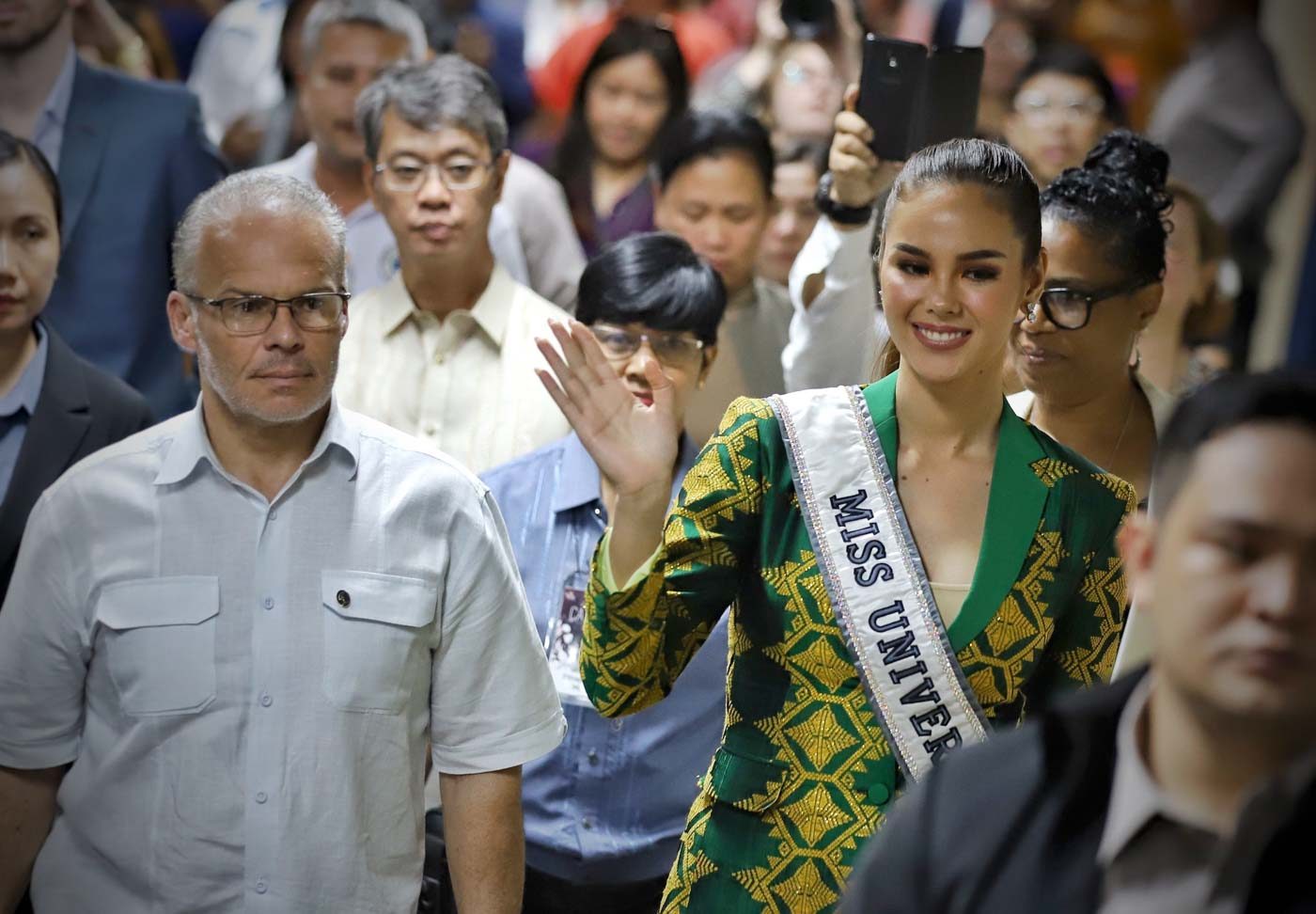 Aside from the Senate and DOT, Gray also visited sponsors and Vice President Leni Robredo.– with a report from Alexa Villano/Rappler