LOOK: The all-women panel of judges at Miss Universe 2019 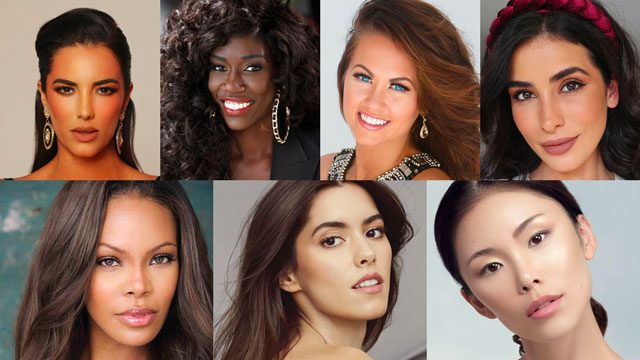 Who’s on the panel?

A Latina actress, host, and entrepreneur, Gaby Espino is an A-lister in the Latin American entertainment industry.

Boz is the chief marketing officer at Endeavor, a global leader in entertainment, sports, and fashion operating in more than 30 countries. She was part of Forbes’ The World’s Most Influential CMO’s list in 2018.

With a Business, Entrepreneurship, and Organizations degree from Brown University, Cara Mund became the first North Dakota woman to be awarded the Miss America title in September 2017.

A digital influencer and podcast host of The Good Life, Sazan Hendrix launched her own subscription company called Bless Box and landed TV gigs for E!, ESPN and Access Hollywood.

Miss Universe 2014 Paulina Vega is a Colombian model, TV host, entrepreneur, and the global ambassador for social cause Rise Against Hunger.

Riyo Mori is a Japanese actress, dancer, and model. She was crowned Miss Universe in 2007. – Rappler.com