Who is Zozibini Tunzi, Miss Universe 2019? 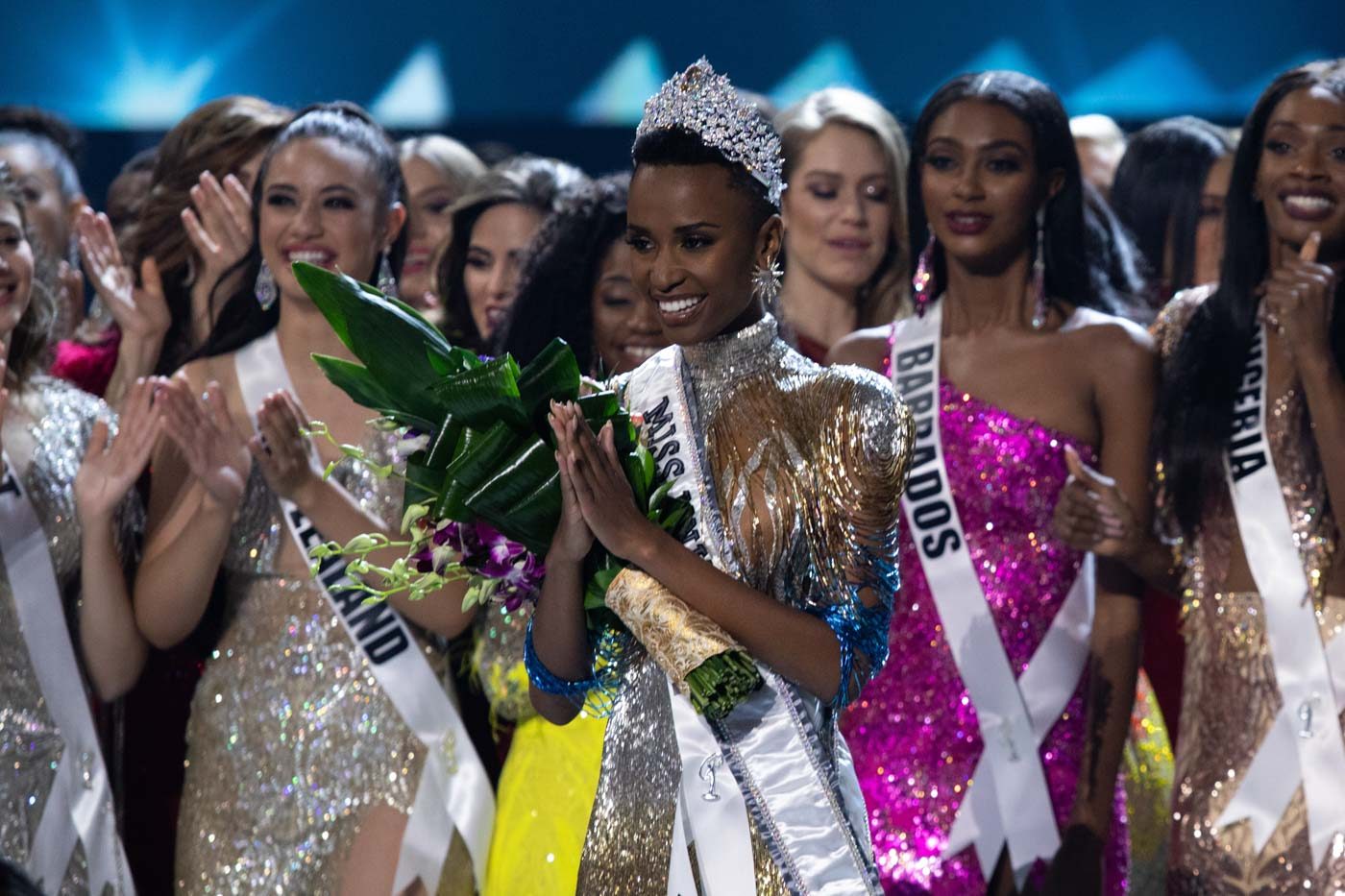 MANILA, Philippines – In a Miss Universe edition with strong candidates and no obvious frontrunners, standing out would have been easier said than done. But the feat was seemingly effortless for South Africa’s Zozibini Tunzi, who wowed audiences and the judges not only with her beauty and elegance but her eloquence, thoughtfulness, and grace.

The 26-year-old public relations graduate’s win during the Miss South Africa was both historic and controversial.

Zozibini herself observed that after she won the Miss South Africa crown, conversation online revolved around her skin color. “There was a conversation… with people not being used to people who look like me [winning the crown],” said Zozibini during an August 2019 interview with South African news organization SABC.

“I don’t know how to make people see that beauty is not about the color of your skin or how you look,” she said, while adding that colorism has been a “very big problem” in her country.

“I guess they’ve been programmed to not see that black as being beautiful and so the blacker you are, the farther away you are from beauty. In order to fix that, we have to teach people how to love themselves,” the eventual Miss Universe 2019 added.

The impact of her win – and placing at the Miss Universe 2019 pageant – certainly was not lost on Zozibini.

“I grew up in a world where a woman who looks like me, with my kind of skin and my kind of hair, was never considered to be beautiful. And I think that it is time that it stops today. I want children to look at me and see my face and I want to see their faces reflected in mine,” she said during her closing statement at the pageant coronation night on Monday, December 9 (Sunday evening, December 8 in the US).

It seems her statement was rooted in a real-life interaction. During the same SABC interview, Zozibini said a mother had messaged her on Instagram after her win to thank Zozibini because her young 4-year-old daughter finally saw herself in a public figure.

“She saw herself in me,” Zozibini recalled.

According to her Miss Universe profile, Zozibini is a “passionate activist and engaged in the fight against gender-based violence.”

“She has devoted her social media campaign to changing the narrative around gender stereotypes. She is a proud advocate for natural beauty and encourages women to love themselves the way they are,” reads her biography.

Zozibini was born in Tsolo, Eastern Cape and raised in the village of Sidwadweni. She said it was a “great childhood” spent “between a small town and a village.”

“Being under such a loving family helped a lot, especially with confidence and making friends. I was very shy growing up, and I didn’t have a lot of friends,” she said, noting that her mom encouraged her to come out of her shell.

Her dad also got a shoutout in an interview with Telemundo. “Since I won Miss South Africa, I think my dad thought he won as well,” she said, laughing.

In the same Telemundo interview, Zozibini said she’d pick Miss Vietnam Hoàng Thùy to win the crown because “she’s the most kind hearted person I’ve met in a very long time.” Miss Vietnam made it to the Top 20 of the pageant.

Zozibini had to answer a tough question during the coronation night. During the Top 5 Q&A, she was asked if leaders were doing enough to address climate change.

She said: “I think that the future leaders could do a little bit more. However, I feel like we, as individuals ourselves, could also play a part in making the climate the way it should be in the future. Children are protesting for the climate, and I feel like adults should join as well, and corporations should join as well. The government should take it seriously. I mean, 6th grade have been learning that the climate is deteroriating and the planet is dying. It is up to us to keep our planet safe.”

For their final word, the Top 3 were asked: “what is the most important thing we should teach young girls today?”

Zozibini answered: “I think the most important thing we should be teaching young girls today is leadership. It’s something that has been lacking in young girls and women for a very long time, not because we don’t want to but because of what society has labelled women to be. I think we are the most powerful beings in the world and that we should be given every opportunity and that is what we should be teaching these young girls, to take up space, nothing is as important as taking up space in society and cementing yourself, thank you.”

“I think it was just always wanting to do something purposeful,” she told SABC, when asked about what inspired her.

With the Mouawad crown on her head, that’s exactly what Zazibini is posed to do in 2020 – and beyond.