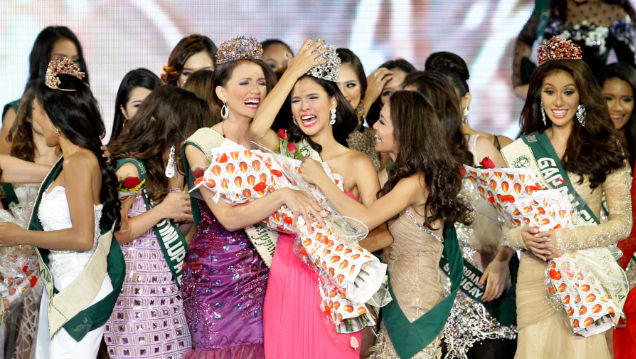 MANILA, Philippines – The 14th edition of Miss Philippines-Earth (MPE) beauty pageant came to an end on Sunday night, May 11, with heavy favorite Jamie Herrell of Cebu City winning the crown and the right to wear the country’s sash in the international Miss Earth contest later this year.

Herrell’s victory didn’t come as a surprise. She was the top bet of most pageant observers since day one and was tagged as “the girl to beat” and “the front-runner of all front-runners” in the competition. Herrell truly lived up to expectations.

The 19-year-old Cebuana was the most applauded that night and she totally deserved it. She was fresh and radiant in swimsuit. She also had the perfect mix of elegance and queenly stance in her salmon pink gown that complemented her complexion. Her performance wasn’t over-the-top; it was perfect.

Knowing that MPE gives importance to the Q&A round, this surely sealed the deal for Herrell.

When asked by former Akbayan congresswoman Risa Hontiveros if “we, human beings, have been good children to Mother Earth,” she replied: “In my opinion, we haven’t been good children. In fact, I believe that we are the number one cause of her problems, we are the reason why we’re having climate change, and we are the reason why we’re having floods. But, in return, if we can only help her and salvage her, she will help us back and take care of us too.” She got the crown right at that moment.

Herrell follows a 3-year successful streak of the Philippines in the Miss Earth pageant. Athena Imperial and Stephany Stefanowitz made it to the Top 4 of the international pageant in 2011 and 2012, respectively, while Angelee delos Reyes finished in the Top 8 in 2013.

To be honest, Herrell is already a polished candidate and ready to compete should Miss Earth be held today. With her gorgeous face and good communication skills plus a good team to back her up (she’s under Kagandahang Flores, the team behind the most MPE winners and Bea Rose Santiago), she could duplicate the success of another Cebuana, Karla Henry, and become the country’s second Miss Earth titleholder.

It was a night of redemption for Querrer and Manuel, both MPE repeaters.

Querrer, who was disqualified from Bb Pilipinas 2014 a few days after the announcement of official candidates, was breezing through the competition. She had improved a lot since her MPE 2010 days. But her shining moment came during the Q&A round, when she said “we should check the alternatives [for] what we can do so we can lessen our carbon footprints and, in the long run, we can be a part of the solution [to] this long overdue issue of climate change.”

Meanwhile, Manuel improved from her Top 10 finish in MPE 2009. While her answer wasn’t the best in my opinion, she gave solid performances in both the swimsuit and evening gown rounds.

The most pleasant surprise was Covert’s inclusion in the Top 5. Her towering beauty truly stood out, plus she had one of the best answers that night. She was asked: “If you were to change one thing about the Philippines, what would it be and why?” The 25-year-old Negrense answered: “Honestly, I would like to change the mindset of the people. It’s true that we have a beautiful country and that’s one thing I am proud of. But sometimes, the people…do not know the value of what we have in the Philippines. If I would change something, I would like to teach them how great we can be.” 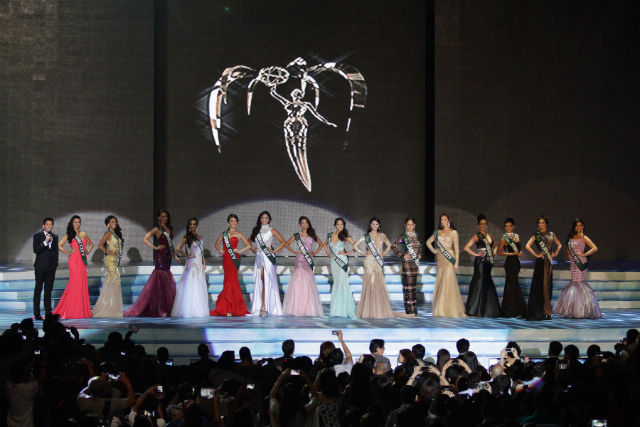 The coronation night’s biggest letdown was the exclusion of another favorite, Mary Anne Ross Misa, from the Top 10. She was among the best performers in swimsuit, but her gown must’ve cost her the placement. Joining her in the Top 15 are Ashlejane Alcancia (Fil-Brussels, Belgium), Janelle Tee (Davao City), Sarah Theresa Stewart (Muntinlupa City), and Leslie Ann Pine (San Leonardo, Nueva Ecija).

Ocampo, Aberasturi, and Stewart might have not made it to the top, but they shouldn’t lose hope. They should try out with Bb Pilipinas and Miss World Philippines, where their beauties will be much appreciated.

It was an enjoyable experience watching the pageant live from the Mall of Asia Arena. The show wasn’t a bore. The girls were all over the place during the opening dance number, but it was exciting to hear them shout their hometowns one by one.

The format change was a welcome move. In previous years, all 40-plus candidates walked on stage in swimsuit and evening gowns. This year the production finally decided to have only the Top 15 battling it out on both rounds. That saved a lot of airing time and spared the show from some dragging moments.

What needs to be improved though is the lighting. The stage was too dark during the swimsuit competition, which should have been more festive. The evening gown portion was a bit dull and dry. The show in general was smooth except for that instance when host Karla Henry had to repeat a spiel. Her hosting partner, TV host-actor Robi Domingo, had good enunciation but lacked the charisma.

During the show, a VTR of MPE’s pre-pageant activities was shown. Since it had a concrete objective that was environmental awareness, MPE was able to come up with exciting activities for the girls.

It was a sight to behold when the girls got their hands dirty planting trees, teaching people about the need for environmental awareness, encouraging shoppers to use green bags, among other activities. Aside from that, the effort to bring the girls to some of the tourist spots in the country was truly commendable.

The elemental queens will be involved in the campaign for the preservation of the environment and the protection of Mother Earth. The pressure is also on Herrell to keep the momentum going for the country in the Miss Earth pageant. It won’t be a cakewalk, but for sure it would be a memorable journey. – Rappler.com Drew Francisco, 24, works as a web production journalist for a financial newspaper. He is a forum moderator and social media content creator for Missosology. He also maintains Pageant Focus, a blog dedicated to beauty pageants.