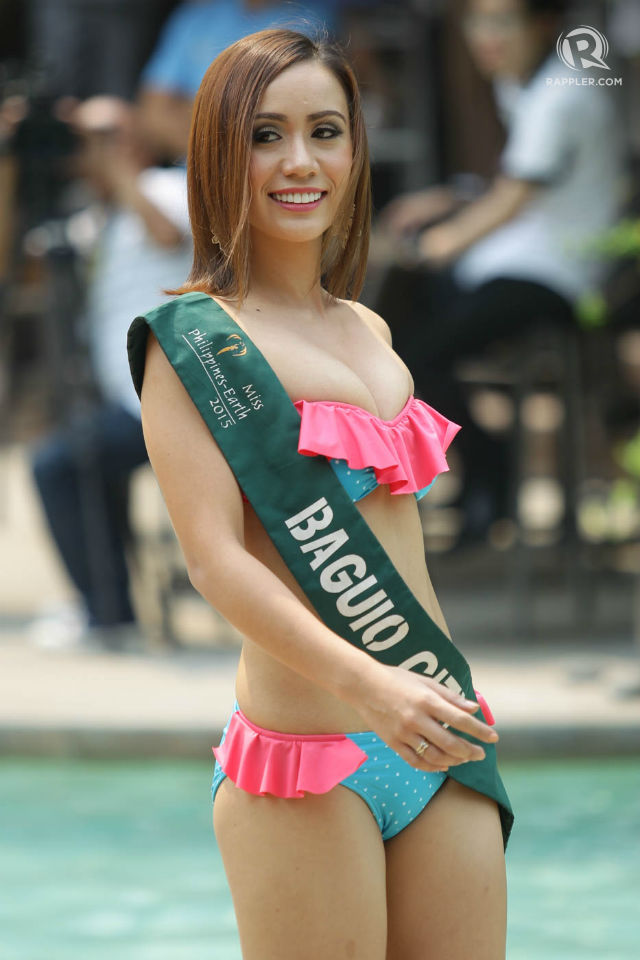 “He said that he supports me and it’s good that the PNP (Philippine National Police) has another person to represent them, and of course to inspire the people,” she told Rappler during the Miss Philippines-Earth press presentation on Thursday, May 7.

Neil gave a statement to Rappler on his message for Sofia on March 27, where he said that he was thankful that she was joining, and that one can give honor to the country beyond one’s profession.

Sofia said that her joining the pageant was about more than just being a pretty face – she wanted to help the PNP in its advocacies.

“Well, I have nothing against other pageants but we have projects, projects that we pursue after the pageant so when the pageant ends, that’s when the activities start. So I really want to participate in that, and of course incorporate Miss PH Earth to PNP because we have a lot of projects.”

She chose “implementing environmental laws” for her advocacy because she wanted to increase awareness on the topic.

(Not everyone is aware of our existing environmental laws here in the Philippines, so we should study and take a look at them. There are others who unknowingly violate the laws, but the result will still be the same – the environment’s destroyed, especially though illegal mining and deforestation. They don’t know it’s not allowed, or at least they know it, but they don’t follow.)

“Of course, I am very overwhelmed. I want to thank them for the love and support that they have been showing me since before joining the pageant. They were already there ever since, and until now, and the years to come hopefully? I’m really thankful and blessed.”

And for those who want to pursue the drea of being a beauty queen?

“Career should not be a hindrance to you joining such prestigious pageants. It doesn’t matter where you came from, it doesn’t matter what you do, what matters is your commitment and your desire to do this for the environment.”

Sofia, although based in La Union as a police inspector, will be representing her hometown of Baguio City in the 2015 Miss Philippines-Earth pageant. The coronation night will be held on May 31 at the SM Mall of Asia Arena. – Rappler.com