MANILA, Philippines – Now that we’re down to thirty-eight (38) official candidates for Miss Philippines Earth 2015, did that make my life easier for the usual pageant predictions I share a few days or less before finals night? Not at all. At least not with the ones I am seeing as the likeliest to spoil the very-top-of-the-heap finishers this coming Sunday, May 31.

You see, I have comfortably zeroed in on the possible successor of Miss Philippines Earth 2014 Jamie Herrell (who will move on to her duties as Miss Earth 2014 afterwards). Like it or not, this year is going to be a tight-as-a-tick battle between Chanel Olive Thomas (of San Antonio, Nueva Ecija) and Angelia Ong (of the City of Manila) for #1.

Between the two, one is definitely getting Earth and the other will have to settle with Air. And frustrating as it may sound, the thirty-six other ladies will have to be contented grabbing the remaining elemental (plus Eco-Tourism) spots in the Top 5. Whoever among them is found most deserving will join Chanel and Angelia in the winning circle. It’s that predictable of a scenario.

For now, let me formally present to you the 16 Earth Warriors in my first cut, which is honestly not a lot to holler about. Because in the next trimming, there will be only ten 10 left, and half of this number, or the lower five of the Top 10, are already considered runners-up for 2015 despite equally going through the motions of Q&A and Evening Gowns. The minute another half is called to make the top quintet, the winners will have already been announced, save the rankings. 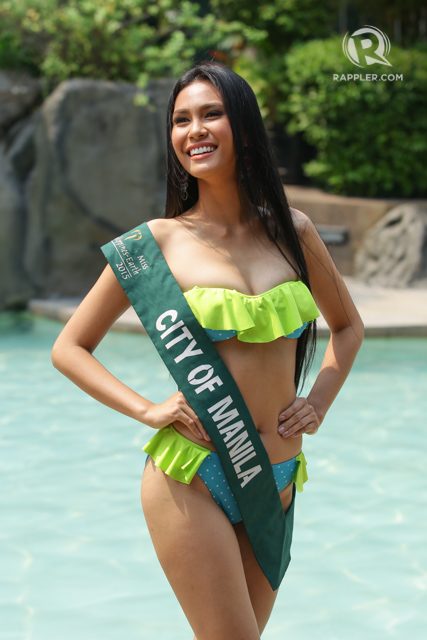 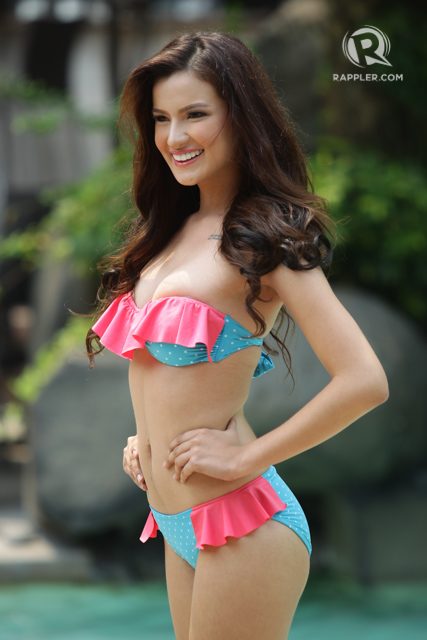 Three from NCR, 4 from Northern Luzon, 4 from Southern Luzon, 4 from the Visayas and one from Mindanao – that is how I classify the composition of my Top 16. As expected, the 15th and 16th placers on my list are the hardest to fill, but the easiest to replace if need be. But I won’t give you the full satisfaction of knowing those semifinalists anymore. Let’s just say that I can easily give those rankings to the ones graded as #17 or #18.

It’s the Top 10 that I found tricky. I found myself vacillating back and forth among 3 girls who should make the cut, where only only one of them can move on. The first nine (9) places are already filled up courtesy of Chanel Olive Thomas, Angelia Ong, Diana Mackey (of Cabanatuan City), Alyssa Ashley Calimlim (of Villasis, Pangasinan), Sofia Loren Deliu (of Baguio City), Alyanna Cagandahan (of Santa Cruz, Laguna), Chezka Carandang (of Quezon City), Carla Valderrama (of Siniloan, Laguna) and Mhon Theress Menaling (of Mandaue City).

I had a hard time choosing from among Darlene Pepito (of Ormoc City), Jian Cayla Salazar (of Guinobatan, Albay) and Jona Sweett (of Iloilo City). I did not resort to blind-folded dipping of my hand inside a bag containing their names, though. I made things painless and went for the Best in Long Gown Gold Medalist. How sweet it is then for Jona Sweett as my 10th.

Now in this segment, I decided to be anti-climactic. No use lingering on the suspense anymore. I already made the choice of Chanel Olive Thomas and Angelia Ong as my personal predictions for Miss Philippines Earth 2015 and Miss Philippines Air 2015, respectively. In addition, I strongly feel that Sofia Loren Deliu would make a wonderful Miss Philippines Eco-Tourism 2015 given her profession and strong advocacies that would serve the environment well. That leaves us with Water and Fire, or the elements that actually rank 3rd and 4th.

Diana Mackey is a relatively easy choice for Water. She has been running 3rd mostly in my scoresheet, and I really wouldn’t mind seeing two ladies from the province of Nueva Ecija in the Top 5. It’s my choice of Alyssa Ashley Calimlim for Fire that made me slightly squirm in my seat. It was a toss-up between her and Chezka Carandang or Alyanna Cagandahan to get in. This is where I just made the one hard decision to give up on the ladies from Quezon City and Santa Cruz, Laguna. There are inner workings that I cannot fully expound on anymore, unless someone privately eggs me on to do so.

So here, I give you my Top 5 for Miss Philippines Earth 2015, in proper order: I stated earlier that the fight between Chanel and Angelia for the crown is going to be tough as nails. Any one of the two making it would make the organizers very happy. They are both sweet, charming, committed and down-to-earth (no pun intended). So it will really boil down to that one final question that will be answered in the penultimate portion of the pageant proceedings. One wrong reply (or choice of words/statements) and it could be game over. But hey, Miss Philippines Air isn’t a bad reward for all the hard work all throughout.

It’s just that Miss Philippines Earth will compete in Miss Earth 2015, aside from being long remembered by the faithful fans and followers.