‘For all women’: Anne Jakrakutatip ushers in new era for Miss Universe 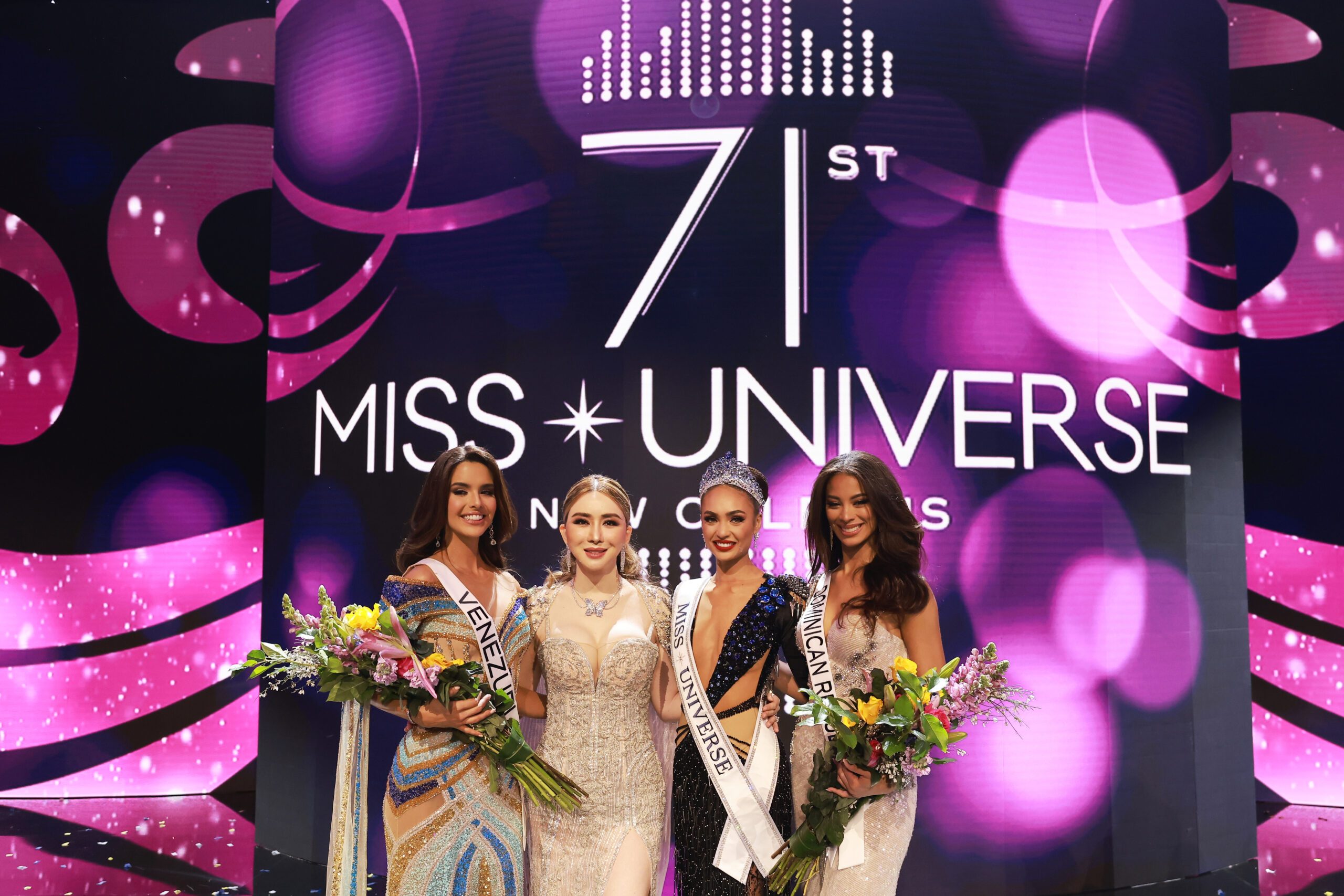 Contestant, crowned Miss Universe at the conclusion of the 71st MISS UNIVERSE Competition®, on stage wearing a crown by Mouawad on January 14th, 2023 at the New Orleans Ernst N. Morial Convention Center airing LIVE on The Roku Channel in English and Telemundo in Spanish. The new winner will move to New York City where she will live during her reign and become a spokesperson for various causes alongside The Miss Universe Organization.

Anne, who made history in October 2022 as the first transgender woman to acquire the organization in its 70-year history, spoke before pageant fans to share what it means to have a woman take the reins of the prestigious franchise.

“It has been 70 years since the Miss Universe Organization was run by men. Now, the time is up. It is the moment for women to take the lead,” she said. “From now on it’s gonna be run by women, owned by a transwoman, for all women around the world.”

Calling it a “new era of the global women’s empowerment platform,” Anne emphasized that the pageant will “celebrate the power of feminism, diverse cultures, social inclusion, gender equality, creativity, a force for good, and the beauty of humanity.”

The Miss Universe owner went on to describe her own experiences as a transgender woman and how it influenced her to achieve her dreams.

“When I was born as a trans woman, I got bullied and sexually harassed by my own teacher when I was young. Plus, I was not accepted by society because they did not want to embrace my differences,” she recalled. “But guess what? I chose not to surrender. I turned pain into power. And I turned life lessons into wisdom.”

This sense of empowerment, she shared, is what she hoped the delegates would feel in the Miss Universe stage: “We can elevate our women to feel strong enough, good enough, qualified enough, and never be objectified again.”

The 71st edition of the pageant – the first under Anne – saw several changes in the competition including the use of sustainable sash, addition of capes in the swimsuit segment, and putting a spotlight on the candidates’ advocacies through their VTRs. R’Bonney Gabriel of USA won the crown.

The 2023 pageant will also see aspiring beauty queens of any civil status as Paula Shugart, president of the Miss Universe organization, confirmed in September 2022 that the 72nd edition of the pageant will now allow moms and wives to participate in the competition. – Rappler.com