HOLLYWOOD. Heart Evangelista is set to appear in a Netflix show. 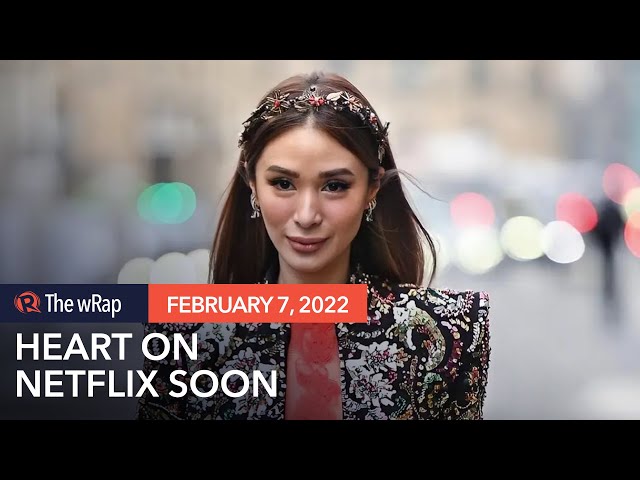 MANILA, Philippines – After months of speculation, Heart Evangelista has confirmed that she indeed worked on a show for streaming platform Netflix.

The actress made the announcement during the press conference for her GMA teleserye I Left My Heart in Sorsogon on Friday, February 4, but remained tight-lipped about what show it is nor when it will air.

“I can’t say if it’s Bling [Empire] or something else but definitely, I did film for a show on Netflix. Hindi ko alam, sa totoo lang, kung kailan siya lalabas. (Honestly, I don’t know when it will be released),” she said.

Rumors about her involvement in Bling Empire started in August 2021 when she was seen hanging out with the series’ stars Kane Lim and Kelly Mi Li during her stay in the US. The Filipina actress even hosted a Filipino dinner for the other cast members of the series.

Bling Empire, which also stars DJ Kim Lee, Kevin Kreider, Anna Shay, and Christine Chiu, follows the lives of wealthy Asian and Asian-American socialites in Los Angeles, California. The first season was released in January 2021 while the second season was confirmed in March. A target release date for the second season has yet to be announced.

When asked if the unnamed show marks the start of her career in Hollywood, Heart replied, “Anything abroad siguro, parang hindi mo siya aasahan because it’s really destiny for me if you want to achieve anything in Hollywood…. I really have no solid plans with what my next steps are. Kung saan ako gustong dalhin, bonus na lang sa akin ‘yun at i-enjoy each step.”

(Any foreign project, I think, is something you really can’t expect because it’s really destiny for me if you want to achieve anything in Hollywood… I really have no solid plans for what my next steps will be. I’ll just go with the flow; enjoying each step is just an added bonus.)  – Rappler.com