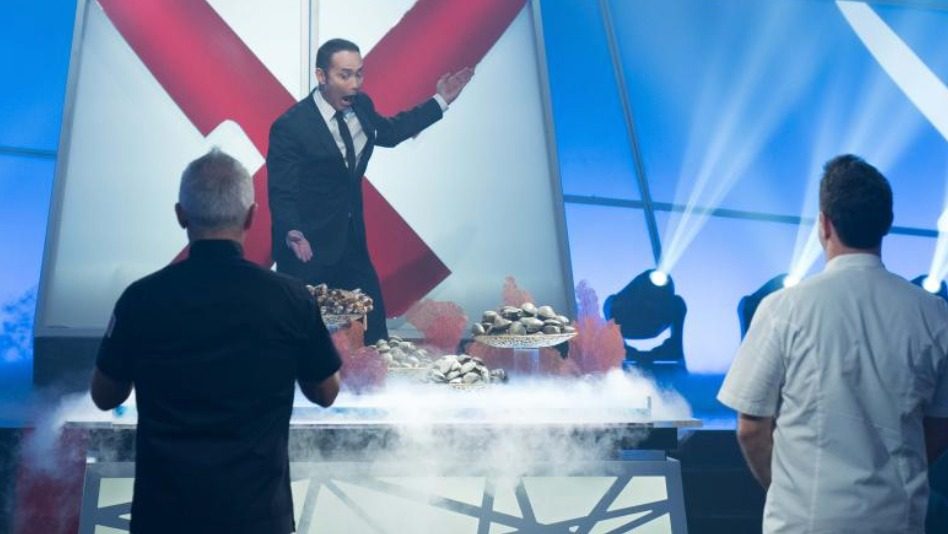 REBOOT. Netflix is reviving cooking competition 'Iron Chef', which originated in Japan and then on Food Network.

MANILA, Philippines – What’s cooking at Netflix? It seems like the streaming giant is in the process of rebooting another popular franchise into their own series – it’s cooking competition Iron Chef!

According to Deadline, the new Netflix series will be called Iron Chef: Quest for an Iron Legend, and will be a “supersized take” on the Food Network’s popular, adrenaline-filled, “groundbreaking culinary competition that started it all.” Netflix has ordered eight episodes.

According to the show description, the new Iron Chef will still be the “toughest culinary challenge a chef will experience”  – where “world-class cuisine meets high-octane sports.” There will be five new Iron Chefs that will welcome aspiring Challenger Chefs in every episode. A mystery ingredient that each chef must use for the showdown will be introduced at the start.

The culinary face-off will be set in a “reimagined Kitchen Stadium” where endurance and creativity must prevail in each chef’s original dishes. The winning Challenger per episode will return to battle in the grand finale to be named “the first-ever Iron Legend.”

The new series will premiere in late 2022. The official roster of Iron Chefs have yet to be named.

Iron Chef first originated in Japan in 1993 from Fuji Television Network, hosted by the flamboyant Takeshi Kaga. Food Network picked it up for Iron Chef USA in 2001, where William Shatner was the host. In 2004, Food Network debuted Iron Chef America, which ran for 12 seasons until 2014. It was hosted by “The Chairman”, Mark Dacascos.

‘Heartstopper’ depicts queer joy: Why that can bring about complicated feelings for LGBTQ+