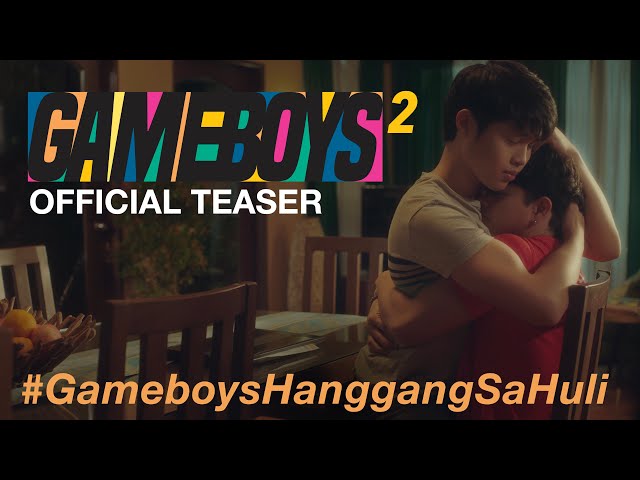 The teaser for Gameboys season 2 was released on Friday, January 22, giving fans a glimpse of the continuing love story between the two lovers Cai and Gav.

The hit BL series first premiered on YouTube in May 2020 and ran for 13 episodes, with the finale streaming in September.

Set in locked-down Manila during the COVID-19 pandemic, Gameboys follows Cairo (Elijah Canlas), a popular gamer, and Gavreel, (Kokoy de Santos), a fan of Cairo’s who pursues him. (READ: Filipino BL: How ‘Gameboys’ gets it right)

At first, the pair’s love story unfolds virtually in online interactions, until they eventually meet in person towards the end of the first season.

In the second season, it seems that the two will be spending even more time together. The teaser, set to SB19’s “Hanggang sa Huli,” shows Cai telling Gav he’ll be staying with him for a while longer.

The new season also sees the return of Adrianna So, who plays fan favorite Pearl, as well as Kyle Velino and Miggy Jimenez.

A premiere date for season 2 has yet to be announced, but in the meantime, the first season can be viewed on The IdeaFirst Company’s YouTube account.

A “level-up edition” that includes additional footage is also available on Netflix. – Rappler.com