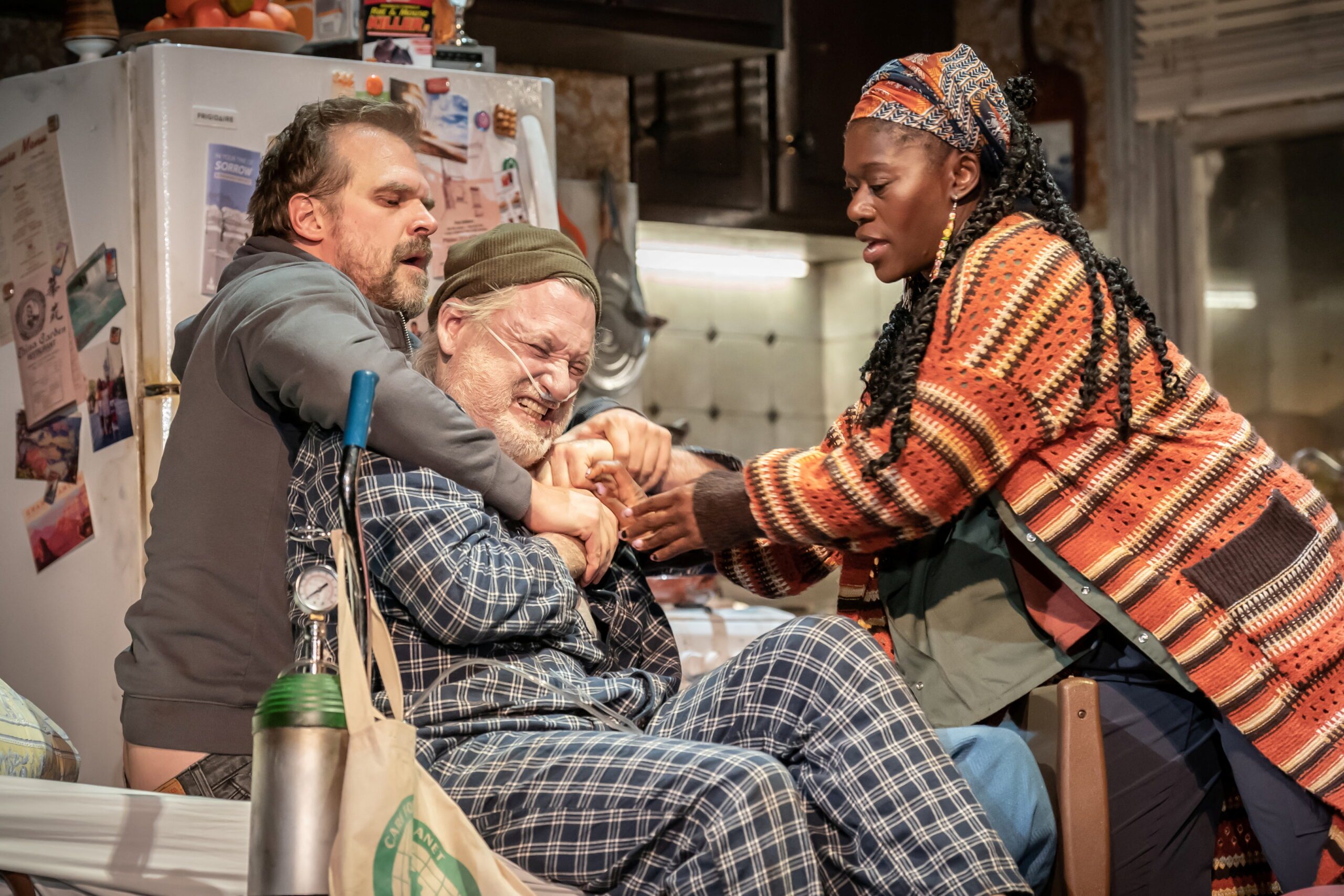 The 47-year-old actor, who recently told Britain’s Big Issue magazine he was institutionalized and diagnosed with bipolar disorder at 26, said his conversations with the US playwright helped shape the script.

“People talk a lot about wanting to have a conversation about mental illness, but I always feel like the discussions are either trite or they’re about how mentally ill people are monsters and I think it’s neither of those things,” Harbour told Reuters ahead of a preview performance.

“I wanted to have some true expression of what that is because I’ve had some experience with that myself and so she wrote a play over the pandemic based on a lot of stuff I talked about with her. It’s very much her play but I definitely contributed a piece of myself into it, so to do it, it feels like a very personal expression for me.”

Harbour plays his son and primary caregiver Michael, who has struggled with mental health issues throughout his life.

With the father’s health ailing, Michael’s sister and brother also return home and the ensuing sibling rivalry, underlying trauma and preparation for his death turn the home into a mad house.

“What I really am proud of is that it’s a really messy discussion of all these issues, which is death and hospice care and taking care of someone who’s dying and mental illness,” Harbour said.

“It does it in a very messy way where there is no right and wrong and you can just go and live with these questions and hopefully you’ll come out of the theatre having more questions, deeper questions.”