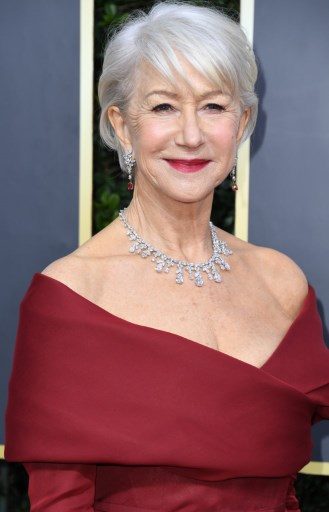 The curtain came down on theaters across the country in March as the pandemic took hold. Lockdown rules have now eased, but many venues cannot afford to reopen with limited audience numbers. Some have been forced to close permanently.

That has left many employees – from actors to stagehands – in dire straits, given that many are self-employed and live “from wage packet to wage packet”, Mirren said.

She told Britain’s Press Association news agency that people in the arts were “really suffering”.

“The worry is simply people not being able to pay their rent,” she said.

“When those wage packets aren’t there, which has been the case for the last year, it is very, very, very problematic and I’m sure a lot of them are looking at homelessness.

“They have bills to pay, they have rent to pay and they very often are not the kind of people who have been able to create a nice little security fund for themselves.”

The government earlier this year announced a £1.57 billion ($2.1 billion, 1.7 billion euro) funding package to help the arts on top of a wage support scheme for furloughed workers.

But freelancers working in the sector have not always been eligible, leaving them struggling to make ends meet or forced to take jobs in other industries.

“People need financial support and they need food support,” said Mirren, who won an Oscar for her portrayal of Queen Elizabeth II in the 2006 film The Queen.

She is currently fronting a Christmas food appeal to provide up to 200,000 meals for the homeless and vulnerable over the festive period.

Poverty and job losses caused by the pandemic have become major issues this year.

The government has been forced to provide free meals to the poorest children during school holidays after a high-profile campaign by Manchester United footballer Marcus Rashford. – Rappler.com