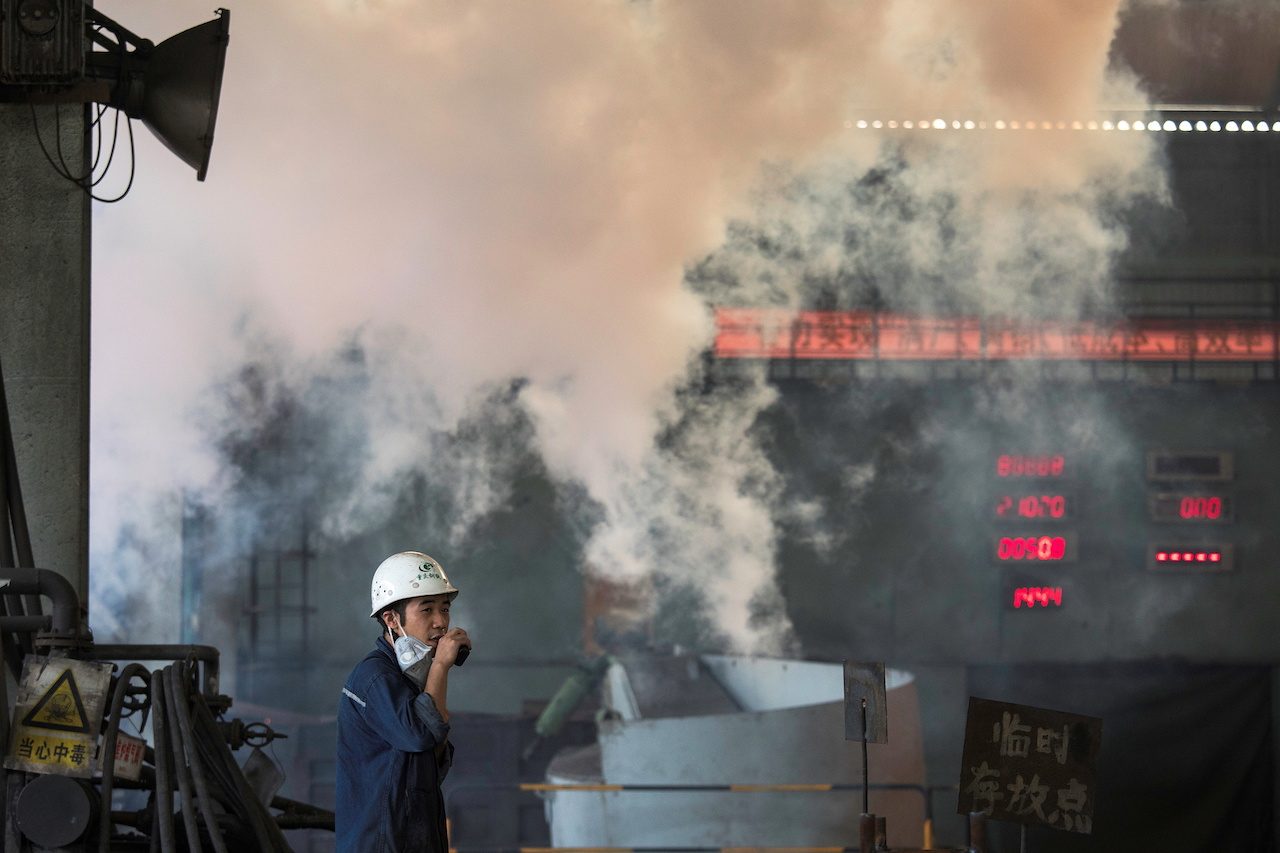 SMOKE. A worker stands near smoke from blast furnace at the Chongqing Iron and Steel plant in Changshou, Chongqing, China August 6, 2018.

Facebook Twitter Copy URL
Copied
The current pipeline of projects in development could remove only around 150 million tons of CO2 by 2025, well short of what’s needed, the report says

Projects in development will remove only a fraction of the amount of carbon dioxide (CO2) from the air that needs extracting by 2025 to meet the global Paris climate target and avert catastrophic warming, a report said on Wednesday, June 30.

More than 190 countries have signed the Paris agreement designed to limit global warming to 1.5 degrees Celsius, but even with pledges of big reductions in emissions many scientists believe removal technologies will be needed to meet the goal.

“Without action to deliver 1 Gigaton (Gt) of negative emissions globally by 2025, keeping global warming within the Paris Agreement target of 1.5°C cannot be achieved,” said the report by the Coalition for Negative Emissions (CNE), and consultancy firm McKinsey. It said countries will need to remove a billion tons of CO2 from the atmosphere by 2025, if the Paris target is to be met, and more than one billion tons annually thereafter.

The current pipeline of projects in development could remove only around 150 million tons of CO2 by 2025, well short of what’s needed, the report said.

Currently removal technology is expensive and while many countries around the world have initiatives in place to put a price on CO2 emissions, the prices are far too low to incentivise new projects. Will Gardiner, CEO of coalition member Drax, which is seeking to develop an emissions negative power plant using biomass and carbon capture, said countries could help to pay for the technology by awarding tax credits for each ton of CO2 removed.

Other members of the CNE, which includes over 20 companies, investors and trade associations, include Bank of America and the Confederation of British Industry (CBI). – Rappler.com