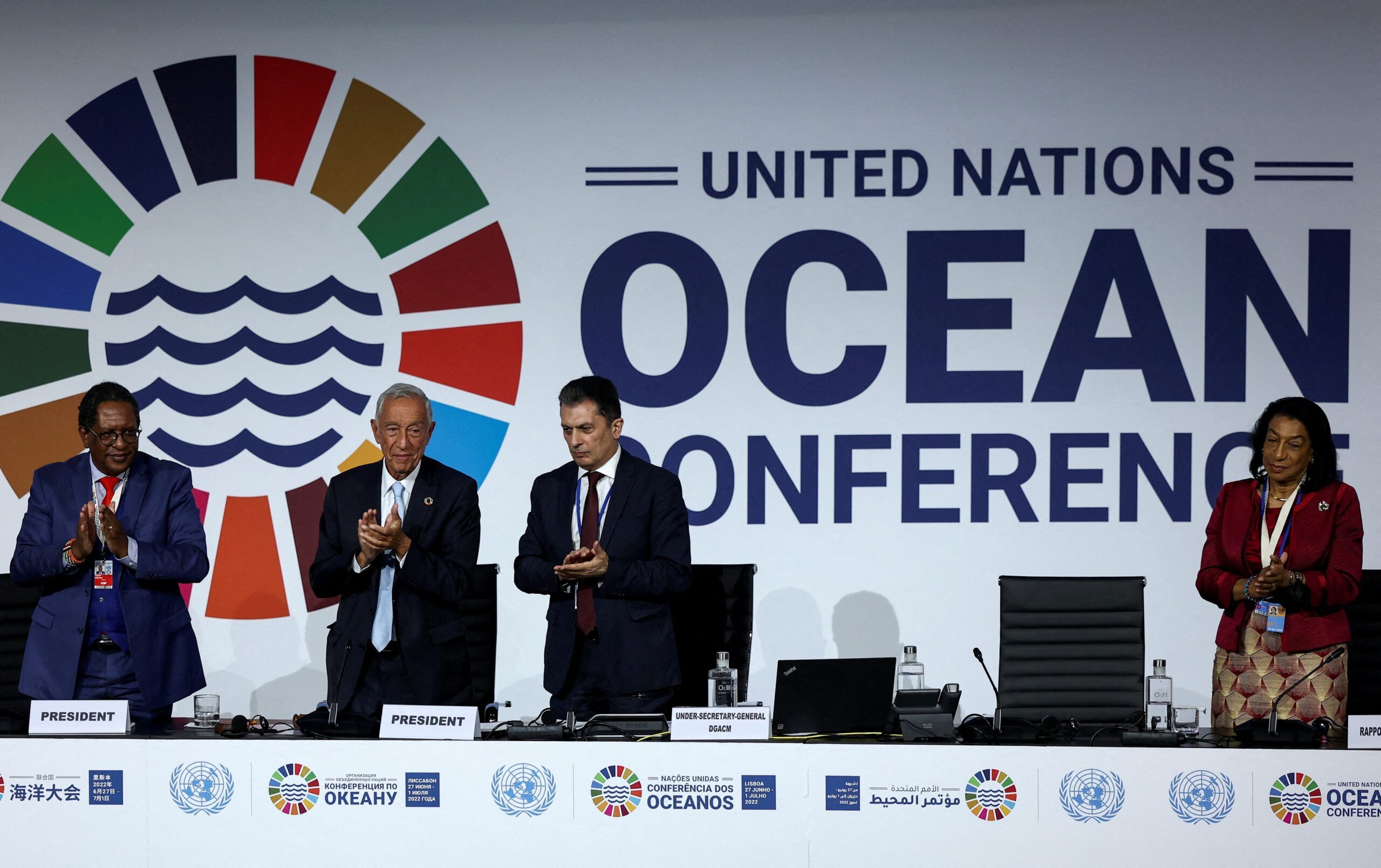 SAVE SEAS. Marcelo Rebelo de Sousa, Portugal's President, and Keriako Tobiko, Kenya's Cabinet Secretary for the Ministry of Environment and Forestry, applaud during the closing of 2022 UN Ocean Conference in Lisbon, Portugal, July 1, 2022.

LISBON, Portugal – Environmental groups on Friday, July 1, urged world leaders to keep promises they made at the UN Ocean Conference in Lisbon this week – to do everything in their power to save the world’s seas.

The conference brought together about 7,000 delegates, including heads of state, scientists and nongovernmental organizations. Many worried the energy crisis caused by the war in Ukraine could undermine efforts to fight climate change. Others, including President Emmanuel Macron of France, expressed concerns about deep-sea mining and some called for a moratorium.

Attendees at the conference assessed progress in implementing a UN directive to protect marine life.

The WWF told leaders to seize the momentum and resolve long-standing issues surrounding protection of the high seas such as plastic pollution by swiftly enacting and ratifying “robust global treaties.”

Lisbon is the last major political gathering before member states meet in August to try to hammer out a long-awaited treaty to shield open seas beyond national jurisdictions. Greenpeace’s Laura Meller said the success of the Lisbon conference would be measured in August.

“We have seen many declarations before, we have heard many promises, pledges and voluntary commitments,” said Meller. “But if declarations could save the oceans they wouldn’t be on the brink of collapse.” Negotiations on the treaty began in 2018 after a decade of discussions at the UN but member states failed to reach a consensus in March.

Mining of the deep-sea was a hot topic at the conference, with Macron saying on Thursday a legal framework was needed to stop deep-sea mining from going ahead.

There is growing interest in deep-sea mining, along with pressure from some environmental groups and governments to either ban it or at least enact appropriate regulations.

Several nations, such as the Pacific islands of Palau and Fiji, have called for a global moratorium on all deep-sea mining, citing environmental concerns and lack of sufficient scientific data.

“The momentum created this week…is a tipping point for the deep ocean, the blue heart of our planet,” said Sian Owen, director of the Deep Sea Conservation Coalition. “President Macron has effectively echoed the countless calls…to press ‘pause’ on any and all ambitions to mine the deep-sea.” – Rappler.com