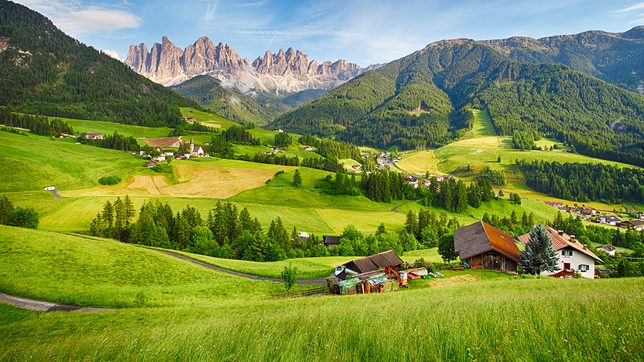 Facebook Twitter Copy URL
Copied
The EU puts its climate change targets in law, but does not yet have those to protect nature

The EU’s executive Commission last year published a plan to protect biodiversity, and has set out goals to halve the use of chemical pesticides, cut fertilizer use by 20%, and expand protected areas of land and sea by 2030.

The European Parliament on Wednesday approved a report calling for the targets to be fixed in law and backed up by measures to enforce them.

“We have a planetary crisis going on right now, not only in the European Union, of climate and biodiversity,” said Spanish lawmaker Cesar Luena, who wrote the report.

The EU has put its climate change targets in law, but not yet those to protect nature.

The latest EU biodiversity strategy is the bloc’s third. Previous plans have failed to stop unsustainable farming, forestry and the sprawl of urbanization from degrading natural habitats.

Key indicators of nature’s health are flashing red. Most of Europe’s protected habitats and species have a poor or bad conservation status, while a third of bee and butterfly species have declining populations.

Brussels also wants to build momentum ahead of a global summit on biodiversity in China in October, where nearly 200 countries will negotiate a new agreement to protect nature.

The EU has rallied behind scientists’ recommendations that to halt the decline of nature, 30% of the planet should be safeguarded through protected areas and conservation. Parliament said the EU should push to make that pledge legally binding. – Rappler.com