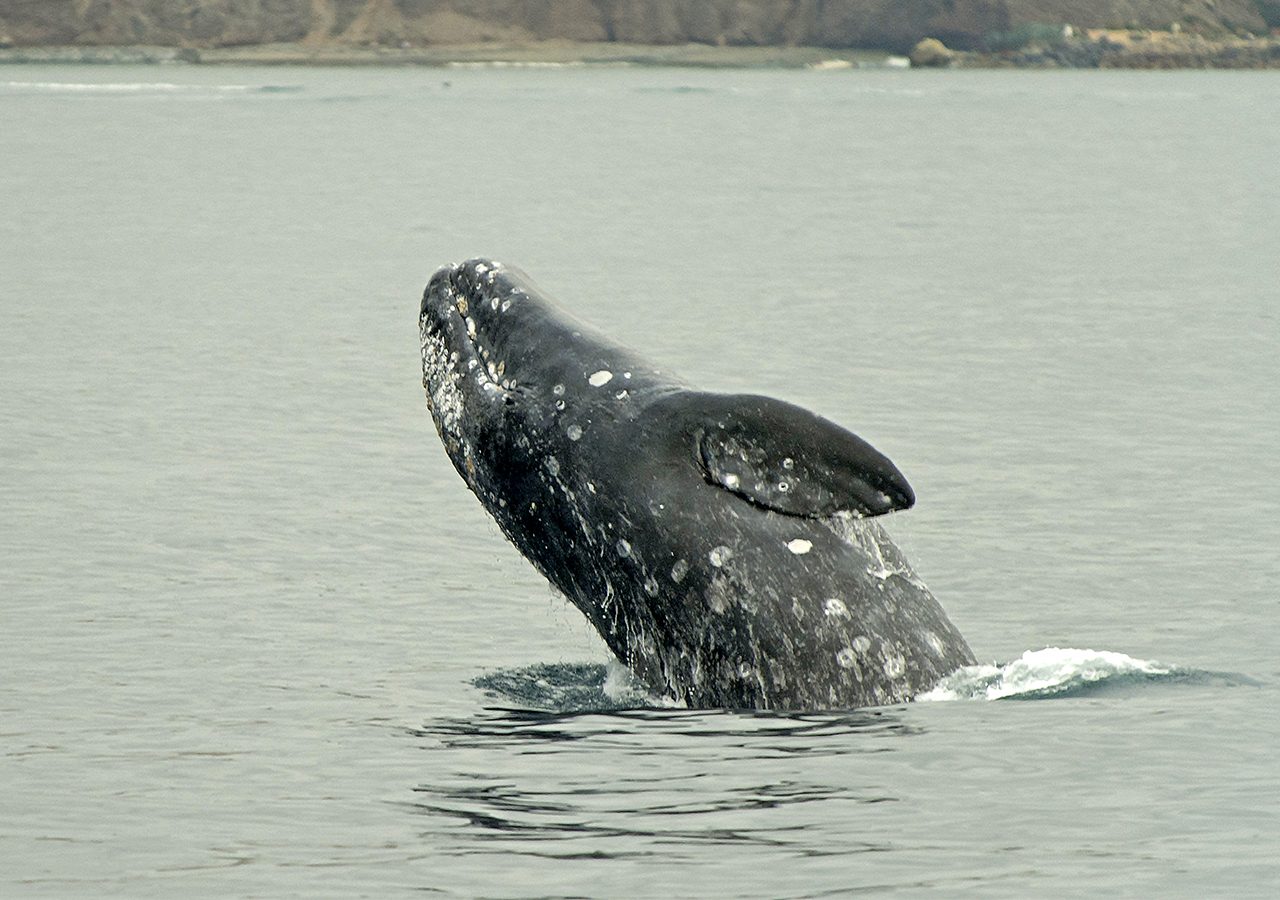 Facebook Twitter Copy URL
Copied
Many of the roughly 600 whales found washed up dead on beaches from 2019 to 2022 appeared malnourished, though some had died from other causes, such as boat collisions or attacks from killer whales

LOS ANGELES, USA – The number of gray whales migrating along the Pacific Coast of North America has steadily declined by nearly 40% from a 2016 peak, and the population produced its fewest calves on record this year, according to US research released on Friday, October 7.

The 38% drop from the population’s 2016 high of 27,000 whales to 16,650 this year resembles previous fluctuations but warrants further attention, the National Oceanic and Atmospheric Research Administration (NOAA) report said.

Researchers at NOAA’s Southwest Fisheries Science Center in San Diego said the latest decline, though not fully explained, likely entails several factors including environmental changes that have shifted the whales’ food sources of tiny crustaceans and other invertebrates they prey on in the Arctic.

“Given the continuing decline in numbers since 2016, we need to be closely monitoring the population to understand what may be driving this trend,” David Weller, director of the center’s marine mammal and turtle division, said in comments announcing the findings.

A spike in gray whale strandings detected along the West Coast of North America from Mexico through Alaska two years ago prompted NOAA Fisheries to declare an “unusual mortality event” for the population in 2019, triggering closer scrutiny of the phenomenon.

Many of the roughly 600 whales found washed up dead on beaches from 2019 to this year appeared malnourished, though some had died from other causes, such as boat collisions or attacks from killer whales, NOAA said.

Lost in the Mediterranean, a starving gray whale must find his way home soon The most recent count of baby whales that ended in May estimated calf production this year at about 217 newborns, down from 383 calves tallied last year and the lowest number since such counts began in 1994, NOAA fisheries said.

Gray whales, one of the largest animals on Earth weighing up to 41 tons and reaching lengths of 49 feet (15 meters), are known for their visible annual 10,000-mile (16,000-km) migration between feeding grounds in the Arctic and breeding grounds in Baja Mexico.

Gray whales of the eastern Pacific Ocean have seen sharp declines before, as in the late 1980s and early 1990s when their numbers similarly dropped roughly 40% before rebounding to a new high point, according to NOAA.

Commercial whaling once drove gray whales to the brink of extinction, but they have recovered enough to have been removed from the Endangered Species List in 1994. – Rappler.com