IN NUMBERS: The Philippines’ fisheries sector 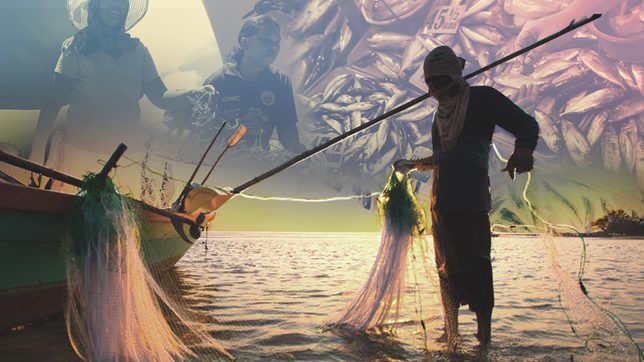 Facebook Twitter Copy URL
Copied
How much marine and inland resources does the Philippines have and how much do they contribute to the country's GDP?

The Philippine archipelago is rich in marine and inland water resources that contribute to the country’s fisheries industry.

Every day, the country’s thousands of fisherfolk catch fish, engage in gleaning, raise aquatic resources through aquaculture, and sell their catch at markets. All these end up in Filipinos’ dinner tables or are exported, contributing to the country’s gross domestic product (GDP).

Below, we get to know the fisheries industry through data from the Philippine Statistics Authority (PSA), the Bureau of Fisheries and Aquatic Resources (BFAR), and the Food and Agriculture Organization (FAO) of the United Nations.

Marine resources refer to the natural resources found in the country’s seas, bays, gulfs, channels, straits, and passages. In the Philippines, the West Sulu Sea is the largest major fishing ground at 29,993 hectares, followed by the the Moro Gulf (12,900 hectares) and the South Sulu Sea (12,642 hectares). These are located near Palawan, Zamboanga del Sur, Sulu, Tawi-Tawi, Maguindanao, and Sultan Kudarat.

This number includes swamplands, existing fishponds, and other inland resources. Laguna de Bay is the largest lake in the Philippines at 90,000 hectares, followed by Lanao Lake at 34,700 hectares and Taal Lake at 23,400 hectares.

In terms of areas, the Bangsamoro Autonomous Region in Muslim Mindanao (BARMM) contributed 21.19% of this amount, making it the biggest contributor to fisheries production in the Philippines in 2019. BARMM was followed by the Zamboanga Peninsula with 12.43% and Mimaropa with 11.35%.

According to data from 2018, the Philippines is among the 25 major producers of marine capture and inland capture in the world. That year, we ranked 11th out of the 25.

The Philippines’ rank has moved up since the 1980s, when we ranked 17th in total marine capture production worldwide. The country has steadily moved up over the years, ranking 15th in the 1990s, then 12th in the 2000s.

Impact on the economy

Despite the Philippines’ many marine and inland resources, the fisheries industry only contributes 1.3% to the country’s total GDP. – Rappler.com