Much ado about Imelda 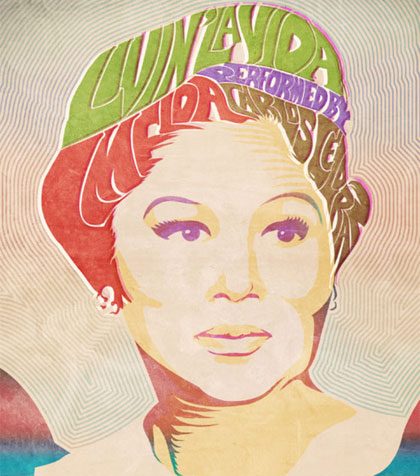 MANILA, Philippines – We might as well put it out there. When it comes to Carlos Celdran, I’m a bit of a fan.

There’s just something about his brash, loud, irreverent ways that fascinates me. Perhaps in a society where the norm is to deal with issues with discourses laden with passive-aggressive platitudes, somebody who posits very strong views about politics, history, culture and everything in between can be a very refreshing change.

Not that you are required to agree with him. I suspect that Carlos Celdran will even encourage a healthy debate, as long as you leave bigoted, narrow-minded thinking out the door. Whether he budges from his own beliefs is another matter altogether.

Carlos’s famed walking tours, for instance, have that unstated factor. Walking from Point A to Point B on his guided excursion allows him to present his analysis of Philippine history and society and how the past relate to the present. When he does this, you have to allow him the space to be controversial – not because the shock factor will start tongues wagging, but because he wants you shake people out of complacent views.

Listen closely, and you’ll hear Carlos punctuating his bombshells and juicy tidbits with “Di ba?!” and “Think about it!”

And when it comes to controversy, his walking tour that centers on a certain former First Lady certainly raises eyebrows, elicits surprised giggles and dares to explore sensitive issues.

Aptly called Livin La Vida Imelda, the itinerary is framed by the imposing structures constructed by Architect Leandro Locsin at the behest of Imelda Marcos (such as the Cultural Center of the Philippines, the Manila Film Theater, the Philippine International Convention Center and the Folk Arts Theater) and travels back in time to the era of the Cold War, Martial Law, disco dancing, 1970s beauty queens and Hollywood icons.

But what happens when you strip away the venues and the tour?

“I want to see if the story will be as strong without the architecture,” Carlos says. “Chance to distill story into its purest form.

And so the tour is now a show.

Which sounds a bit short-changed for what Carlos Celdran has been doing all these years. Every walking tour is a full-on performance, after all. And yet, for a month and a half, in 15 shows, Livin La Vida Loca will be moving from the street to the stage.

What happens now is that a one-man show that would travel physically from place to place is transposed onto a gallery setting with dance choreography, costumes, giant slideshows, selected artworks and a supporting cast that move together to enhance the narrative.

“No one goes offstage,” Carlos hints. “They transform in front of your eyes. So it’s like a play within a play.”

The storyline remains, using the biography of Imelda Marcos as the central devise.

Tackling the story of the iconic First Lady who stood beside a strongman’s two-decade rule, it recreates history from a unique perspective. Expect to hear about, of course, the Film Center controversy, Ninoy Aquino’s assassination, the 1986 snap elections and subsequent People Power.

And the shoes? Yeah, I suppose, but it’s not about that.

But why bother? Why a story about Imelda?

Carlos points to the Marcos family as the polarizing issue in Philippine society, and that’s really putting it mildly. Carlos makes no excuses for the Marcoses, but neither will he give any judgement.

Though he does give some commentary (so yes, the show can be somewhat biased), the side comments certainly make it more of a fun exploration than a preachy editorial. In true Carlos Celdran fashion, he teases his audience and baits them: to react, to pay attention, to think about the lines of “what if” scenarios.

Is everything that you know about Imelda and the Marcoses true, he dares you?

What if? Di ba? Think about it! – Rappler.com