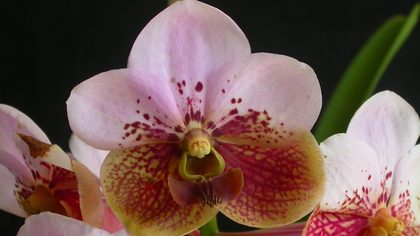 MANILA, Philippines – The Waling-waling may soon be the second national flower of the Philippines alongside the Sampaguita.

Rep Mylene Garcia-Albano (2nd district, Davao City), the author of the bill, said the Waling-waling (Euanthe sanderiana or Vanda sanderiana) is an indigenous and endemic species of plant, compared to the Sampaguita (Jasminium sambac), which originated from India and Arabia.

The orchid is endemic to Mindanao, particularly in Davao, Cotabato, and Zamboanga, and was first discovered back in 1882.

“The Waling-waling plant grows on tall diptherocarps but is never known to be a parasite. It lives on treetops reaching for the light of the sun, making it truly symbolic of the Filipino traits and characteristics,” Garcia-Albano said.

She also said the flower is one of the world’s most famous orchids.

The Sampaguita was declared as the national flower through Proclamation No. 652 on Feb. 1, 1934.