Audra Mari on her Filipino roots and American politics Facebook Twitter Copy URL
Copied
Audra, whose grandfather is from Pangasinan, shares some family history and how she handles criticism in a post-truth world

MANILA, Philippines – Miss World Americas Aura Mari was part of the delegation during the recent visit of the Miss World Organization in Manila. Audra, whose grandfather hailed from Pangasinan shared with Rappler that he would tells so many stories about the Philippines to her.

“My grandfather had 11 brothers and sisters. And a lot of the stories honestly were about the food. His mom was a stay at home mom. And his dad was a doctor and pharmacist, so he was always gone. His dad actually taught at [University of] Sto. Tomas,” she said.

“A lot of stories [were] about looking up to his dad and honestly, the stories [about] trying to get to the United States. That was in the 1940’s and ’50s, so there were some sad stories as well.”

As a beauty queen from the US, Audra is aware that she would be asked about her views with the current situation in her country. When asked how she handles the questions thrown at her regarding Donald Trump’s presidency and the issues her country faces, the North Dakotan native said, “I think it’s very fair that [I’m asked these questions] because as someone who competes in pageants and has been successful, you do have to have an opinion but you cannot offend people. I always just say stand by whoever our president is, whoever is our leader, do your best to support.

“And if you’re angry about something that was said or something that is being said… don’t fight hatred with hatred. I mean whoever your president is, you have to try…now that I’m traveling around the world, people ask me like, ‘Oh my god is it awful?’ And guess what, yeah the news portrays it as this awful place but you know, day-to-day in the United States has not changed.” 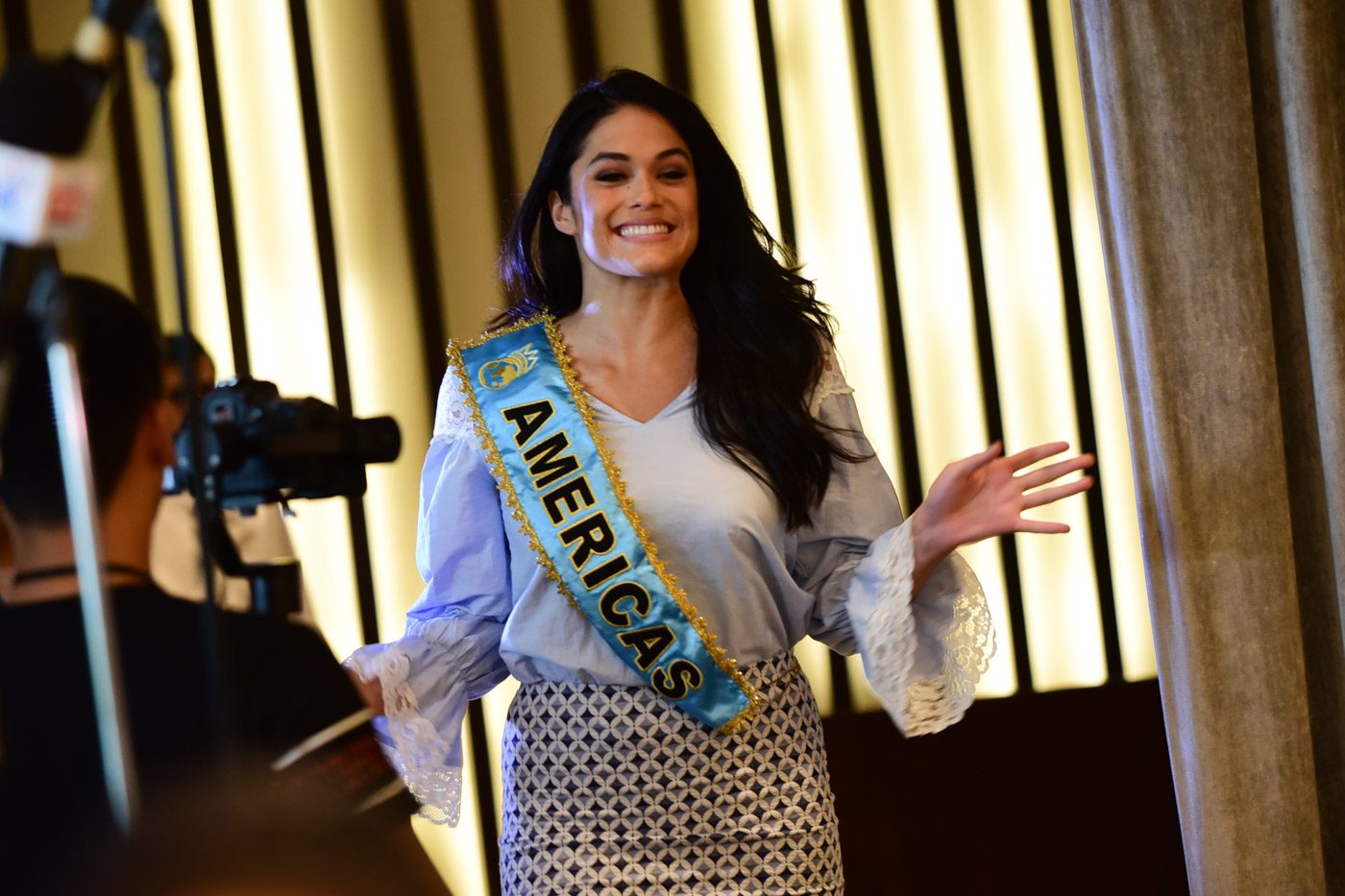 As a title holder looked upon and critcized by many, Audra said she makes sure to turn it into a positive matter. “You’ll receive a lot of angry messages on social media, you’ll always [have to deal with] someone who is critiquing you, and you just have to keep your head held up high because at the end of the day every girl that’s here is competing and representing their country with the best of their abilities and the best that they can,” she said.

During the interview, Audra said that given the chance, she would like to go to Pangasinan to get to know more about her grandfather’s birthplace.

Following coronation night on Sunday, September 3 and their visits to the foundations and hospitals, Audra was able to take some time to visit Cebu and experience the places such as Kawasan Falls and Sumilon Island.