The nose knows: all about rhinoplasty 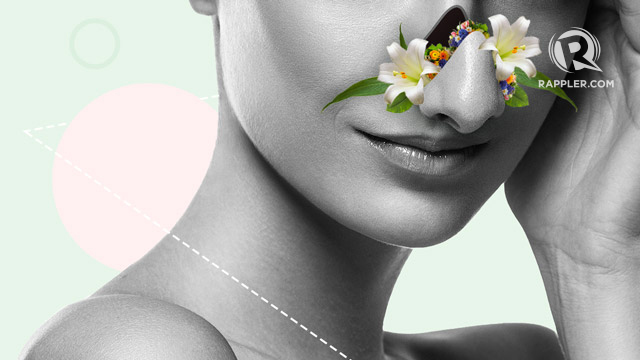 MANILA, Philippines – Rhinoplasty is an idea many people still turn up their noses at. The moment a celebrity is suspected of it, the public starts chiming in with their suddenly strong opinions. But the cosmetic procedure is more common than the judgy attitude towards it indicates.

According to Dr. Eduardo Yap, ENT-Facial Plastic Surgeon at Belo Medical Group, rhinoplasty is among the most common cosmetic procedures in the country, second only to blepharoplasty (eyelid surgery).

In general, there are two types of rhinoplasty, Yap explained: reduction and augmentation. Reduction rhinoplasty is basically when parts of the nose are reduced and made smaller – whether its the bridge, tip, or nostrils. This is particularly common among Caucasians and South Asians.

On the other hand, augmentation rhinoplasty involves enlarging parts of the nose to get the desired shape – augmenting the nose bridge or tip for instance. This type of rhinoplasty is particularly common in the Philippines and Southeast Asia, where people have naturally lower nose bridges.

Anyone can be a good candidate for rhinoplasty, for as long as they really want it and are in good medical condition.

Those who have bleeding diseases like hemophilia, immune system disorders like HIV, or severe diabetes cannot have rhinoplasty because according to Yap, the healing process will be compromised.

According to Yap, most of his patients are working professionals in their 20s and 30s, though he’s had patients as young as 15 and 16 years old who were brought in by their mothers.

Sunshine* was 21 and entering med school when she underwent rhinoplasty. She was supported by her parents, who shared the cost of the surgery with her as a graduation gift.

Sunshine says he went for it because her flat nose was something people kept bringing up while she was growing up.

“When I was younger I always had that stigma from people that I was beautiful, but pango (flat). At first it didn’t affect me much cause I thought my nose was just right but as I grew up I noticed that it was flat and when I was given an option to have it done, I decided why not?” she shared.

But deciding to do the rhinoplasty is only the first step in a long process. Figuring out who to go to is also another challenge.

Yap recommended finding an ENT who is also trained in doing aesthetic surgery. It is also important to ask the potential surgeon to show results and photos of his previous patients. He also warned people not to be fooled by affordable deals on rhinoplasty.

After settling with a doctor, a thorough consultation is conducted, during which a medical workup is done, medical history is taken, and expectations are set.

“We request for blood tests, ECG for the heart, and x-rays for the lungs. If we have a patient with diabetes, we want to know if it’s controlled or not,” Yap said.

He also stressed the importance of managing the patients’ expectations

“[The] patient should have realistic expectations. It means you should know you can only improve this much. For example the patient will say, I want to look like so-and-so, this is impossible because we all have our own anatomy, or own, anatomic structures,” he said. “We cannot change the anatomy, we can only alter a little bit.”

“Surgery is for improvement and not for perfection. Your patient should be well informed that surgeons can only alter the existing anatomic structures.”

Yap also said that it is very important that a patient discloses any prior surgeries, especially if they have previously had rhinoplasty before.

“There were times when the patient concealed [previous surgeries] and during actual surgery, the structure was upset, we could not do anything better,” he said.

In Sunshine’s case, she went for an initial consultation 4 months before her actual surgery, after which she began mentally preparing herself.

“They explain to you the process, pro’s and cons if there are any, and answer your queries about the operation,” she shared. “It took me a month before we confirmed to push through with the procedure.”

One of the bigger concerns she weighed in her head as she considered surgery was how people would react.

“That was what I was so worried about pre-during-post surgery. But I realized I want to do this so live with your decision regardless what other people say,” she said.

According to Yap, the actual surgery on average lasts two to 3 hours.

If the surgery involves implants, doctors use either synthetic or autologous material. Synthetic material is either silicon or Gore-tex, a material that, according to Yap, adheres better to the bone. Autologous material is taken directly from the patient – either from their ear or rib cartilage.

While the surgery is relatively safe, it still comes with risks. According to Yap, these include a bad reaction or infection from the synthetic material, though this is uncommon. Reactions, he said, often come out within the first two months of the surgery. Aside from the implants being infected, the surgery itself may also be infected. Hematoma, or excessive bleeding, is another risk.

Rhinoplasty is an outpatient procedure, which means that the patient can go home right after it. Sunshine, however, chose to be confined for two days after, as a precaution and to allay her parents’ worries.

She shared that the pain hit after the surgery, “but it was really very minimal or I guess my pain tolerance is high I think?”

“My doctor said that there would be pain, like in any operation once the anesthesia wears off, but for me it wasn’t really bothersome. It would sting from time to time but I rarely drank pain killers for it,” she said.

In Sunshine’s case, it only took 3 weeks for the scars to heal and the swelling to go down, though Yap said that it can take up to 8 weeks for the nose to fully heal.

During the healing period, he said patients have to take extra care of their nose and ensure that it doesn’t get hit.

“After one week the nose is good looking, and you may think everything is okay, but it is still in its healing stage. I would say after two months your nose is okay it can absorb a certain amount of impact already, but during the first two months, avoid your nose being hit, avoid contact sports, avoid extreme sports. Avoid swimming in a crowded pool because your nose might get hit [accidentally while] in the water,” he said.

He added that going to the gym, running, and doing other exercises are okay within the first two months.

After the surgery, Sunshine said she was pleased with the results, though she doesn’t really tell many people that she’s had it.

“[I only tell] those who understand the situation, like my med friends,” she said. “But you know for me I don’t have to brag about it – it’s more of what you see is what you get.”

“Plus here in the Philippines, we always get that judgmental look from people when we have plastic surgery done and I don’t want the fuss,” she said, sharing that when some of her relatives commented on her new nose, she would just tell them that her face was maturing.

Understandably, having a nose that was obviously and noticeably done is a big concern for most patients, though as Yap said, it really is impossible for certain people not to notice the change.

“People don’t like rhinoplasty because they are afraid of a surgical look, that’s why the doctor should inform the patient very well that after the surgery, sorry to tell you but it will be halata (apparent). For you, your family, husband, children, but it won’t be halata for people who don’t know you,” he said.

Yap also said that post-surgery, it is recommended to not have rhinoplasty again.

There’s a saying, do the best the first time. It is highly recommended that surgery should be limited to one,” he said. “Repeated surgery will bring about too much scarring. Too much scarring can make the nose stiff and plastic looking.

“Human tissue is not a machine that you can unscrew, check everything, repair everything, put the screw back and that’s it. Every surgery will entail a scar, that’s why it’s best to have everything done in one surgery,” he explained.

Sunshine, who split the cost of the surgery with her parents, said she paid 5 figures for the procedure, though she was hesitant to disclose exactly how much.

Yap said that surgeries cost anywhere from P80,000 to P120,000 or higher for more difficult procedures. Any lower and people should be dubious.

“It’s very subjective. It’s very hard to give prices because first of all, in doing rhinoplasty, it shouldn’t be a commercial thing. Don’t be, should we say, trapped into commercialism like Buy 1 Take 1 promos, something like that, Rhinoplasty for only P25,000…I would rather advise you save up for it,” he said. “If you really want it done well, go for the better one.” – Rappler.com

*name has been changed at interviewee’s request