Pageants are fun but… Facebook Twitter Copy URL
Copied
It's okay to support a candidate but putting another candidate down, criticizing a queen harshly, or bashing them online is a different story

MANILA, Philippines – It’s pageant season and just like that, the Binibining Pilipinas has crowned its new set of queens, who will compete in their respective competitions for 2018.

Having covered national pageants for almost 4 years as part of my assignment with the Lifestyle and Entertainment section, I’ve seen the behind the scenes, the glitz, glamour, the hard work, and even the support of the fans.

Through the years, I’ve personally seen how fans are so supportive and passionate in cheering for their respective candidates. It was through them that I actually got the chance to be close to some of the candidates, getting to know them on a deeper level, or beyond the introductions during press presentations.

For this year’s pageant, many of the people I met supported different candidates. Many of them respect each other’s preferences. The fans of Catriona Gray, Sandra Lemonon, and Michele Gumabao were cheering for each other at the Smart Araneta Coliseum.  They all fun as they tried to pull off the loudest, the most pasabog (awesome) moments. But there were also times when the rivalry would read its ugly head. A friend of mine shared that one candidate was approached by a supposed fan of rival candidate and told that candidate she would never win. That candidate who got harassed by a rival’s fan ended up as part of the Top 15.

There was also an incident involving the fans of Catriona and Bb Pilipinas International 2017 Mariel de Leon.

Prior to coronation night, the Road to the Crown special was aired on ABS-CBN. In the show, candidates were given a series of exercises including a speech workshop. During that particular episode, Catriona did an impromptu speech. Mariel, who was tasked to comment on it, said that while she loved Catriona, the candidate still sounded a bit “scripted.” This did not sit well with Catriona’s fans. Mariel defended herself, with co-queens Katarina Rodriguez and Elizabeth Clenci also speaking up in her defense. (READ: LOOK: Mariel de Leon, Catriona Gray meet before pageant night) 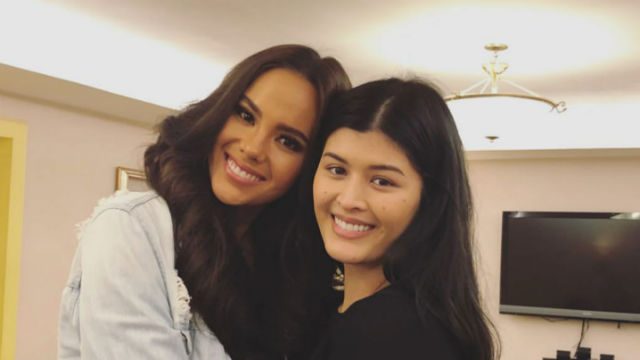 And just recently, fans called out former titleholders Maggie Wilson and Bea Rose Santiago for their comments about Catriona winning the Best in Swimsuit award. Both said that while they were cheering for Catriona, they felt another candidate was better suited for that award.

Because of their comments, Maggie and Bea were attacked online, with some even dragging Maggie’s family into the issue.

Maggie had to issue statements on her Instagram stories, asking Catriona to tell her fans to calm down and be respectful. Catriona, for her part, also issued statements to the fans to stop the hate. But it’s not just about Catriona’s fans. Fans of various candidates in pageants tend to be sensitive, turning small matters into big issues. Constructive criticism is fine, yes, but dragging innocent family members into the picture is downright disrespectful.

Pageants are supposed to be fun, where friendships and sisterhood are formed. The candidates appreciate the love and support given to them. It’s okay to support a candidate but putting another candidate down, criticizing a queen harshly, or bashing them online is a different story. You won’t be a big help at all.

While it’s impossible to expect pageant-related bashing to end anytime soon, perhaps it would be best for fans to take some time between now and the next Bb Pilipinas pageant to reflect on how they can support the beauty queens without resorting to attacks on rival camps.

We are all entitled to our opinion and we should respect that. After all, we will be supporting all the queens once they compete. They will need all the support they can get when they step on the international pageant stage wearing the sash of the Philippines.  –Rappler.com