Craving both K-BBQ and Pinoy spaghetti? Fantastic Baka’s got you covered 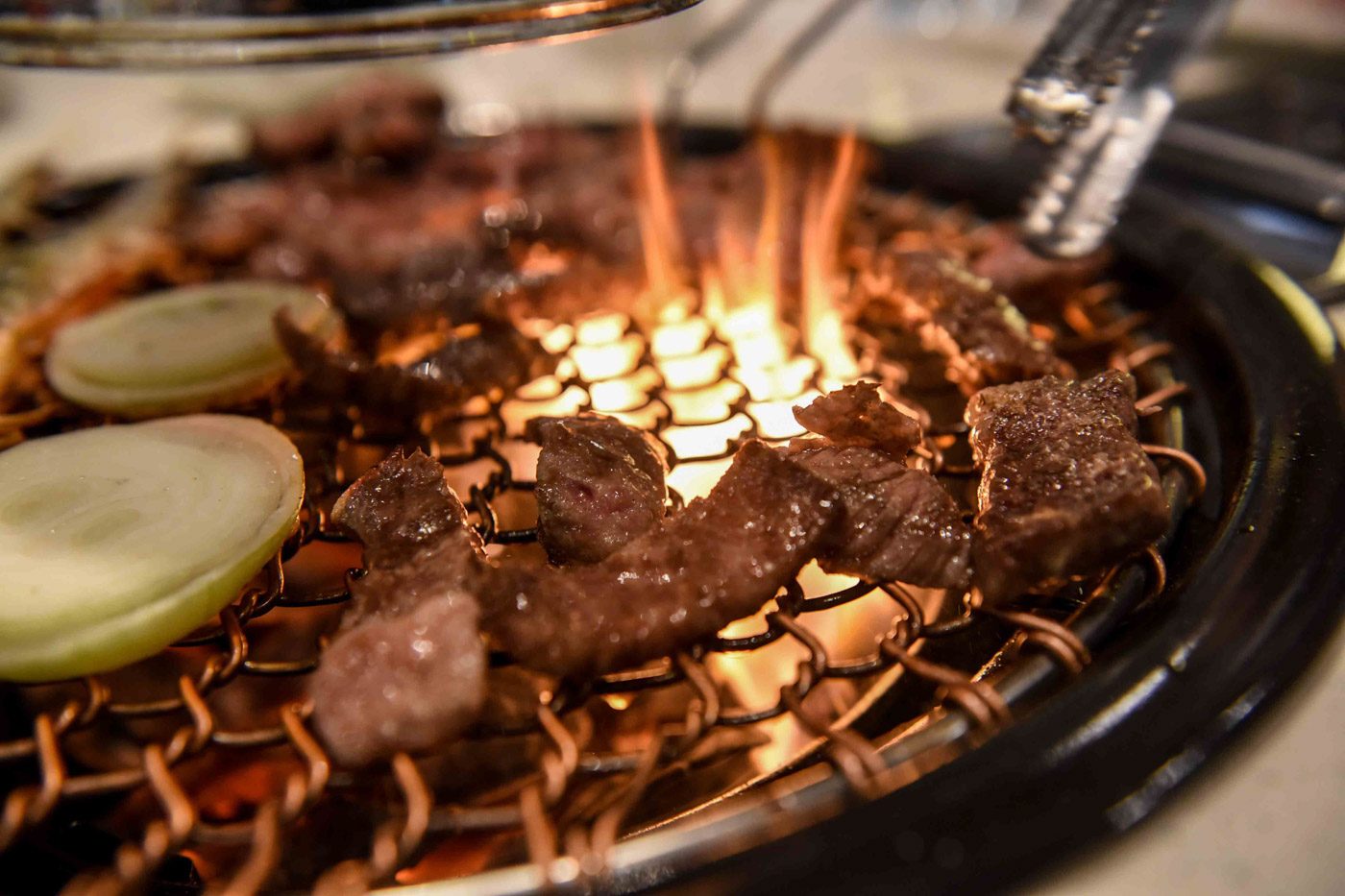 One doesn’t simply eat Korean BBQ – in many ways, one is subjected to it. One’s freshly shampooed hair is often at the mercy of the smell of meat from the grill, one’s clothes vulnerable to kimchi sauce spatter, one’s forearms possibly the victim of the occasional pop of oil from the grill. Not to mention, there’s a lot of maneuvering involved, a lot of meat flipping, passing plates and serving utensils around, and also some hasty chewing as one hurries to make space for the meats that have to come off the grill.

Despite all this, K-BBQ joints are mushrooming all over the metro. Chalk it up to the Hallyu Craze that heightens everyone’s cravings for anything related to South Korea, or the Pinoy appetite for slightly chaotic environments and grilled meat. 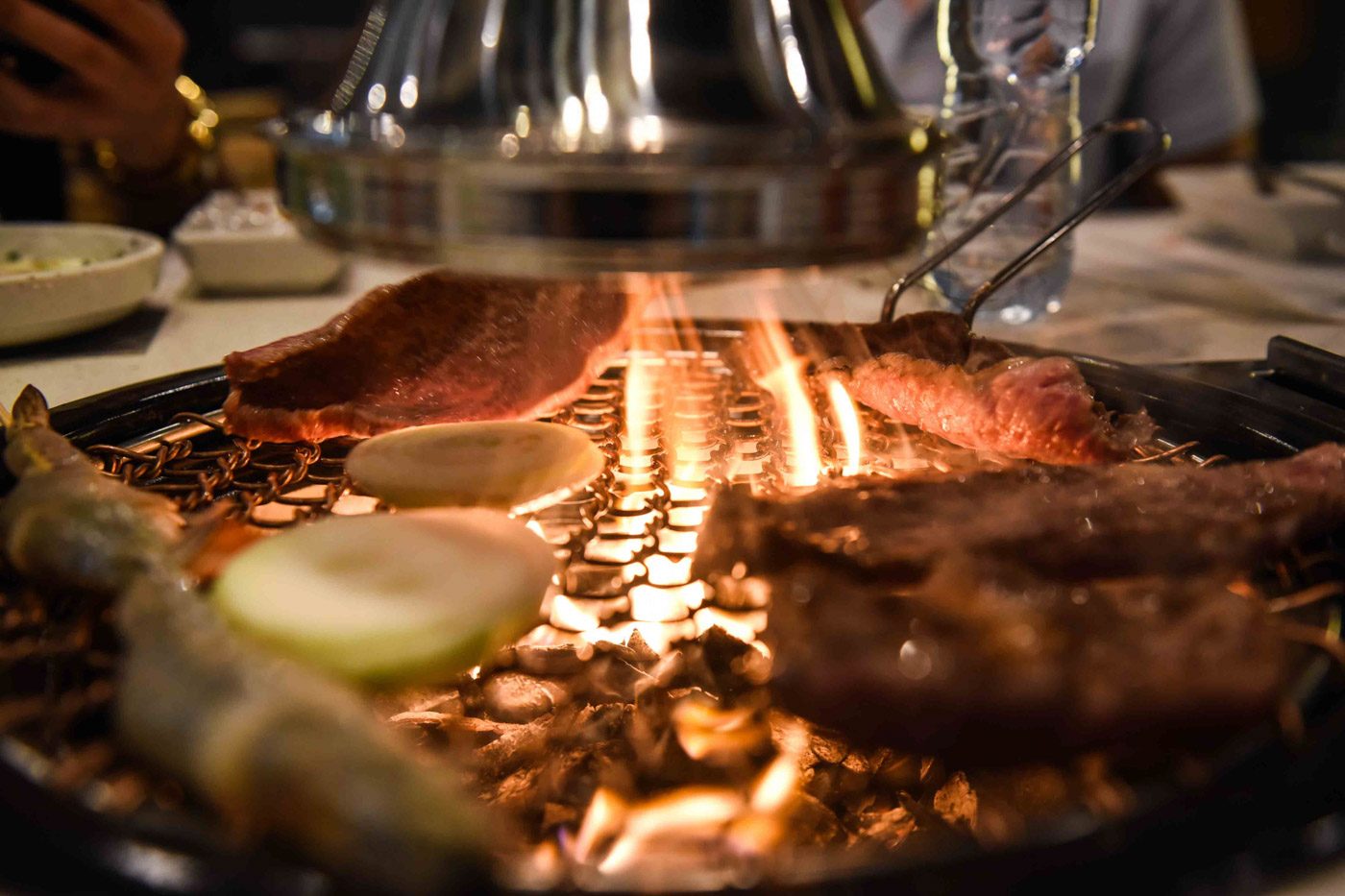 Whatever it is, K-BBQ looks like it’s here to stay and the key to enjoying the experience – apart from simply accepting the fact that you are not leaving the restaurant feeling as fresh as you did when you entered – is, of course, finding a good K-BBQ restaurant that will make the inherent inconveniences of eating there worth it.

In Metro Manila, due to aforementioned mushrooming, we are spoiled for choice in that regard. K-BBQ joints are everywhere – from the crop of Korean restaurants in the Poblacion nightlife area and Tomas Morato with very Korean-sounding names that their authenticity goes unquestioned, to the establishments that have clearly put a Filipino twist on the cuisine, such as Samgyupsalamat, and the newly-opened Fantastic Baka (literally, Fantastic Cow).

Located along Mother Ignacia, right across ABS-CBN, Fantastic Baka with its table top grills looks like your usual K-BBQ place – and it is, except for the fact that it’s head chef is Jang Jung Yun, who used to work at the 3-Michelin-starred Seoul restaurant, Gaon. Like many other K-BBQ places, Fantastic Baka also offers Unlimited sets – which, come to think of it, may be another reason why K-BBQ is such a big hit among Pinoys who are formidable challengers to any unli-offering from any restaurant. At Fantastic Baka, sets range from P599 to P799. The sets are pretty much the same: unlimited meat, and 20 different kinds of side dishes, also unlimited.

The main exception between the two sets is that the pricier one includes premium cuts of beef and pork such as prime chuck eye roll, thick and thin-cut pork belly, and seasoned bulgogi. Ultimately, how the meats taste comes down to how much you pay attention to them while they are cooking, because no matter how premium a cut of beef is, if you leave it on the grill for too long because you’re enjoying the conversation with your tablemates, it will burn.

That said, Fantastic Baka’s K-BBQ sets will certainly satisfy one’s craving for Korean grill, and in the crop of restaurants offering the same thing, it definitely holds its own. 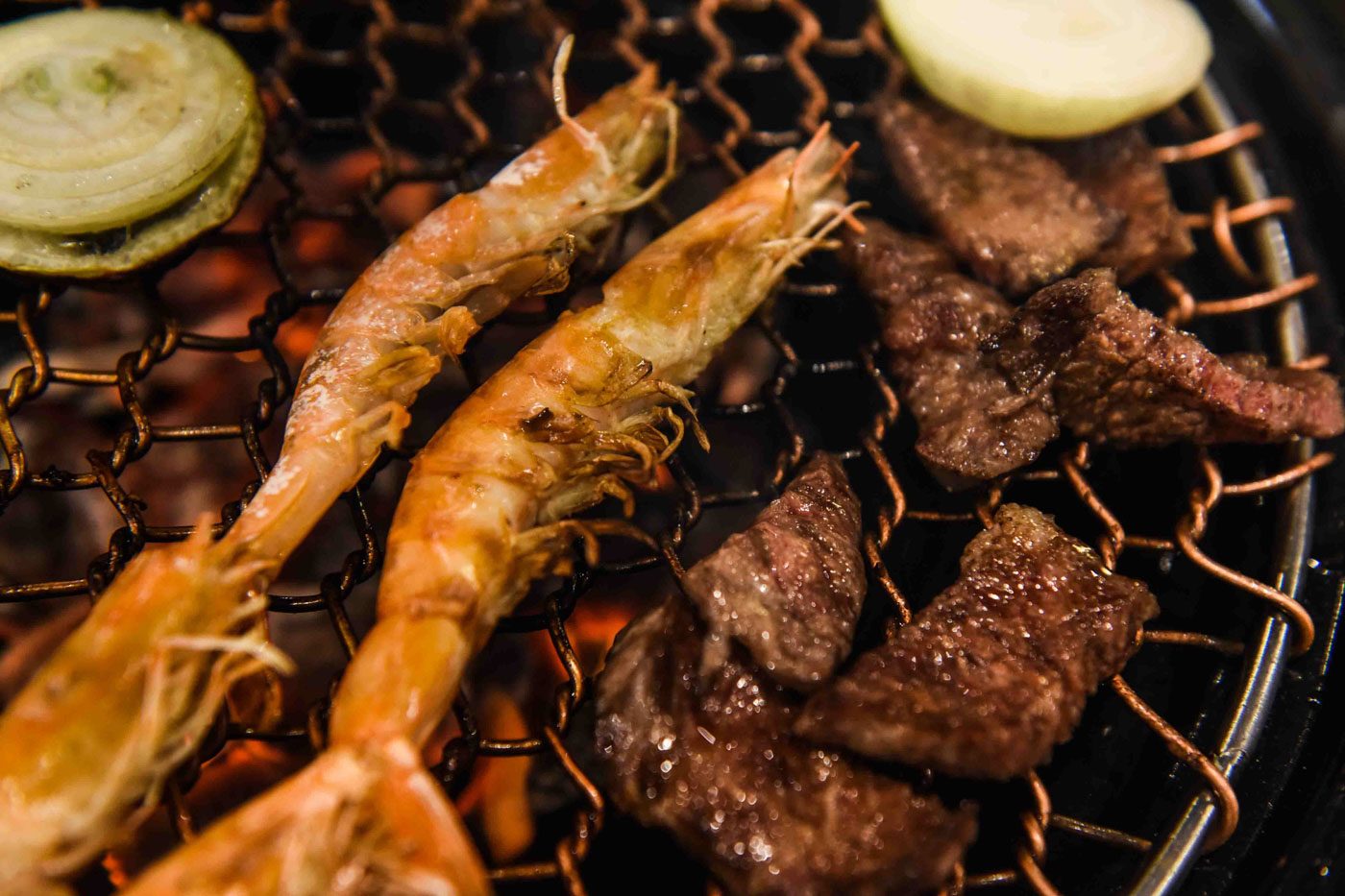 What’s interesting about Fantastic Baka is its concession to Filipino cuisine, which, according to Chef Jang Jung Yun, was something she kept in mind when creating the menu.

Among the side dishes is a spaghetti dish whose bright redness is reminiscent of the Pinoy birthday party staple. While the dish may be the Korean-Recipe spaghetti that is referred to in the menu, it certainly tastes like the noodles we all ate at birthdays and stil order at fastfood restaurants, and there’s no shame in that – Pinoy spaghetti is Anthony Bourdain-approved after all. Among all the prime cuts of meat, there are also skewers of prawns, and more importantly, a variety of red hotdog that is not unlike the kind many Pinoy kids will know from their childhood packed lunches. 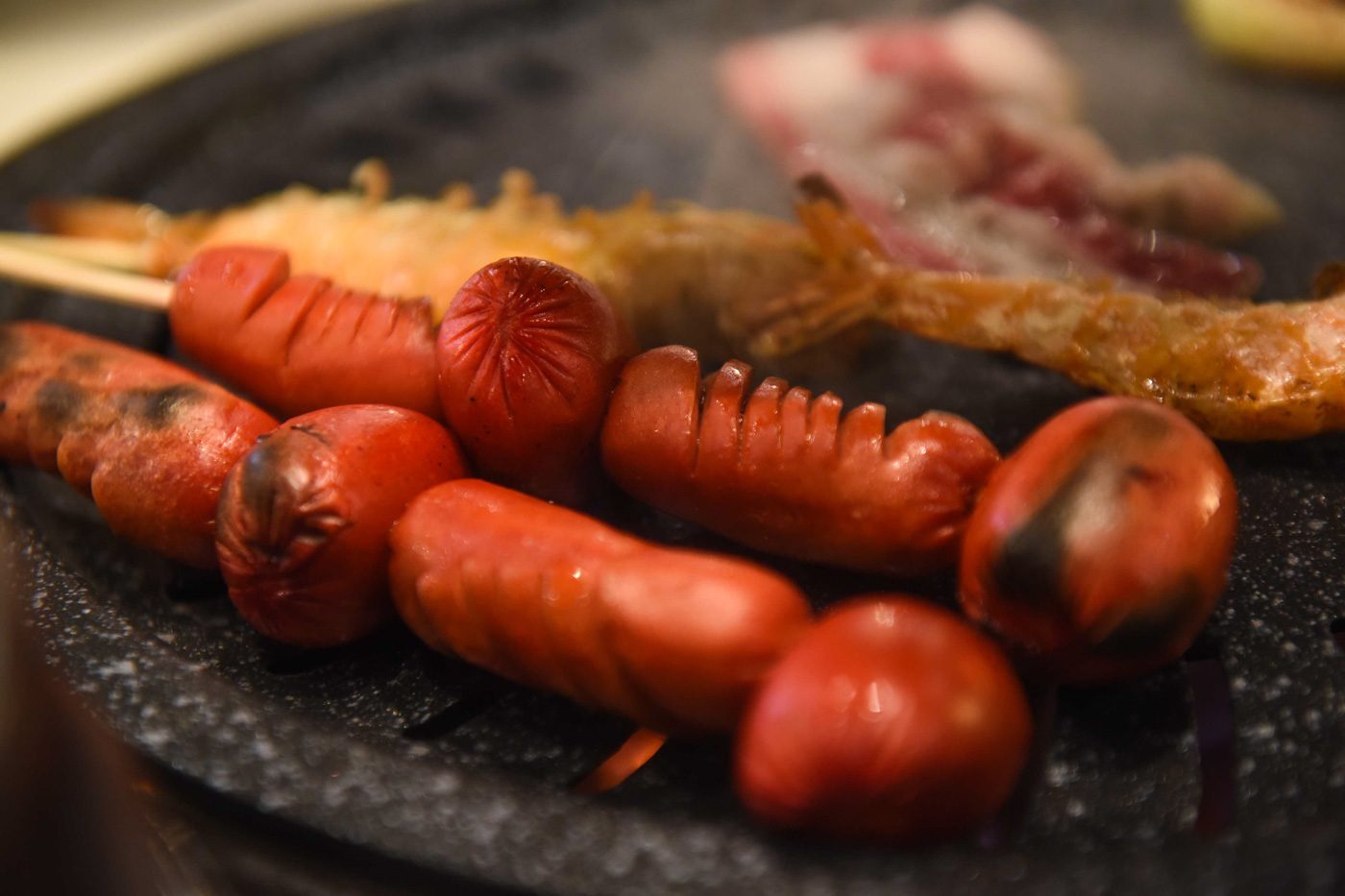 With a spread that has these very Pinoy food items right next to Korean favorites like Jap-chae, Korean chicken tenders, and freshly-made Kimchi, Fantastic Baka is a Filipino way to experience authentic Korean cuisine — exactly as its name suggests. – Rappler.com