Everything you need to know about IKEA’s first PH store 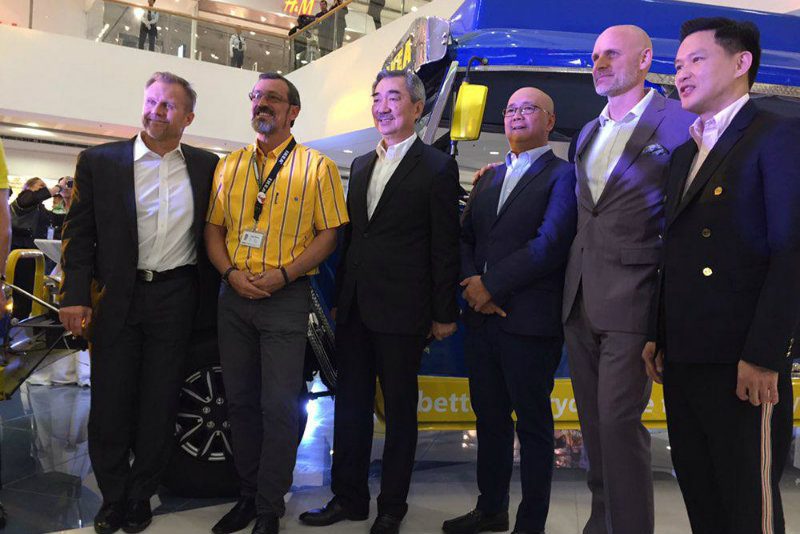 Facebook Twitter Copy URL
Copied
How much money is being poured in and how big will it be? Here's what we know so far.

MANILA, Philippines – It’s been rumored and talked about for years.

On Tuesday, November 20, the official announcement was finally made: IKEA is opening its first store in the Philippines in “late 2020.” While that’s a couple of years away, here’s what we know about the store:

IKEA Philippines will be huge. At a whopping 65,000 square meters (estimated at around 150 basketball courts), it’s going to be the biggest store in the world. It’s going to have two floors and will have the usual IKEA features – a showroom, a restaurant, market hall, checkout area, and of course, floors devoted to parking space. It will be located at the Mall of Asia complex, between SMX and the Mall of Asia Arena.

Yes, meatballs will be there. In case it isn’t clear yet, the restaurant will serve the world-famous Swedish meatballs.

It took years to plan. An IKEA Philippines team based in Makati City has been in existence for over two years now. The IKEA team explained it took time for them to finally announce an opening date, a site, and other details since they wanted to understand the Philippine market first.

It’s not just going to be a physical store. IKEA Philippines will include an e-commerce portal with plans of services beyond its physical store at the Mall of Asia. The Philippine website, in fact, is already up – but you can’t buy items from the site just yet.

Delivery options are being explored. IKEA officials told Philippine media that the IKEA experience typically includes driving to the store, picking out an item, putting in it your car, installing it at home, and using it soon thereafter. But IKEA Philippines officials are keenly aware of Metro Manila’s traffic woes and will take that into consideration. They’ll definitely be offering “home transport services.”

The prices will be “lower than the competition.” IKEA is, of course, primarily known for its affordable – arguably, even cheap – pieces. IKEA officials, without going into detail, say the same will stay true when it opens its Philippine store.

It’s a result of a partnership. In the Philippines, IKEA is partnering with Filipino business giant SM. IKEA will be SM Supermall’s biggest tenant yet. But when asked about stores outside of Manila, SM Supermalls vice president Steven Tan said: “Let’s focus on the first store. [But] we will see, definitely. This is a marriage without divorce.”

Will they source from the Philippines? IKEA was a little more vague about this, pointing out that they’re a retailer, not a manufacturer. Still, IKEA officials said they would “do [their] best as the retailer to influence [the process of selecting where to source raw materials].” – Rappler.com