Jan 31, 2019 6:30 AM PHT
Rappler.com
Facebook Twitter Copy URL
Copied
The Filipino-Australian beauty queen also approves of medical marijuana and thinks it's about time divorce be made available in the Philippines 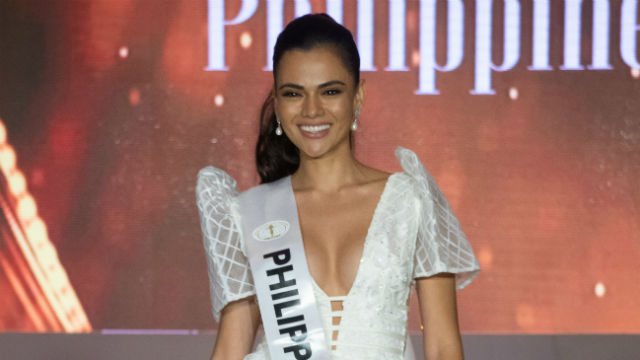 MANILA, Philippines – Miss Intercontinental 2018 Karen Gallman started her media blitz this week after winning the country’s first ever title in the pageant. The questions weren’t easy – she was asked her view on a number of hot issues in the Philippines.

In an interview with Karen Davila on ANC Wednesday, January 30, the 26-year-old Filipino-Australian titleholder said she didn’t agree with legislation that would lower the minimum age of criminal liability to 12 years old. The House of Representatives recently passed the measure on final reading. The Senate may soon pass a similar measure.

Karen also said she doesn’t see anything wrong with marijuana for medical use.

“I think there’s a few benefits to marijuana if it’s used health wise. But then for me, I think it’s such a bad habit if you’re just smoking it for the sake of smoking it.

“For medical purposes, then yes. But to be available to anyone just for the sake of smoking it, I don’t think it’s a good idea,” she said. The House of Representatives also recently passed a medical marijuana bill.

The country’s first Miss Intercontinental also said she’s in favor of legalizing divorce. “People change over the course of years…There’s also the abuse in the relationship, I think the woman or the man should be able to leave that person and not suffer.”

The Philippines is the only country in the world aside from the Vatican that doesn’t allow divorce.

Karen, who represented Bohol during last year’s Binibining Pilipinas pageant, has been doing charity work and plans to pursue her advocacy of compulsory education in the rural parts of the country.

She won over 80 plus delegates from the all over the world last Saturday, January 26, during the pageant’s coronation night. Her win closed Binibining Pilipinas’ year with two crowns, one 1st runner-up, and two semifinals positions. – Rappler.com