Apr 8, 2012 1:42 PM PHT
Agence France-Presse
Facebook Twitter Copy URL
Copied
Today, anyone with a wad of cash and a sense of adventure can dive to the Titanic's deepsea grave. 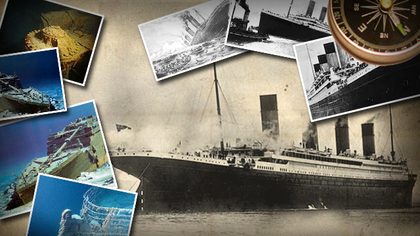 PARIS – Today, anyone with a wad of cash and a sense of adventure can dive to the Titanic’s deepsea grave, but behind these tourist jaunts lies a long and daunting tale of scientific endeavor.

After the Titanic sank on April 15, 1912, schemes proliferated for salvaging it — from packing the ship with pingpong balls or using magnets or balloons to bring it to the surface.

But these wildfire schemes ran into the reality of locating the liner in the deep, dark depths of the North Atlantic.

The honors went to French and US researchers whose rigor, perseverance and game-changing technology led them to the grave of the greatest ship of its time.

“You need good tools and a good historical study to know where to search,” Jean-Louis Michel, the engineer who was the first to see images of the wreck, told AFP.

Michel was one of a team from the French Research Institute for Exploration of the Sea (Ifremer) and the Woods Hole Oceanographic Institution (WHOI) in Massachusetts.

On July 10, 1985, they set out aboard the French research ship Le Suroit on a quest to find the legendary wreck.

“So by bringing together all these means and by sharing the cost of the research, it seemed possible.”

The scientists collated every scrap of evidence they could find: logbooks from ships that had been near the disaster area, witness testimonies, weather and current data and information from searches in 1977, 1980, 1981 and 1983.

They narrowed the search zone to about 400 square kilometers (155 square miles), nearly five times the area of Manhattan.

The team cautiously lowered the new sonar and a magnetometer, a device that picks up magnetic anomalies caused by large metal objects.

Day by day, Le Suroit ploughed backwards and forwards, towing the array at a depth of 15-20 meters (48-65 feet) above the seabed, scanning strips of floor a kilometer (0.6 of a mile) wide.

On August 25, with Le Suroit called to other duties, a WHOI vessel, the Knorr, took over under oceanographer Robert Ballard.

He deployed a remote-controlled, deep-sea vehicle called Argo, fitted with cameras — a huge and costly innovation at the time.

On September 1, watching the screen aboard the Knorr, Michel became the first person in more than 73 years to see the Titanic.

A few meters (yards) later, he spotted a “shining reflection” on the screen — a sign of something metallic.

As the camera inched forward, “there was more and more metal, and in the metal we recognized some pieces of railing … it was pieces of ship.”

Despite the stunning find, they were not yet sure it was the Titanic.

“Next step, we arrived on big pieces of metal … and a few meters later we were on the biggest structure, four meters in diameter, eight meters high, in fact it was a boiler and I recognized it” from photos of the Titanic.

“All those victims dying in the cold water, I was thinking of that. Because we were exactly there where they died.”

The wreck had finally been found, broken in two, 21.2 kilometers (13.2 miles) from the final SOS coordinates transmitted by the Titanic — an error by its crew that had derailed all previous searches.

Robots can peer into the ocean depths without the perils of extreme chill and crushing pressure.

Technical progress — and money — are helping to satisfy Man’s urge to see things for himself.

Last month, James Cameron, director of the movie “Titanic”, plunged 11 km (seven miles) to the Mariana Trench, the deepest place in the world, aboard a specially designed submersible.

And British tycoon Richard Branson is building the “Virgin Oceanic,” which he intends to take this year to the Atlantic’s Puerto Rico Trench. –  Agence France-Presse