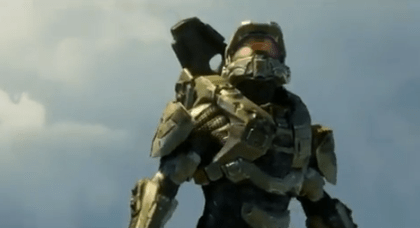 WASHINGTON, United States of America – This November, the universe will once again need protection from the ravaging forces of ancient evil.

But fear not, you can save it from doom. The fate of the universe will be in your hands — literally.

“Halo 4 is the next blockbuster in the iconic franchise that’s shaped entertainment history and defined a decade of gaming,” Xbox.com further declares.

Halo 4 marks another battle for “Master Chief” John-117, called the “playable protagonist.” Master Chief will once again face off with an ancient evil enemy that threatens the entire universe.

Taking off from where Halo 3 left off, Halo 4 begins in the planet of Forerunner. Here, Master Chief and the other characters begin their adventures filled with mystery, exploration and discovery.

Halo 4, unlike its predecessors, is developed by 343 Industries for Microsoft Xbox.

Headed by John Holmes, the group’s work on the project began in 2009, with approximately 200 people working on the vision. Halo 4 introduces brand new characters, weapons, vehicles and many other elements unique to this Halo generation.

Developers describe the game as “grand in scope and scale” as will be seen in the futuristic themes and details.

“With Halo 4 leading the charge, we are confident 2012 will be the most successful year in Xbox history,” said Microsoft Studio vice president Phil Spencer in an interview with the New York Daily News.

Pre-orders for Halo 4 are now accepted through Xbox.com. – Rappler.com