[Father’s Day] A hermit in my home

Jun 17, 2012 2:15 PM PHT
Gregory Cezar Balondo
Facebook Twitter Copy URL
Copied
What would you do if you see your father's life hanging by a rope — literally? 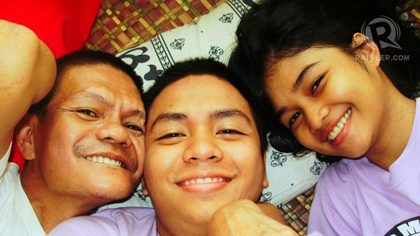 MANILA, Philippines – Tatay committed suicide many times. I was a witness to the last time he hanged himself.

At that very moment, when life began to drift away from his being, a splinter of happiness grew inside me. I thought of not helping him.

He could not fathom the fact that his business of 11 years was suddenly forced to shut down by the owner of the place that we rented.

He operated a ballroom and disco pub in our little town in Naval, Biliran. The owner of the building told our parents that they handed the place to another person who can pay thrice the amount we were paying at that time. My parents couldn’t do anything but surrender to the owner’s decision.

Tatay was hurt by that event so much that his personality changed. He became very depressed and surrendered himself to alcohol and cigarettes. He didn’t want to get out of the house, was afraid of what the townspeople would say to him, what they were saying about him. He felt useless and ashamed of himself. One morning, he and I had a fight. He was drunk (having consumed bottles of rum all night) and was very noisy, talking and yelling about his misfortunes, reiterating the “what ifs” and the “could’ve beens” of his life. I became irritated and shouted at him, telling him to stop. He got angry and took the kitchen knife and pointed it towards me.

I was unafraid. I knew he would never do it. I just stood in front of him, relaxed and uttered the most painful words that a son could tell his parent — that he was a “worthless” and “miserable” father. He began to sob like a baby and yelled at me, saying that I was the black sheep, the devil, the monster son.

That was the beginning of our sour relationship.

I loathed my father so much for being selfish. He never thought of nanay’s feelings or of his children’s. I loathed him so much that, when he hanged himself, I just stared at him and hoped that he would be successful, at last.

After all, he was already a burden to our family. But then, my relatives came to the rescue and took his body down. He was saved yet again. It was only after taking a Psychology subject in college that I became educated about my father’s condition.

He was sick and badly needed treatment. I told nanay and my sisters about it; but since we had no money, we just decided to be more understanding towards his actions.

Two years ago, I didn’t go home for Christmas and just stayed in my boarding house in Quezon City to finish my undergraduate mini-thesis. Tatay texted that he missed me so much. I felt very emotional then and suddenly missed his scratchy voice as he told his kilometric stories whenever he was drunk, or his silent moments by the balcony while dragging a stick of cigarette whenever he was sober. Ever since I was young, he would call me “Banner,” his lone name bearer. I feel pressured whenever he reminds me that I should do my best in life, that I should be successful. This is the very reason why, every time I face challenges in life, I never tell my parents about them, especially tatay. I don’t want him to worry about me. I don’t want him to feel ashamed of himself because he couldn’t do a thing about my problems.

When he asks me, “Kumusta, Banner?” I will always give the happiest of replies by saying I am perfectly fine. Whenever I go home, I make sure that I have gained weight so that he would think that I am very healthy, never hungry and that I never lose appetite while pursuing my undergraduate studies here in the city.

I always listen to his epic life story when he is drunk although — sometimes — we still quarrel and fight over our ideologies. However, we both know that it is our way of showing love and care for each other. 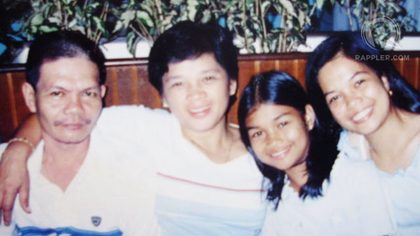 I love my tatay so much.

Even though he has never heard the crispness of these words coming out of my mouth, surely, he knows it already. I will always be grateful for all the lessons he has taught me — the positive and negative ones.

I am excited to go home soon — to see him, personally greet him a happy Father’s Day and tell him stories about my ludicrous experiences here in the city. – Rappler.com