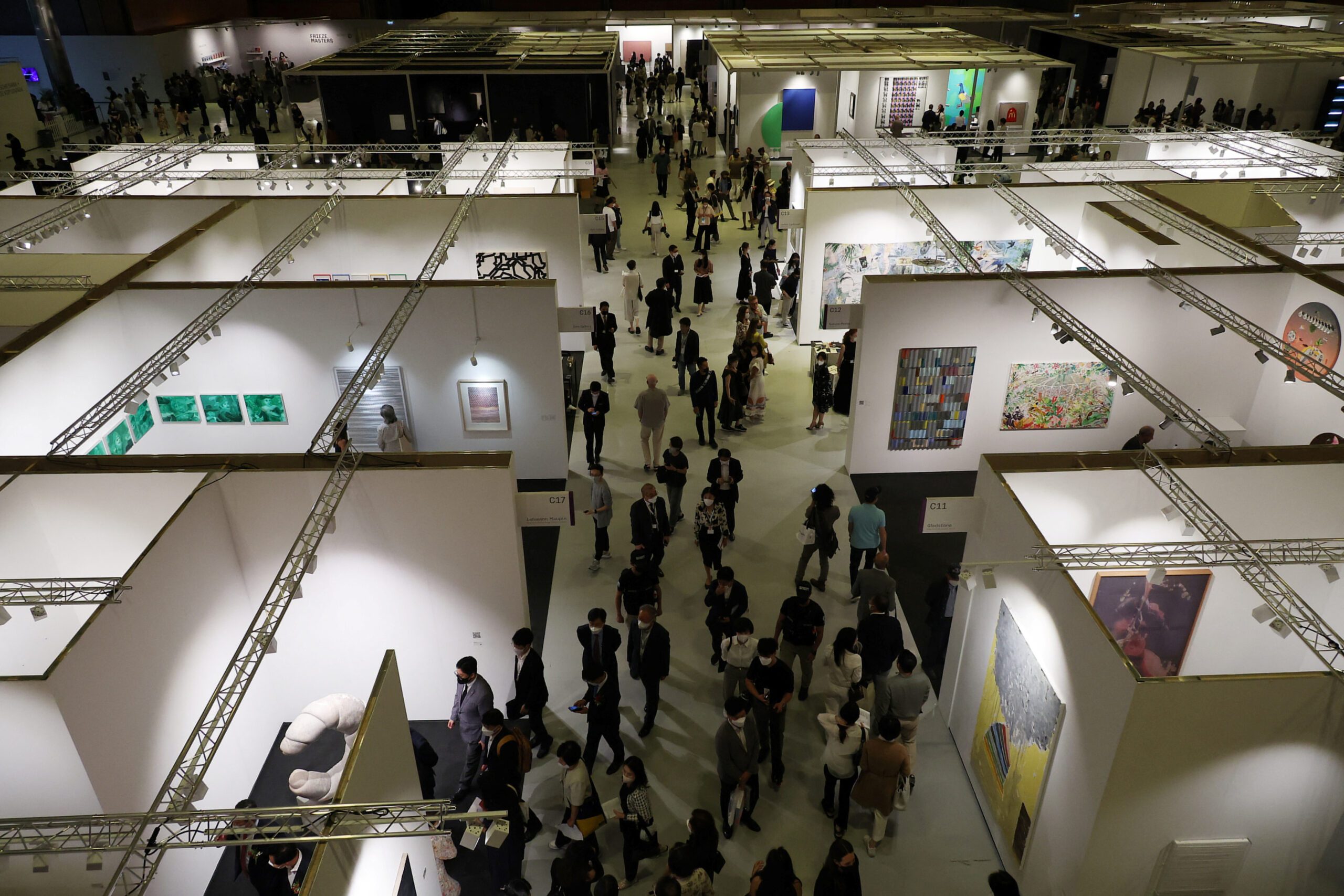 Visitors take a look around at the Frieze art fair, in Seoul, South Korea, September 2, 2022.

SEOUL, South Korea – VIP guests packed into Seoul’s COEX convention centre on Friday, September 2, as the city became the first in Asia to host the Frieze Art Fair, which features works from over 110 galleries worldwide.

In a nod to South Korea’s millennials-backed art market, which is set for another record-breaking year, the Fair – a closely-watched showcase of top works by contemporary artists – moved for the first time beyond its traditional venues of London, New York and Los Angeles.

“We’re thrilled to have now Seoul, the Korean art fair, as part of Frieze. We were definitely missing an Asian arm,” said Simon Fox, chief executive officer of the Frieze group.

Reasons for the boom include a growing interest among millennials, who often see art as an investment opportunity, as well as a favorable tax regime.

One 36-year-old collector, Seoul office worker Lee Young-sang, has been saving up for the long-awaited fair, which opens to the public on Saturday, September 3.

“I am so happy to see amazing … art works in one place and have the opportunity to buy,” Lee, who spends most of his disposable income on art and owns around 120 pieces, said.

Artworks valued under 60 million won are exempt from capital gains tax in South Korea and sales tax is levied at a relatively low 22% on a maximum of 20% of the price.

Riding that wave, at least five international galleries have opened or expanded their floorspace in Seoul in 2021 and 2022.

They include global dealer Perrotin, which opens its second gallery space in the glitzy Gangnam district this week to coincide with the fair, and Thaddaeus Ropac, which opened its first last year.

“(South Korea has) a surprisingly young collecting generation, probably younger than in Europe and America, which is… very exciting for us.” – Rappler.com

Camp, dine, and chill in this culture and arts fair in Cavite on August 28

Art in the Park 2022 is happening online in April