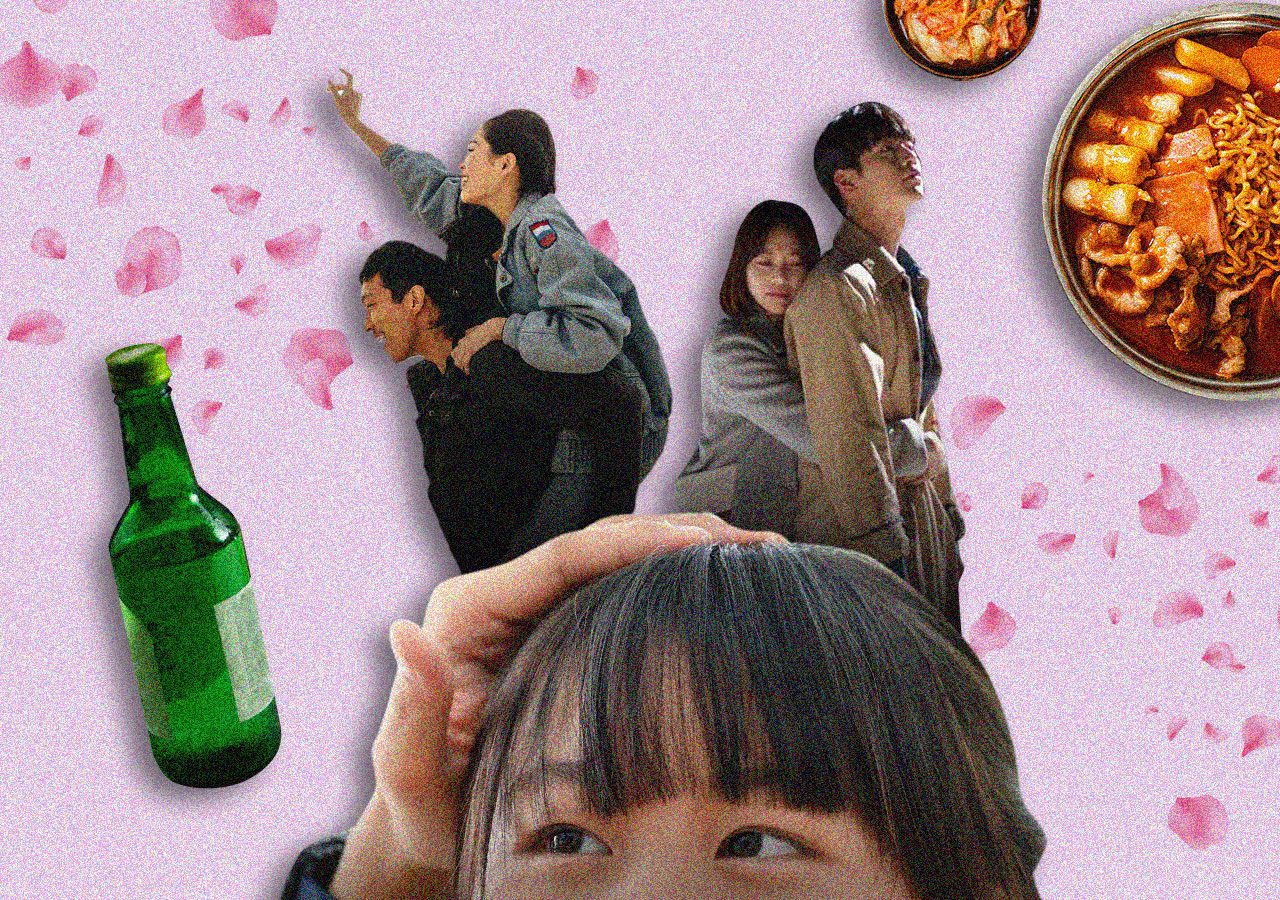 What’s a K-drama without the tropes? They work precisely because tropes trigger memories, allowing us to feel more connected to the protagonists and be more invested in their fictional story.

For us outsiders, the Korean tropes also give us an insight into a culture that has wormed its way into our hearts through its music idols and stars.

But sometimes, the tropes just fall flat. If you’ve been watching Korean dramas long enough, you may snicker or roll your eyes at the frequency with which show runners use cliché plot devices.

A series is a huge investment in time. A Korean telenovela has an average of 16 episodes that run for around 30-40 minutes – that’s around 8 to 10.6 hours of watchtime. The least producers can do is to give the viewers a unique experience free of banality.

If you’ve only seen one K-drama in your life, you’ve probably seen at least one drinking session in the plot. Consuming soju (often mixed with beer) may be a Korean national pastime, but it might as well be a national malaise too, if one official who urges government to curb excessive alcohol consumption is to be believed.

In 2014, Quartz reported that South Koreans drink twice as much liquor as Russians and more than four times as much as Americans. The pandemic had caused a decline in national consumption, but it’s still a lot.

“My favorite drink is the next one” might as well be the operative motto. In a rank-conscious and career-obsessed society like Korea, soju – lots of soju – seem to be critical to national sanity. It’s the escape from the constant obedience, conformity, and monotony.

And it’s just as critical to the plot development: when they are piss-drunk, lovers confess and kiss, BFFs bond, and the heartbroken cry. More importantly, it’s the set-up for the next cliché – the piggyback or the sleeping-without-sex scene.

From historical to urban office settings, it’s like clockwork. If a girl drinks, she will in all likelihood end up on the back of her love interest. Seriously, are Korean spines that sturdy, that they can walk several blocks with a full grown adult on their back? A K-drama addict friend even says she wants to be a tourist in South Korea just to find out if piggybacking couples exist in real life.

In this propriety-conscious culture, it’s supposed to be the skinship compromise – bodies collide but remain chaste. (Really? All that thigh-touching and front-to-back smashing won’t lead to the inebriated, vulnerable piggybacker getting molested?)

3. Sleeping together without sex

The drinking and the piggybacking scenes often cut to another predictable scene: two people in the same bed waking up startled and screaming. Again, the naiveté of the script kills us. Sometimes, the leading lady even wakes up in the leading man’s clothes. But no, nothing ever happens. Korean men are such gentlemen, and the ladies’ virtues are safe with them. Eyeroll.

The least that these drama factories can do is educate young girls who binge on these shows on the dangers of date rape.

How do you put two potential lovers in the same room overnight without things getting raunchy and still fit for family TV? Well, make one of them sick, and make the other one the nurse!

Sometimes the trope works, but most of the time, the over-recycling is enough to ruin the mojo.

In the pandemic context, the idea of nursing a feverish person though the night by applying a wet towel on the forehead becomes even more ludicrous. The rules have changed nowadays – sick people, even feverish ones, fend for themselves in isolation.

How many conversations in the park on the swing have you seen in K-dramas? As for bus stops, maybe the right question to ask is: have you ever seen a drama set in modern-day Korea WITHOUT a bus stop scene? Parks and bus stops are so ubiquitous and integral to Korean life that no K-drama is possible without them.

This is a trope that gets to us for another reason: it rubs in a dismal aspect of our Metro Manila life. Those of us who suffer through traffic and congestion every day can’t help being jealous of the efficient mass transport system and the date-worthy parks.

6. The elevator and train crush

When aliens review our digital content, they would think that being crushed in the elevator or the train is par for the course for humanity.

That’s because as far as K-dramas are concerned, it’s the only way for lovers’ eyes to meet, breaths to mingle, and hearts to thump. It’s the preferred formula for building up sexual tension.

As many of us who’ve worked in buildings with heavy elevator traffic can attest to, an actual elevator crush is a rare thing – most of these tin boxes trigger an alarm and refuse to budge when overloaded. As for the romantic possibilities of a train crush – all we’ve had are brushes with perverts in the LRT or MRT.

Food defines many cultures, and that is no less true of Korean society as portrayed in K-dramas. Eating ramen, the instant kind, is even enshrined as the code signal for a sexual encounter. It’s appalling to see how much food is consumed from plastic bowls in these series.

Parents and grandparents in K-dramas, on the other hand, suffer a different kind of stereotyping. They always drop by with plastic containers full of kimchi or home-cooked side dishes, or they force their kids and their kids’ significant others to make kimchi during cabbage harvest season.

And if there’s soju in the plot, there’s bound to be hangover soup in the following scenes. We don’t have this in the Philippines – we just pop an aspirin and drink lots of water the next day. A society that has evolved the art of drinking to include special morning-after soup deserves a lot of awe.

The food tropes are the least irritating of them all, but please, can we take a break from the instant noodles?

If you’ve seen any drama in the boy love (BL) genre, you might be bewildered by the significance of the head pat. It’s not a gesture exclusive to same-sex couples – it also happens between the boys and girls, although not quite as often.

In an age when nudity, explicit sex, and torrid kisses dominate global cinema romance, a head pat can be, well, underwhelming. But context here is key – in many parts of Asia, the head is considered sacred and the head pat is a tender gesture of affection.

Still, for many of us, a head pat is just a head pat. And it looses meaning with every repetition. (Please stop messing with the hair.)

Parental Guidance (PG) restrictions have elevated interactions like the piggyback and the head pat to romance staple status. But there’s another gesture popular in K-dramas born from the same moral police: the back hug. It‘s supposed to be a “safe” way to portray tender love without things getting steamy.

While one can argue that hands coming from the back have more access to erogenous zones, we shall let this pass. Truth be told, this is the cliché that we can actually appreciate. Back embraces aren’t just safe for kiddie viewing; there’s poetry in it – a case of less is more.

We’ve come to the end of our list, but there are still a lot out there, so do drop us a line to tell us about your favorite tropes. Happy K-drama viewing! – Rappler.com