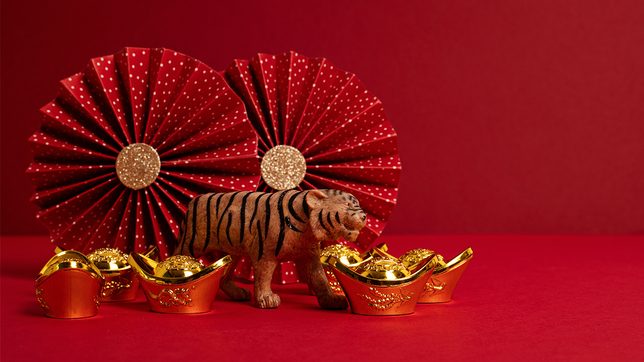 Facebook Twitter Copy URL
Copied
Marites also says that being the Year of the Water Tiger, 2022 is 'associated with tensions, struggles, rebellions'

MANILA, Philippines – Feng shui master Marites Allen sees that 2022 will be “a year of separation” as she shared the “destiny chart” for the upcoming year.

At her 2022 Feng Shui Forecast on December 26, Marites shared that the main destiny chart for 2022 has many wood and water elements, and some earth and fire elements, but “a total absence of metal elements.” She didn’t go into detail on how a “destiny chart” is determined or what it really is – but gave her fearless forecast for those who believe in feng shui.

“Excessive water and wood suggest constant movement and traveling, especially if you are born in the year of the Monkey,” she said.

“The missing metal element infers a tendency for people to act and do things independently, which means more division rather than partnership. Metal is like [a] magnet, it represents connection. It’s connecting people. Therefore its absence in 2022 indicates many forms of separation. So I declare 2022 a year of separation,” she explained.

“This could also mean a lack of justice to those who need it, resulting in, for example, human rights violations not being properly resolved,” she added.

Marites said that there will be few opportunities to make money for others, but the presence of “wealth energies” indicates some “wealth benefits.”

Because 2022 is the Year of the Water Tiger, Marites also warned that it is “unfortunately associated with tensions, struggles, rebellions.”

“Society and governments are therefore cautioned to avoid scandals or shortfalls. I must tell you, my friends, the Year of the Water Tiger is really…it’s not a tame animal, therefore it’s [a] very ferocious, very aggressive animal. How do you tame a tiger, right?” she said.

Marites added that the COVID-19 situation has caused a lot of things to change, and will continue to do so in the coming year.

“A tiger year has the so-called Sky Horse star, which means that traveling will be permitted, especially if you are born in the Year of the Monkey. However I will say that sea and land disasters are likely,” she said.

She also warned those born in Monkey years to avoid traveling in the northeast direction, so as not to confront the Tai Sui or Guardian God of the Year and provoke his curse.

Because of COVID-19, she also predicted “solitude, loneliness, and depression that could push one to be unstable.”

“The weak fire element of the chart also infers a loss of hope and possible depression,” she said.

The youth, however, will be “stronger than ever” according to Marites. “They can make or break society whether through political or lifestyle causes. Their voices are highly relevant and powerful this year, and political and business leaders must listen.”

Perhaps noting the now-impossible-to-ignore global climate crisis, Marites said: “The preservation of our environment, the quality of life, the natural resources that we consume from what we eat, what we wear should now also be taken into serious consideration. There should be less waste, less carbon footprint, and less harm to nature.”

She noted that “misfortune star number 5” is found in the center of homes, offices, and locations, which means it could make a great impact on individuals.

“This could impact some tsunamis or water-related incidents as well. It could well bring increased illnesses, especially to the digestive system, and infers the continuation of the COVID-19 throughout the year,” she said.

Feng shui is an ancient Chinese pseudoscience that deals in arranging objects and spaces and manipulating “the flow of energy” to balance out “life forces” and harmonize individuals and their environment.

Marites is currently based in the United Kingdom. She is available for one-on-one or specialized consultations via maritesallen.com. – Rappler.com

[PODCAST] Astrology Eme with Cesd: What is this Saturn Return that Adele speaks of?