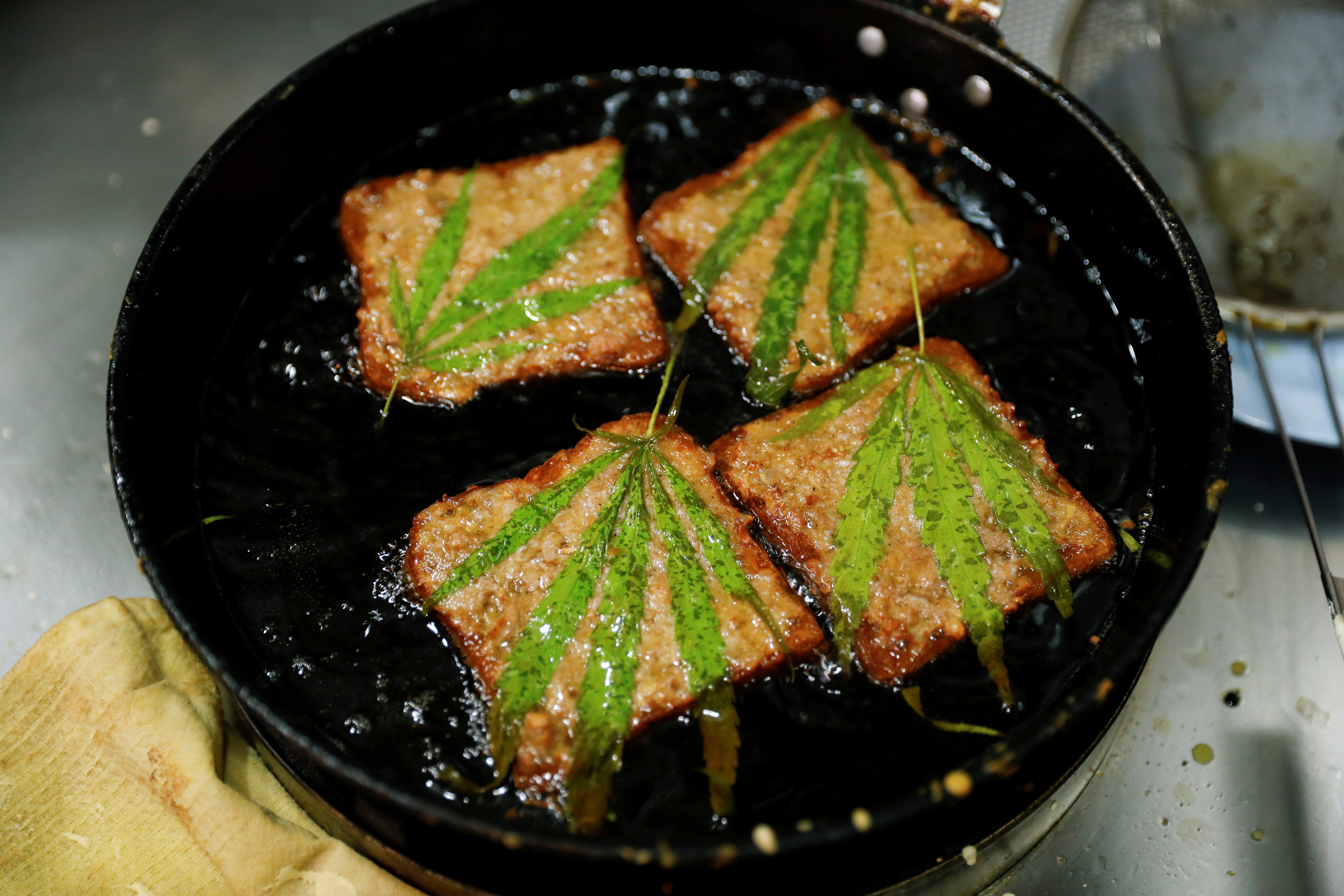 Pork sandwiches with marijuana leafs are seen at Abhaibhubejhr hospital canteen which adds cannabis infused dishes to its menu after cannabis leaves, stems, stalks and roots were officially removed from Thailand's narcotics list.

“Giggling bread” and “joyfully dancing salad” aren’t the usual dishes on a menu in Thailand, but one eatery is hoping its cannabis-infused cuisine can lure foreign tourists and take the taboo out of the recently legalized leaf.

The restaurant at the Chao Phya Abhaibhubejhr Hospital in Prachin Buri started serving its own happy meals this month, after Thailand de-listed cannabis as a narcotic, allowing state-authorized firms to cultivate the plant.

“Cannabis leaves, when put in the food or even a small amount… it will help the patient to recover faster from the illness,” said Pakakrong Kwankao, the project leader at the hospital.

“The cannabis leaf can improve appetite and make people sleep well, and also be in a mood, in a good mood.”

The hospital is known as a pioneer in Thailand for studying marijuana and its ability to relieve pain and fatigue.

Thailand in 2017 became the first Southeast Asian country to legalize cannabis for medical use and has since opened numerous medical marijuana clinics.

The restaurant’s offerings include a happy pork soup, deep-fried bread topped with pork and a marijuana leaf, and a salad of crispy cannabis leaves served with ground pork and chopped vegetables.

“I’ve never taken cannabis before, it feels weird but it’s delicious,” said diner Ketsirin Boonsiri, adding it was “quite strange”.

Nattanon Naranan said the taste of the cannabis leaves was similar to everyday vegetables, but the after-effects were quite different.

“It makes my throat dry and I crave sweets,” she said.

“We plan to add more (cannabis) to Thai dishes that are already well known, such as green curry soup, to boost the popularity of these dishes even more,” Kanokwan said. – Rappler.com