KFC Double Down back on menu 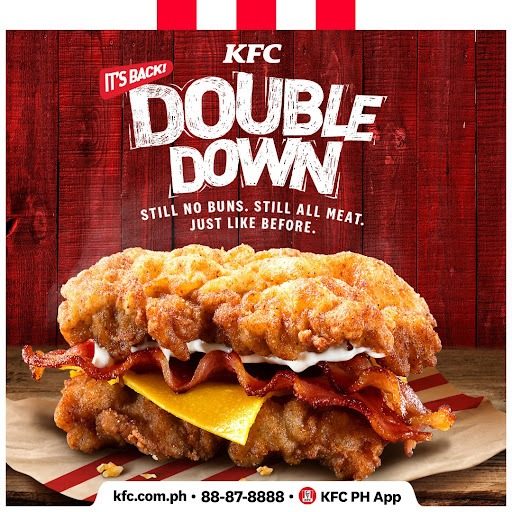 KFC Philippines announced the return of the Double Down, available starting Friday, August 27.

KFC’s infamous “no buns, all meat” sandwich is back in all its sinful glory – two crunchy, deep-fried KFC chicken fillets sandwiching bacon, cheese, and mayo sauce. It costs P189 for an ala carte order and P289 as part of a Fully Loaded Meal.

Both items are available for drive-thru, take-out, and delivery via select KFC stores nationwide. You can order via KFC’s hotline number, website, mobile app, GrabFood, foodpanda, or GCash.

The last time KFC brought back the Double Down was in March 2019. The Zinger version was introduced in April. – Rappler.com