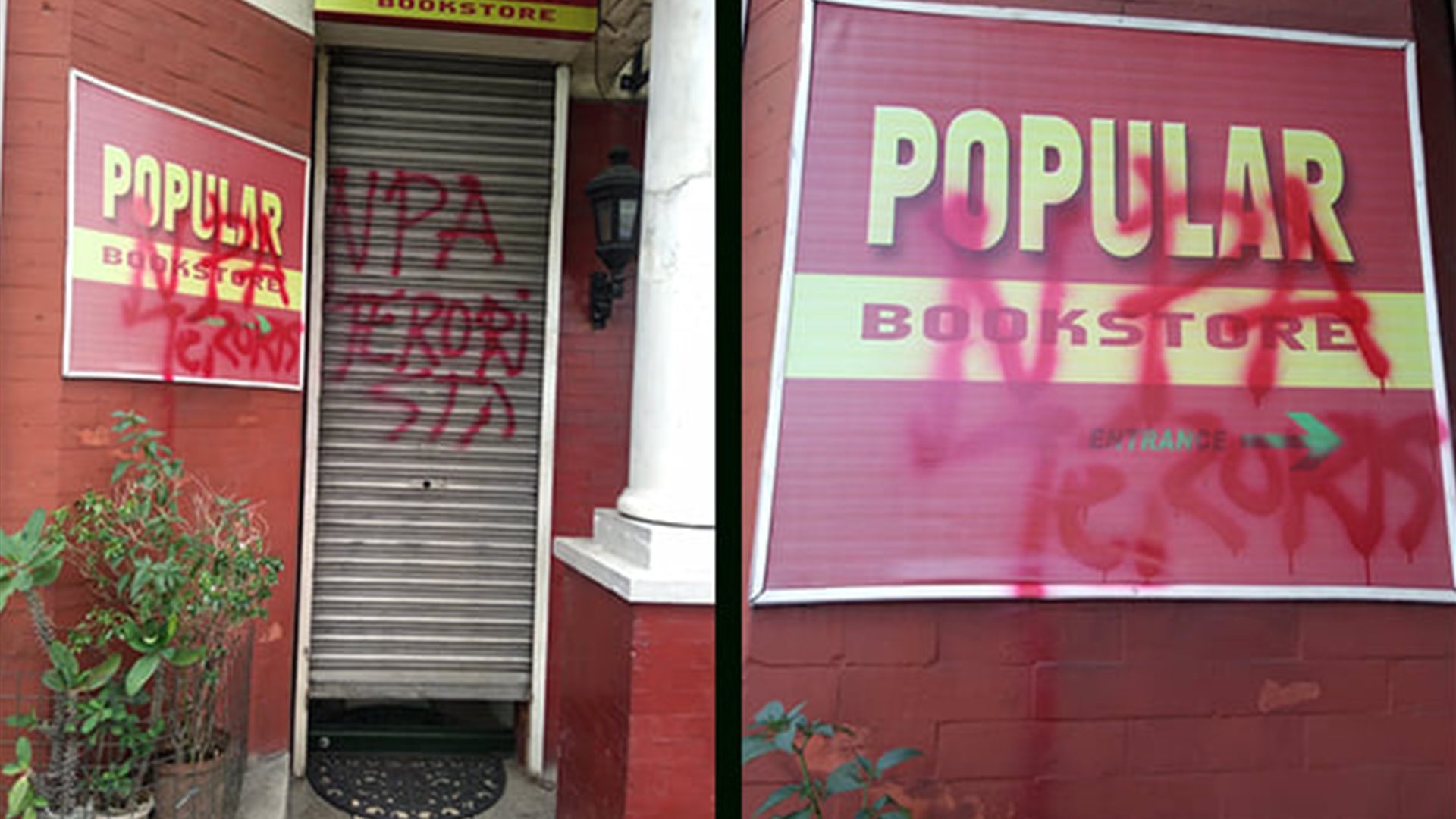 “As we opened our store this morning, this message greeted us,” the post began, referring to a photo of the Popular Bookstore facade bearing bright red graffiti that read, “NPA Terorista (terrorist).” NPA refers to the New People’s Army, the armed wing of the Communist Party of the Philippines.

“Our reaction was not fear. It was more of dismay and exasperation,” the post continued. “Books are not bullets and bombs. Books are for education and enlightenment. It is a repository of history and culture. It is what differentiates humankind from animals.”

Founded in 1945 by Joaquin Po Sr., a staunch anti-Marcos businessman, Popular Bookstore sold – and continues to sell – rare books on politics, communism, and revolutions. In a published interview, Dina Po, Joaquin Sr.’s daughter, said her father “envisioned Popular Bookstore to be a hub of progressive ideas and a promoter of nationalist consciousness among Filipinos.” The original branch was at Doroteo Jose St. in Sta. Cruz, Manila.

According to writer and De La Salle University history professor Jose Victor Torres, during the Marcos dictatorship, Popular was the store where “tingin sa kaliwa, tingin sa kanan bago pumasok (look to your left, look to your right before entering) was the unwritten instruction, on the suspicion that the store was under surveillance by military intelligence…because of the ‘unconventional’ literature (i.e. underground) being sold on its shelves.” 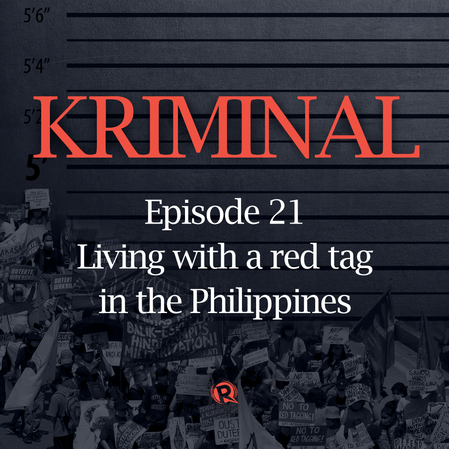 Outside of the Marcos regime, red-tagging, or the practice of branding as communists people seen by the government as threats to national security, became rampant during the Duterte administration, especially after President Rodrigo Duterte issued an executive order in 2018 creating the National Task Force to End Local Communist Armed Conflict (NTF-ELCAC).

In 2019, the Commission on Human Rights reminded the government that branding any group as a communist front without proper trial violates their constitutional guarantee of presumption of innocence.

“To those responsible for this philistine act, we would like to reiterate that Popular Bookstore is a bookseller for book lovers (obviously you don’t belong),” Popular Bookstore’s management concluded their post.

The management of another independent bookstore, Solidaridad Bookshop in Padre Faura, Manila, shared photos with Rappler of similar defacement on their storefront, which they said they found around the time Popular Bookstore shared their post. Similar red spray paint was used, with one tag faintly reading, “NPA.”

Solidaridad was owned by the late National Artist for Literature, F. Sionil Jose, and continues to carry what Jose’s son Tonette claims to be the widest selection of Filipiniana works among all local bookstores. It is also a well-known gathering place for writers, artists, and academics. – Rappler.com