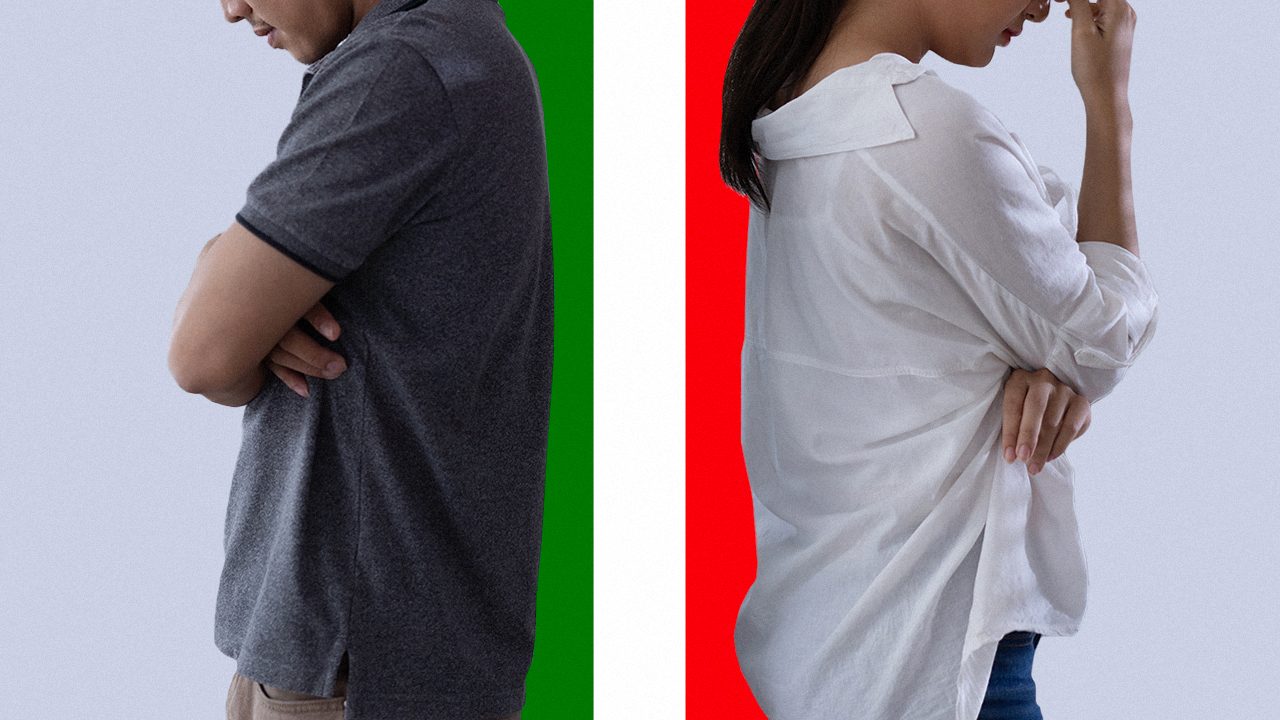 Facebook Twitter Copy URL
Copied
When faith and family get in the way – what should you do?

I am in a relationship with a member of INC. We both live in London and have been together for 18 months. He is a Filipino like me, but we have not told anyone about our relationship because we are unsure who to trust.

He is afraid his parents will find out about us and disinherit him. I am Catholic so they will never accept me, even if I convert to INC. He is not supposed to date women outside his religion. He is also worried about being judged.

His sister got married last April but he did not go because of the uncertainty of this pandemic. His parents wrote to him and advised him to get married as well. So he finally told them about me, which they firmly disapproved of. They said that I am not of  the same religion, and they didn’t like me for that.

He tried to build me up to them, telling them nice things about me. He even told them I’m thinking of converting. But nothing worked. They would shut down and change the subject.

He wanted to stay with me but didn’t want to disobey them. He said he can’t continue seeing me because of this.

I would ask him “What now? What’s next for us? What’s going to happen to us?”

His only response to such questions is: “I don’t know,” which I understand because I also wouldn’t know what to do if I was in his place.

I asked him what he wanted to happen and he said he wanted acceptance from his father. We brainstormed some ideas to convince his  parents. I asked him if waiting would work, maybe they’ll come around.

He said his dad is not the type to change his mind.

We didn’t really end with a proper plan or goal. When we separated, he kissed me goodbye.

Is there a chance that this relationship will survive? Is there anything we can do to change his parents’ decision? Just leaving them is not an option for him, he wanted acceptance and I think that should be our goal.

Relationships between couples separated by religion, nationality, social standing, money etc can be fraught. Some eventually succumb to the weight of their differences while others survive and what most often distinguishes one from another is the commitment of the couple to each other in the face of outside adversity.

In your case, Yna, just consider your respective contributions to a successful future together. It seems that you are prepared to consider converting. He, however, does not want to be disinherited or judged unfavorably, does not want to disobey his parents and generally is unwilling to act independently of his family and faith.

This attitude changes the nature of your relationship into the equivalent of a holiday romance – enjoyable while it lasts but incapable of withstanding the harsh reality of everyday life back home.

If he had true faith in your relationship, you and your life together – and not his family – would be his priority. As it is, at what should be the zenith of your feelings for each other, he has already consigned you to a distant third place (after family and faith) and that should be a real concern for you.

Will your relationship survive? Given the above and that he kissed you goodbye, it isunlikely and you shouldn’t want it to unless you are happy to be in a relationship where you are not his first priority. Will his parents change their decision? This is highly unlikely. Their faith, their unbending desire to shape their son’s future, their control of their family exchequer, all provide them with the necessary levers to control his fate, a fate that he is doing nothing to avoid.

You ask: “Is there a chance that this relationship will survive?”

Omigod, Yna, I sure as hell hope not.

I say this not because I am against interfaith marriages; many have not only survived but actually thrived precisely because the spouses had different religions. And yes, one or even both of them could be devoted followers of their faith.

But having different religions is not the basic problem in your situation, that is simply the battlefield on which this first skirmish — being of different faiths – has taken place.

Later, the real basis for the “war” (your having different world views and personalities) will result in another skirmish, perhaps on the battlefield of different reactions to the threat of his being disinherited.

Your world view is one of independence: what you want you work for and oftentimes get. Thus, you have no fear of being deprived of anything. If one way doesn’t work, you simply find another. No possibility of being at someone else’s mercy. So his family disinherits him… big deal.

You may be poorer for a while, but given enough time, you will more than make up for it.

His world view seems to be of complete dependence on his family—yes, for some material benefits but more importantly, for his sense of well being.

That is why leaving them is not an option for him.

That is also why I hope your relationship does not continue. Because, if it does, you will have to change (from the spunky, fiery woman you are, to someone more “acceptable to his parents”).

Actually you have already started changing, giving excuses for his mealy mouthed answer of “I don’t know” to questions that need urgent and more definite answers, like “What now? What’s next for us? What’s going to happen to us?”

Your excuse for his unsatisfactory “I don’t know” is that you “wouldn’t  know” either if you were in his place. But you never would be, because you would do what you thought right, instead of waiting to be told what your parents thought was right.

What is more important? Continuing to be as independent as you are now, or continuing you relationship? Is this a false dichotomy? I think not, but ultimately, it’s your call.