[Two Pronged] My boyfriend is confused about his sexuality 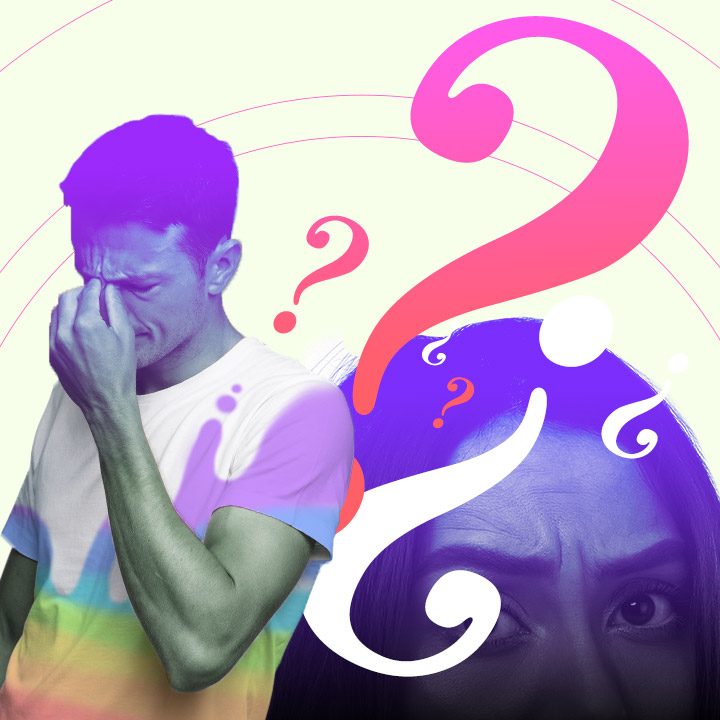 Facebook Twitter Copy URL
Copied
'I don’t know what to do. I love him too much to let him go.'

My boyfriend is confused about his sexuality. When we became a couple 5 years ago, he was straight. We had a normal relationship. So I never thought I will go through this kind of problem in our relationship.

Can someone go from straight to gay then again? Or does everyone who’s “confused” become fully gay because that’s their true identity so they can’t run away from that, no matter how much they deny it?

He told me he felt this in high school, but overcame it. He keeps reassuring me that he will get past this feeling. He seems like he’s convincing himself.

He even said once we overcome this hurdle, there will be nothing else to stop us from being together. He said this will be the final test of our relationship. Is it because he refuses to accept who he really is? Refuses to acknowledge that he really is gay?

He tells me he loves me, doesn’t want to break up with me, and asks I just give him time. Is he just using me to reassure of himself that he is still a straight guy?

I don’t know what to do. I love him too much to let him go. Should I hold on to him? Or let him go so he can decide for himself and choose who he really wants to be?

I’m afraid that in the future he will get “ confused” again. Something would trigger it again. Should I hold on to that little chance that he will become straight again and everything will be back to the way they were (if that’s even possible)?

Should I stay with him? Support him even when there’s a chance he’ll eventually realize he likes men more than women?

The concept of sexual fluidity is now generally accepted, though much work still needs to be done.

The old notion that one was straight, gay, or bi for life has been overturned, though pockets of resistance remain (for example, the Catholic Church remains uncomfortable with this and all matters sexual as indeed it does with science generally – this is after all an organization which famously took 359 years to concede that Galileo was right about the earth revolving round the sun and even then that required a 13 year long investigation).

Given the above, it seems quite possible that your boyfriend (let’s call him Max) can be attracted to both men and women with and/or without consummation. As for his “confusion,” this is entirely understandable especially if he is not comfortable with the concept of fluidity, possibly due to family, societal or religious pressures, for example.

However, his approach to resolution of this crucial issue seems lackadaisical and unstructured – no mention of discussing his problem with a professional, for example.

A more important question is your attitude, Ms. You are in a relationship with someone who is sexually confused, speaks of getting past his gay feelings and is content with sex once a quarter. He, however, thinks it’s all under control and just wants you, his girlfriend for the last five years, to give him time though what he plans to do with this time is unclear.

You need to reflect on what you really want out of this relationship and decide whether Max is able and willing to provide it.

Are you truly content to put your future happiness in the hands of a man who may be gay and say goodbye to a normal sex life?

The questions you ask deserve answers; but it is difficult to answer them because of two reasons: 1. many have to do with the future; and 2. we have not interacted directly with Max.

However, even if we had interacted with Max, this is no guarantee that we would be able to answer your questions more accurately.  He may be telling you what he tells himself, but as you say this could be more like “convincing himself…”

His saying his confusion is a “hurdle to overcome” and that he will “never fall in love with the same sex,” “never do it with another man.” This suggests he is not using his confusion to discover himself more, but rather to do all he can to ensure his (possible) attraction to other men is bottled up enough to “pass as straight.”

It could well be that he is straight, but his need to be cisgender and absolutely nothing else sabotages his attempt to know himself more; and to realize that society’s prejudices need not be his own.

I too believe you love each other, MC. But should you, he, and/or both of you decide his being gay or bisexual is a deterrent to being a couple then in my opinion, the best way you can support him is give him space (even if he claims that’s not what he needs).

23-year-old Michaela Cuomo, the youngest daughter of New York Gov. Cuomo said in a People article recently:  “I’ve definitely always dreamed of a world in which nobody will have to come out, because everybody’s sexuality will be assumed fluid and none of our business…But in a world that force-feeds cisgender heterosexuality, coming out of the closet is a lifelong process of unpacking internalized social constructions and stigmas.”

Like her, I also look forward to that day.