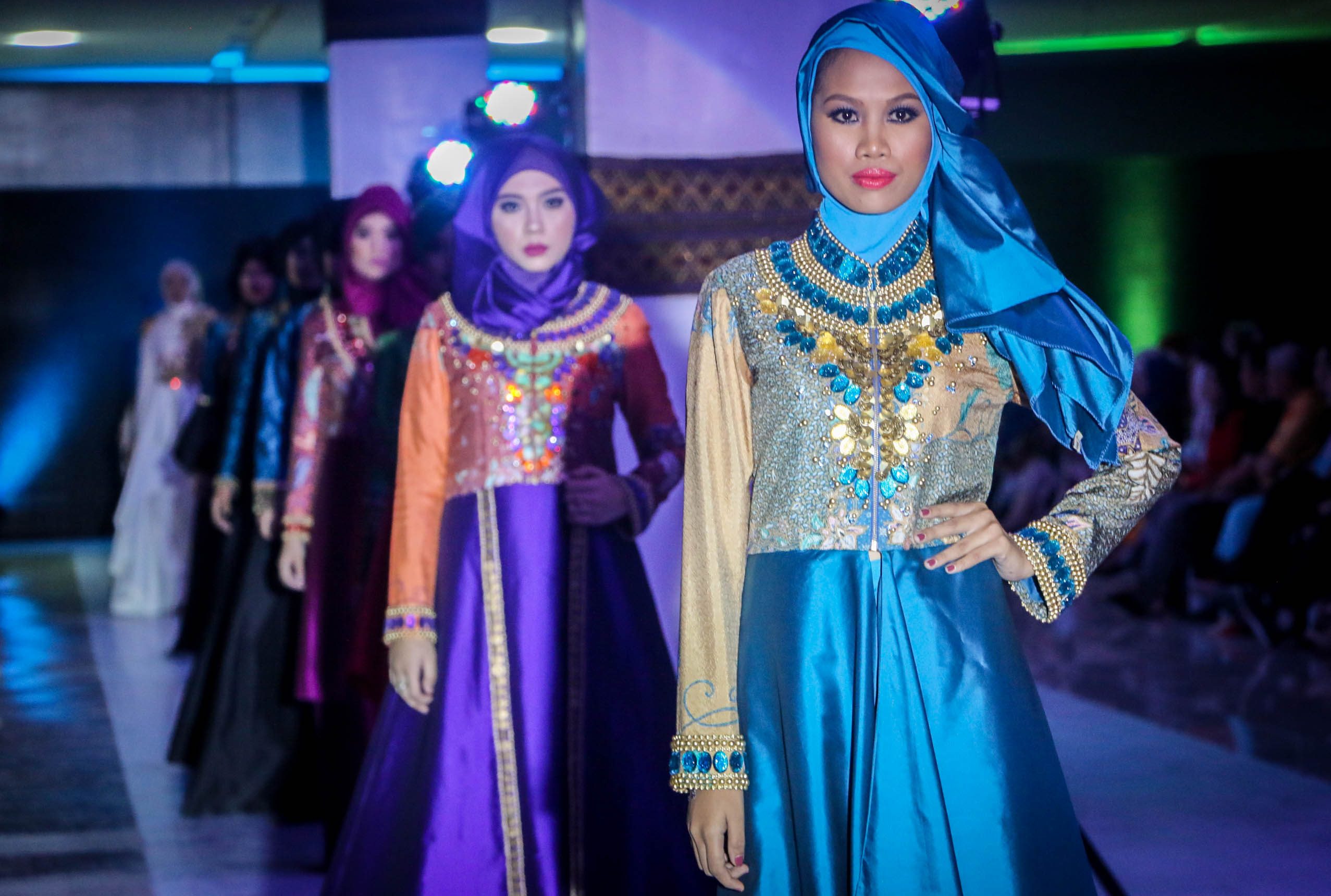 The Bangala Fashion Fair (Bangala is a Maguindanaoan term for “dress”) is an international fashion and textile event featuring the different traditional dresses of the people of Brunei Darussalam-Indonesia-Malaysia-Philippines East ASEAN Growth Area (BIMP-EAGA). Featured in the fashion fair were the creations of the hijabis of Instagram, veiled women (hijabis) who, with the rise of Instagram fashion accounts, have showcased their sense of style and are dominating the global Islamic fashion industry using social media.

These hijabis of Instagram from Indonesia, Malaysia, and the Philippines brought their collections to the city to be worn by the models in the fashion fair at CityMall Convention Center, as part of the Shariff Kabunsuan Festival. With 4.4 million Instagram followers, Dian Pelangi (@dianpelangi), is one of the heroines of the modest fashion industry in Indonesia. Her debut at Haute-Elen.com began with the London Bulgari show and was followed by a catwalk for London fashion week.

Indah Nada Puspita is a hijabi fashion model and blogger from Indonesia. Recently, she was the opening act at Yuna’s concert. Yuna is a Malaysian singer-songwriter and businesswoman.

Based in Malaysia, Dayah Bakar (@dayahbakar) is a TV host, emcee, and singer-songwriter whose Instagram account has 46,700 followers.

Also featured in the fashion fair were the creations of top local designers led by Pepe Quitco and Wilfred Yee.

Among those who organized the show is another hijabi of Instagram, Ammarah Dumama (@ammarahsahara) from Cotabato City, who is clearly not your typical peppy girl. She is a blogger, events specialist, photo enthusiast and an international WHD ambassador.

This year’s celebration of the Shariff Kabunsuan Festival was made grander with a touch from the cultures of the ASEAN region, as it jumpstarted the commitment of Cotabato City to ASEAN Integration in the coming years.

City Mayor Attorney Frances Cynthia Guiani-Sayadi said it is timely that the theme of the festival has expanded to the culture and tradition of the other ASEAN countries because these nations are being considered by Cotabato City as brothers in development.

“The BIMP-EAGA is very important for Cotabato City because we have already established a relationship with these countries back in the ancient times. Remember that our forefathers are of Malay blood and Shariff Kabunsuan himself is also a native of Malaysia,” Sayadi said.

BIMP-EAGA was formed by the 4 governments in March 1994 with the goal of increasing trade, investment, and tourism in the region.

Shariff Kabunsuan Festival is a colorful festival celebrating the arrival of Shariff Mohammed Kabunsuan more than 500 years ago to introduce Islam to the natives. The festival is held annually from December 15 to 19.

Sayadi said the festival reminisces the story of Shariff Kabunsuan who introduced the Islamic faith and God-fearing governance in Central Mindanao.

An Arab missionary from Johore, he landed along the banks of the Masla Pulangi now known as Rio Grande de Mindanao. He introduced Islam to the natives which led to the establishment of the Sultanates of Maguindanao, Rajah Buayan and Kabuntalan.

“This historical event is a very significant holiday for the Muslim people as it is a commemoration of how Islam faith and culture propagated in our land,” Sayadi said. – Rappler.com

Editor’s Note: An earlier version of this story incorrectly named Ammarah Dumama as one of the bloggers whose designs were featured at the Fashion Fair. This has been corrected, we apologize.