MANILA, Philippines – Sturdy, wearable, and versatile are 3 words that best describe inabel fabric. What is commonly used for bed sheets, curtains, and home decor took center stage as designers Niña Corpuz, Otto Sacramento, and Edgar Manamba prove that this distinctly Filipino hand woven fabric from Ilocos can be given the modern treatment and be every bit as relavant and fashionable as what you can find on the catwalk.

Last March 4, the Pinto Art Museum became a runway to celebrate and showcase inabel. Owned by art collector Dr. Joven Cuanang, a proud Ilocano, the neurologist hoped that more Filipinos, especially young designers, will see that the traditional fabric can offer the same – if not better – quality compared to imported textile.

“We want to push this as a matter of necessity for us Filipinos. We support foreign brands but why can’t we appreciate our own? Be proud of what we have as Filipinos.”

Dr. Cunanang’s interest in inabel started after hearing about Magdalena Gamayo who, at 88 years old, was given the Gawad sa Manlilikha ng Bayan or National Living Treasure Award in 2012. He later found out that there were only 3 active weavers and the farmers have already stopped planting cotton, preferring instead to plant tobacco.

“I couldn’t sleep because it means this is going to be the death of a very important tradition of the land where I come from,” he said.

He knew that he had to do something to keep the tradition alive. Three years ago, Dr. Cunanang encouraged farmers to plant cotton again – providing them with a pump, the initial seedlings, and a two-hectare tract of land. Fast forward to today, they now have a 22-hectare plot dedicated to cotton farming. By standardizing the labor costs, they were also able to encourage more locals to try weaving. Currently, there are now 18 weavers of inabel. 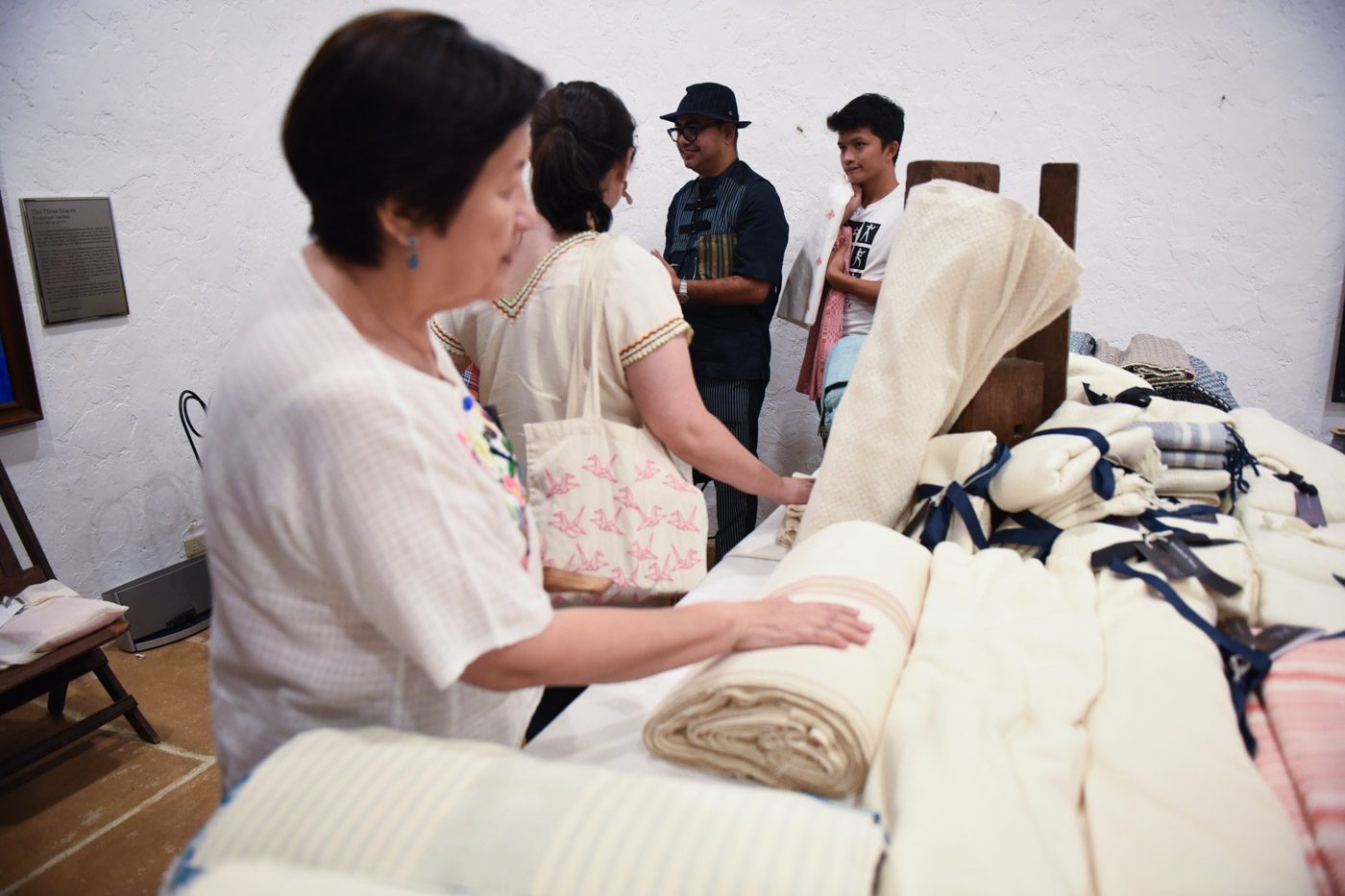 Although admittedly there is still a long way to go, Dr. Cunanan and his team are optimistic that through everyone’s support, and with help from the local government, the art of inabel will continue to flourish, providing more jobs and opportunities for the locals of Ilocos.

While Niña Corpuz’s design is influenced by both European and British fashion, she also managed to incorporate Japanese-inspired details, by giving some of the pieces geometric loose cuts, and big utilitarian pockets. The collection is made for children but she also wanted to give it a very classic and timeless look, showing everyone that Inabel can be worn by all ages. The former reporter has big hopes for Inabel. 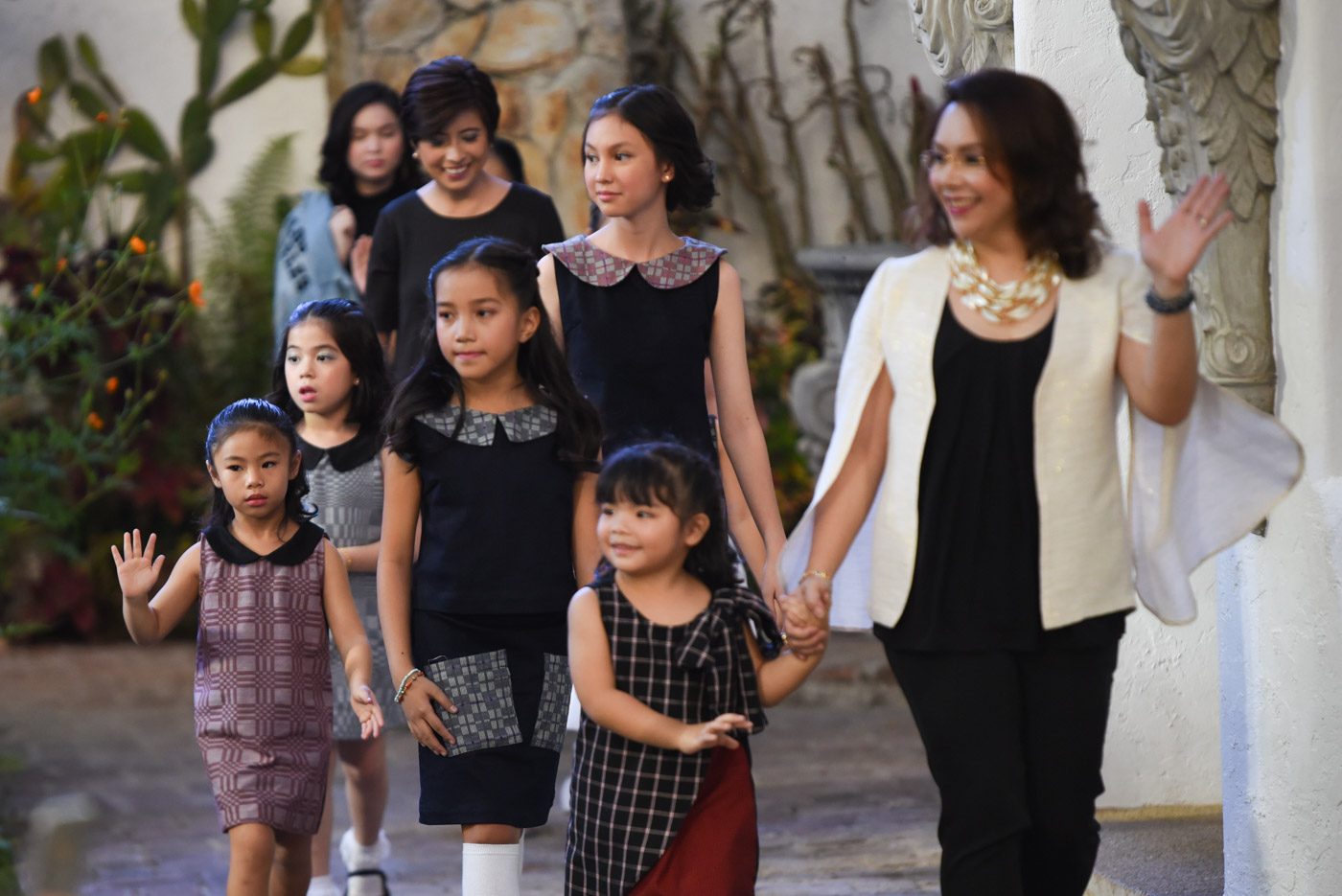 “If our kids grow up getting used to wearing these fabrics, it will become a part of their lives. And hopefully, when they are older, they will be proud to wear inabel, not because it is a costume, but because it is homegrown, uniquely Filipino, but also fashionable.” For his street wear collection, Otto Sacramento, opted for an inclusive, genderless line made with the working class in mind. Taking inspiration from different kinds of uniforms from all over the world, the designer wanted to create pieces that are utilitarian in nature yet bold enough to make a statement.

Working in Milan for 20 years, Otto is excited to see where the local fashion industry is heading. “It has a lot of potential. What I can say is we have a lot of good fabric, very good craftsmanship. We just need to support it and keep on using it” For the finale, Edgar Madamba went for “simply ’50s” as a theme for his formal collection. With an emphasis on a feminine silhouette, he took inspiration from traditional Filipiniana then made it more wearable and accessible. “With this collection there’s no attempt to be profound, what you see is what you get.” – Rappler.com