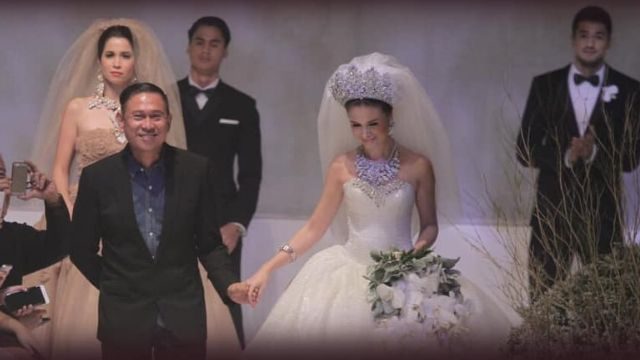 MANILA, Philippines – Clothes made by Frederick Peralta are now being sold to raise funds for the veteran designer as he recovers from a stroke that he suffered in 2018.

The trunk show sale is currently open at the Marriott Hotel Manila, and will run until June 23.

According to Preview, vintage dresses and gowns made by Peralta are being sold for P2,500 to P10,000. Barongs and suits are also being sold. All proceeds will go towards Peralta’s health and living expenses.

Photos from the sale were shared by Peralta’s supporters on social media.

I felt humble to walk for a cause for an exhibit show that showcased Frederick Peralta creations. This show was organized by his dear friends to help him for his ongoing treatments and medication. Price point of each gown starts only for as low as 2,500. You can check these beautuful pieces at Marriot Hotel today.#frederickperalta #designer #walkforacause

A video shared by Garcia shows Peralta saying he is undergoing therapy, and that he is “basically okay.”

Another video shows Peralta’s fashion sketchbook, which he continues to draw in even now.

Garcia also said that aside from shopping at the trunk sale, people can also send contributions directly to Peralta’s sister, Len Peralta-Caro, who was tagged in the Facebook post. – Rappler.com