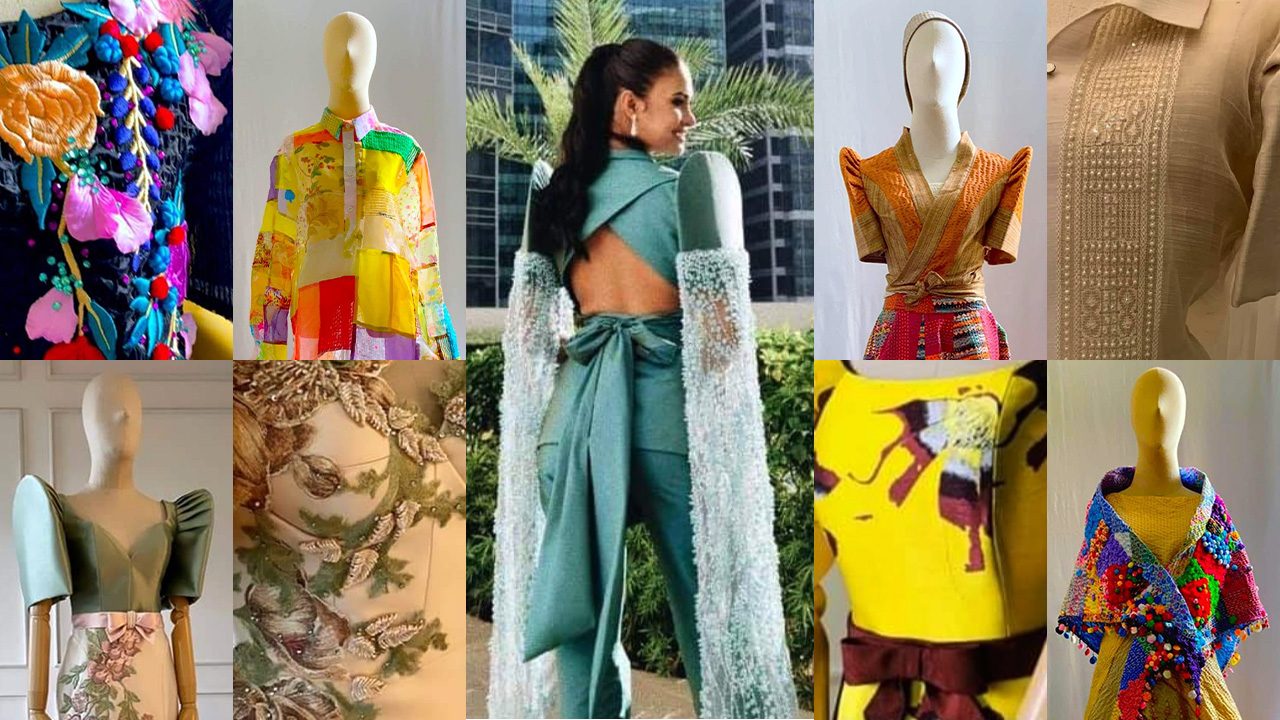 Images courtesy of the designers

Pampanga designers see a “beacon of hope” in a fall fashion show that the Philippine Consulate General in New York will host in November this year.

“Pinangari: Threads of Hope” comes as the United States opens up its economy amid lingering concerns over COVID-19 outbreaks in the country.

“It’s the beacon of hope to the creative industry in general (that is) suffering in this global pandemic. As a designer, I am more inspired to create more unforgettable pieces in my collection,” designer Marlon Tuazon told Rappler in an August 13 interview.

Tuazon, a double gold winner in TernoCon 2018, Frederick Policarpio, and pidayit creator Philip Torres, will travel to New York and unveil their creations on the catwalk.

An exhibit, a sneak preview of the event, opened on August 6 at the Philippine Center Lobby in New York and will run until August 27.

“I am excited as well as elated to be given the platform to highlight Filipino artistry, particularly that of Kapampangans,” said Policarpio.

Policarpio will present a collection of modern-contemporary Filipiniana dresses and gowns with distinctive style and embroidery which will pay tribute to the Filipina muse.

Torres will showcase Kapampangan culture through his pidayit collection by giving tribute to local town fiestas from Santacruzan, Semana Santa, and Christmas, with his signature native Filipino ingredients as pidayit embellishments such as the signature kamatis (tomato), duhat (Java plum), and saresa/aratilis (cotton candy berry), among others.

The couture dresses and gowns will be “as colorful and festive as the warm smile that the Filipinos are known for,” Torres promised.

Tuazon’s collection, “an amalgamation of the Filipino colors,” is inspired by memories of childhood, with references to well-known folk songs and kundiman in his designs. Tuazon also plans to infuse patterns of local weavers from different indigenous tribes in the Philippines from the famous binakel, a handwoven geometric pattern traditional to the provinces of Ilocos and Abra, down to the native fabrics of Yakan, Basilan.

The three designers told Rappler they expect the exposure on the international scene as a step towards recovery of an industry badly hit by the COVID-19 pandemic and the limits to social gatherings imposed by the Philippine government to ease the spread of infection.

“The United States has already resumed its regular activity as far as physical gatherings are concerned. People behind the scene are so eager to get the ball rolling for us. In a way, you feel a sense of bayanihan spirit among our kababayans in the US,” Torres said.

On August 13, however, US ambassador to the United Nations Linda Thomas-Greenfield, appealed for the 193-member world body to avoid creating “super spreader” events by limiting meetings and conferences online.

The Philippine Consulate General in New York is also celebrating Buwan ng Wika for the month of August thus continuously promoting Philippine culture not only through fashion, but also through food and music overseas. – Rappler.com