Exploring Lanao del Sur: 6 things the world is missing out on Facebook Twitter Copy URL
Copied
From its breathtaking views to its rich culture, Lanao del Sur has stories to tell

MANILA, Philippines – In a land where tourism is largely unheard of, I ask myself, “Is journeying to Lanao del Sur worth braving the unknown?”

We may be familiar with the dance called singkil, or images of minarets and women in veils. We easily associate the titles sultan and datu, or names like Abdul and Sittie, with the words Muslim or Lanao.

And then there’s conflict, chaos, and bizarre customs. The complex entanglements we know most about Lanao, especially the southern half of it, Lanao del Sur.

With all of the unpleasant stories around, what could the beautiful ones be, the ones that are left barely untold?

In a two-week journey, I combed the depths of Lanao del Sur in search of fascinating spots, unique art, and sensational flavors. Setting out in a real-life off-the-beaten path adventure, I found what wonders have been kept from the world, in a land that is caught in dramatic episodes of struggle.

Dating back to more than a million years, Lake Lanao is one of the world’s ancient lakes, yet very few people know about it. It is the heart of Lanao del Sur, and where the Maranaos adopted its name, as people of the lake. Most images of Lake Lanao are taken from the golf course inside the Mindanao State University campus in Marawi City. But if you want to catch her most sweeping and stunning panorama, travel westward to the rolling hillocks of Watu or way south to the foggy summit of Binidayan.

A smaller but equally serene lake is Dapao, in the quiet town of Pualas. Often missed by those who traverse the Marawi-Cotabato route, this placid and myth-filled lake is a hidden spot that is perfect for a dreamy paddle. Small as it may seem, Taraka is a huge part of the history of the once undivided Lanao. It was one of the catalysts of the Islamization of the Maranaos in the 16th century and home to Baab Ur-Rahman Masjid, the oldest mosque in the province.

Taraka is a treasure trove of heritage finds hardly any outsider has probably seen. In the Samporna-Tamano-Ayo-Sumpingan ancestral house are 3 huge Chinese stoneware jars called gusi or abdan. These tell us of their long trading relations with the Chinese people even before the Spaniards came to Lanao in 1891. Interestingly, the house also kept a stone head called dibarosan, physical evidence of the existence of capital punishment during the ancient times.

Many homes all around Lanao del Sur are repositories of precious heirlooms such as carved chests, jars, jewelry, and handwoven textiles. But the most extensive collection of Maranao arts and crafts is curated at the Aga Khan Museum in Marawi. 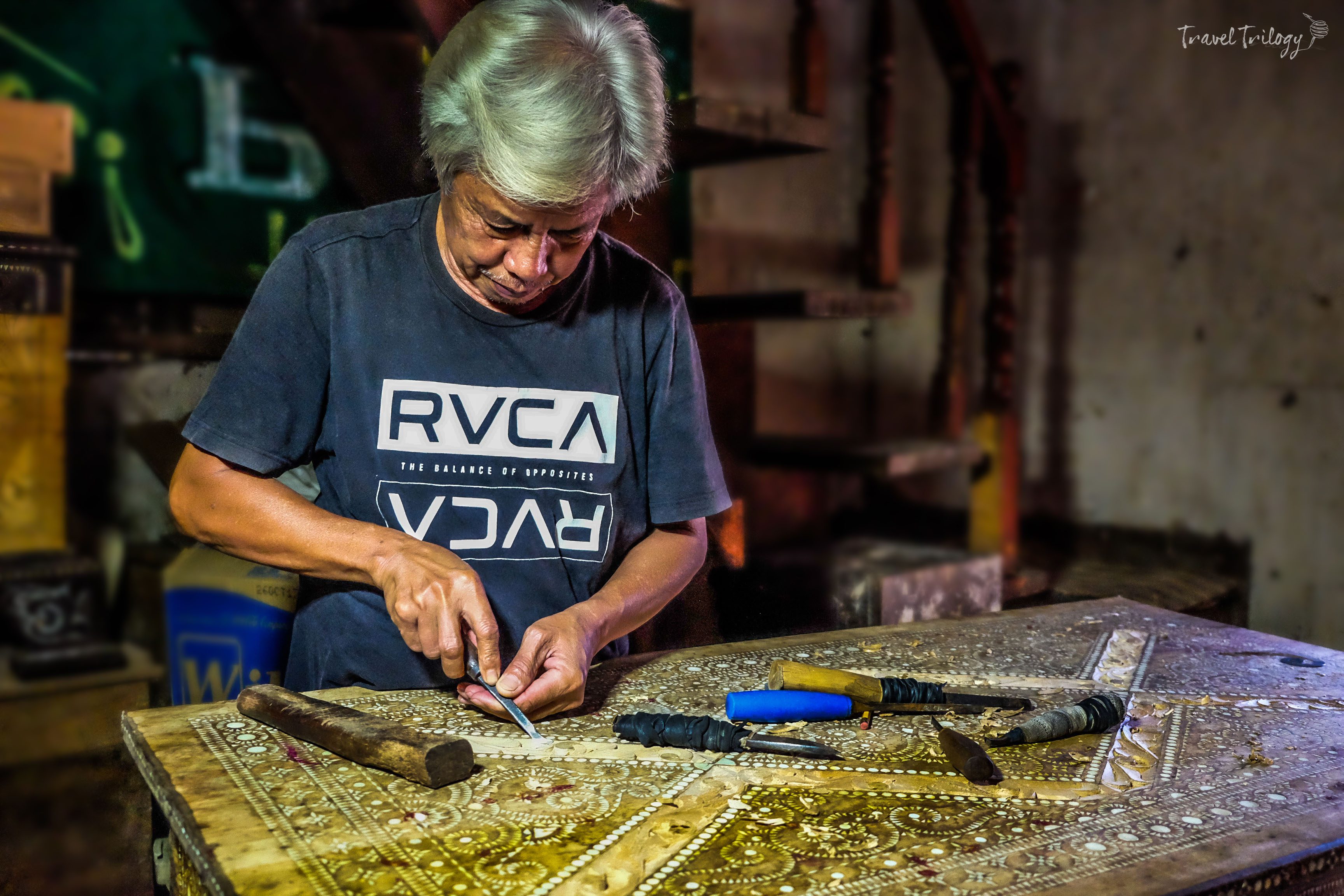 Declared by the National Museum as a National Cultural Treasure, the torogan or the homes of Maranao royalties are living testaments of indigenous Philippine architecture.

The most popular and accessible is Dayawan Torogan in Marawi City. But farther south in Ganassi, Laguindab Torogan hides feeble and forgotten in a thick foliage. Despite its decaying condition, its surviving parts still scream of unrivaled craftsmanship. Such are its wood beams and posts that are meticulously carved with elaborate folk motifs called okir. In the town of Binidayan, the Dimaporos have kept the only surviving lamin or a princess’ room. Sadly, it isn’t anymore perched on the roof of the torogan like in ancient times because the massive royal house is already gone.

If the mosques in Cotabato and Maguindanao boast of their grandness and bright colors, nothing comes closer to dramatic executions than those in Lanao del Sur.

Punctuating the bends of Lake Lanao, their mosques, like in Bacolod Grande and Raya Masjid in Balindong, showcase the grace of quintessential Islamic buildings hemmed by still waters. But deeper into the town of Binidayan lies the theatrical solitude of a floating mosque on the islet of Polo near Maito-a-Balt Island. Tugaya is the Paete of Mindanao. But this art town is more than just about exquisite woodcarvings. It is also about foundry casting of brassware, back-strap loom weaving, hand-made tapestry stitching, and gold smithing. Nearly every home in this lakeside town has a craftsman whose skills and artistry are honed by time-honored traditions. Unknown to many, the best weavers of the langkit or tapestry panels used in their most expensive garment called malong landap are found in Pualas. Here, the women still use the traditional back-strap weaving style in creating complex patterns that are uniquely Maranao.

When you come to Lanao del Sur, make sure you pack an appetite because their distinctive cuisine will take you on a gustatory spin like no other.

A typical Maranao dish is characterized by heavy use of coconut milk called tono and spices like turmeric or kalawag. Steamed freshwater fish and stewed chicken are staples interestingly served with yellow rice called kuning. But the star of any Maranao food fair is palapa, a condiment made of pounded scallion bulbs mixed with chili and coconut oil.

All of its culinary warfare comes to life during the Pagana Maranao, an extravagant banquet showcasing all of its homemade recipes decked in ornate table trays called tabak. Being hospitable is a trademark character of the Filipinos. And the Maranaos are among those that best represent this trait. They are sincerely warm and even lavish in hosting guests, especially when you are in their homeland.

Contrary to heartbreaking photographs that fill newspapers and fund campaign brochures, they are, in reality, a happy community, just like other communities that you’ll find anywhere else in the country. The Maranaos are the last to be Islamized among the Muslim groups but they are also the strongest defenders of its faith. Truth be told that many came to conquer them but no one ever succeeded.

Lanao del Sur’s royal-heavy society is marred by harrowing tales of generations of clan wars. Its rich tapestry of traditional arts and culture are torn by inescapable realities. Its people and faith are misunderstood. But behind all of these quandaries are also wonderful truths that are barely recognized by the world.

With all of its unalloyed beauty, refine culture, and caboodle of treasures, surely, I am glad to have braved the unknown. – Rappler.com