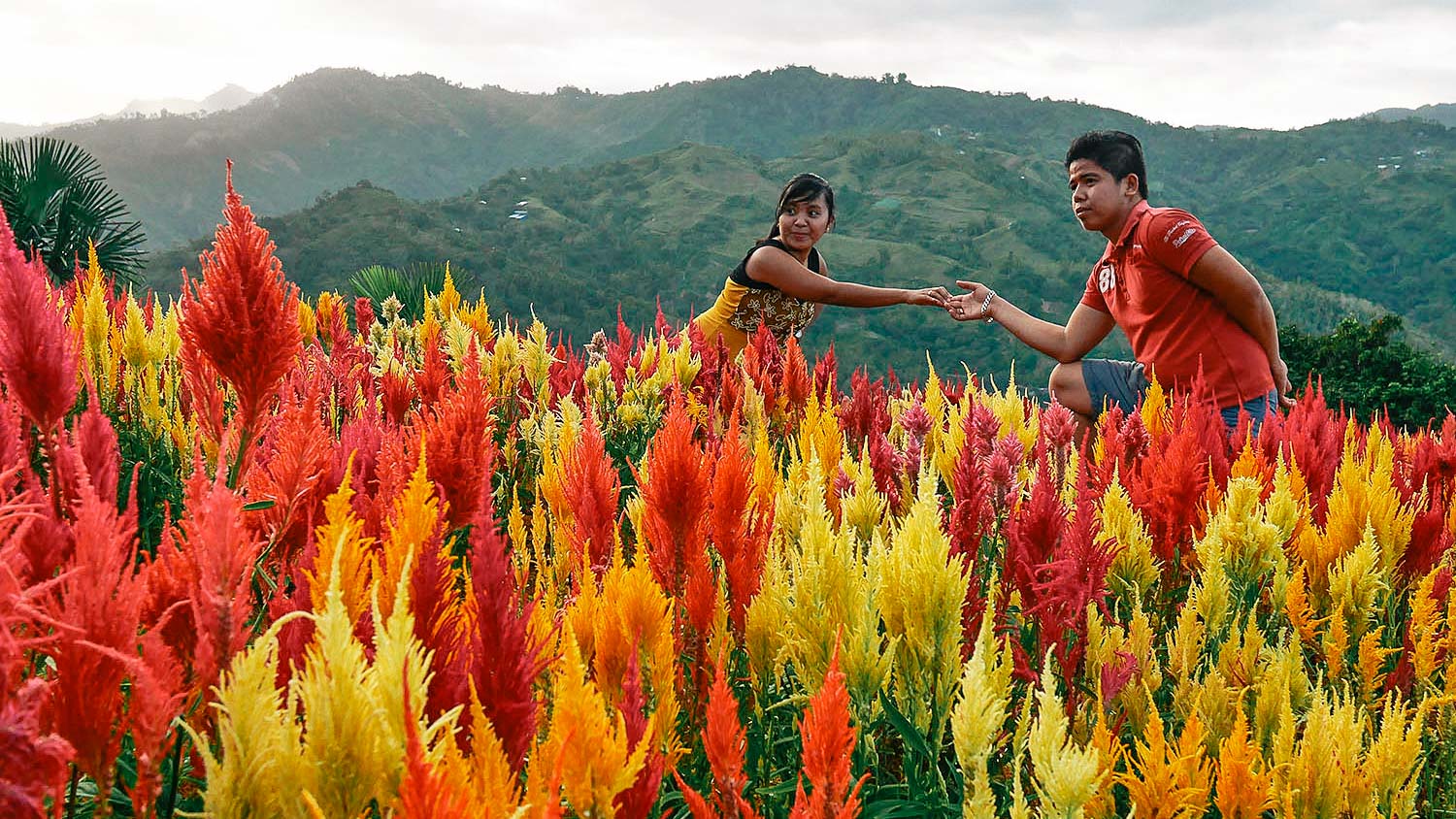 Maybe because at the heart of my trips, I always look forward to smelling my own sheets, tasting my own cooked meals, looking at my own familiar mess, touching the spines of my own books, listening to the meows of my own litter. This city houses all the things I called my own.

This city has adopted me since I left the countryside for studies and has witnessed the struggle of a probinsyana in a city that at times feels small like my hometown but at times feel so big it becomes intimidating.

While my college friends left to seek better lives in cities abroad or go back to their hometowns for the familiar comforts, I stayed. It made me wonder too. Why did I choose to stay for the past fifteen years?

Maybe because I have come to terms with the city’s shortcomings, its seediness and all. The stark contrast of my two immediate neighborhoods – the abandoned horse racetrack village where I live and the posh business park where I meet deadlines in a café – has been a source of stories, imagination, and fascination.

These two neighborhoods is my own Cebu. These two I have learned to love for what they are: one has children bawling out early in the morning and songs on a Sunday like “Isang Linggong Pag-ibig.” The other, sounds of silverware touching the plate with their own acoustic music in the air.

What makes living here bearable is the personal truth that I choose to break and how I reimagine the existing definitions of its places. While others perceived its downtown as the devil’s dungeon, I walked on or biked its streets even in the middle of the night when pirated DVD vendors started to close their stores.

What makes Cebu City beautiful: its creative people who find ways to make it livable, alive, and living.

Trekking Mt. Kan-irag and taking a dip in Kabang Falls 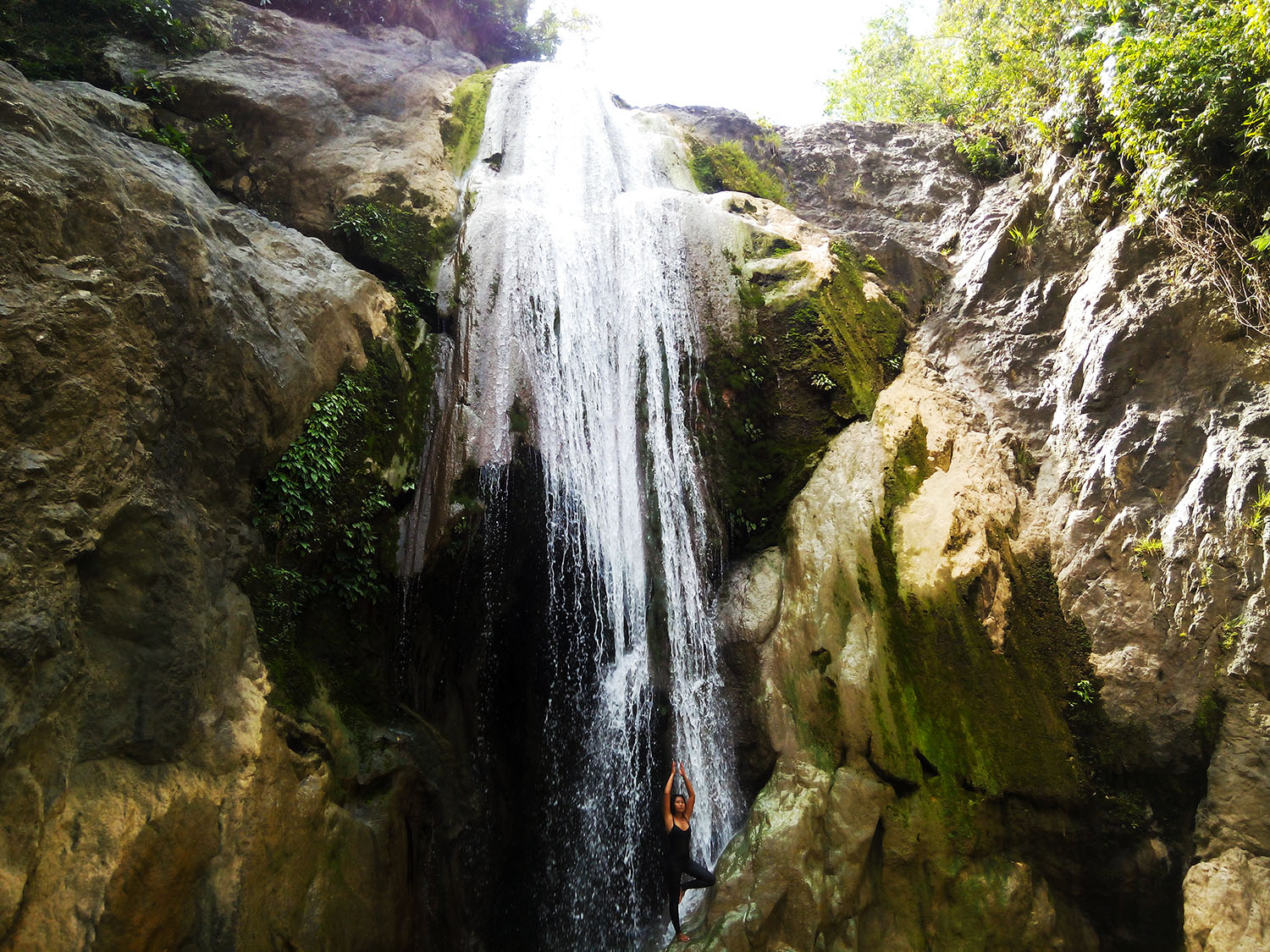 Childhood taught me that walking is a necessity: to pitch water, to go to school. I never saw it as a form of leisure or meditation.

It was 2008 – barely a year since I graduated from college, yet I already felt burned out from a job that tasked me to churn out tasteless SEO-oriented 3500-word count articles every day.

I accidentally saw a seatmate’s weekly schedule, and her weekend spelled Trek Kan-irag with EWIT. Since then, trekking Mt. Kan-irag or Mt. Babag, following the Budlaan River upstream, and resting and taking a dip in the lagoon by Kabang Falls became our weekend refuge, our little sanctuary in the outskirts of the city. 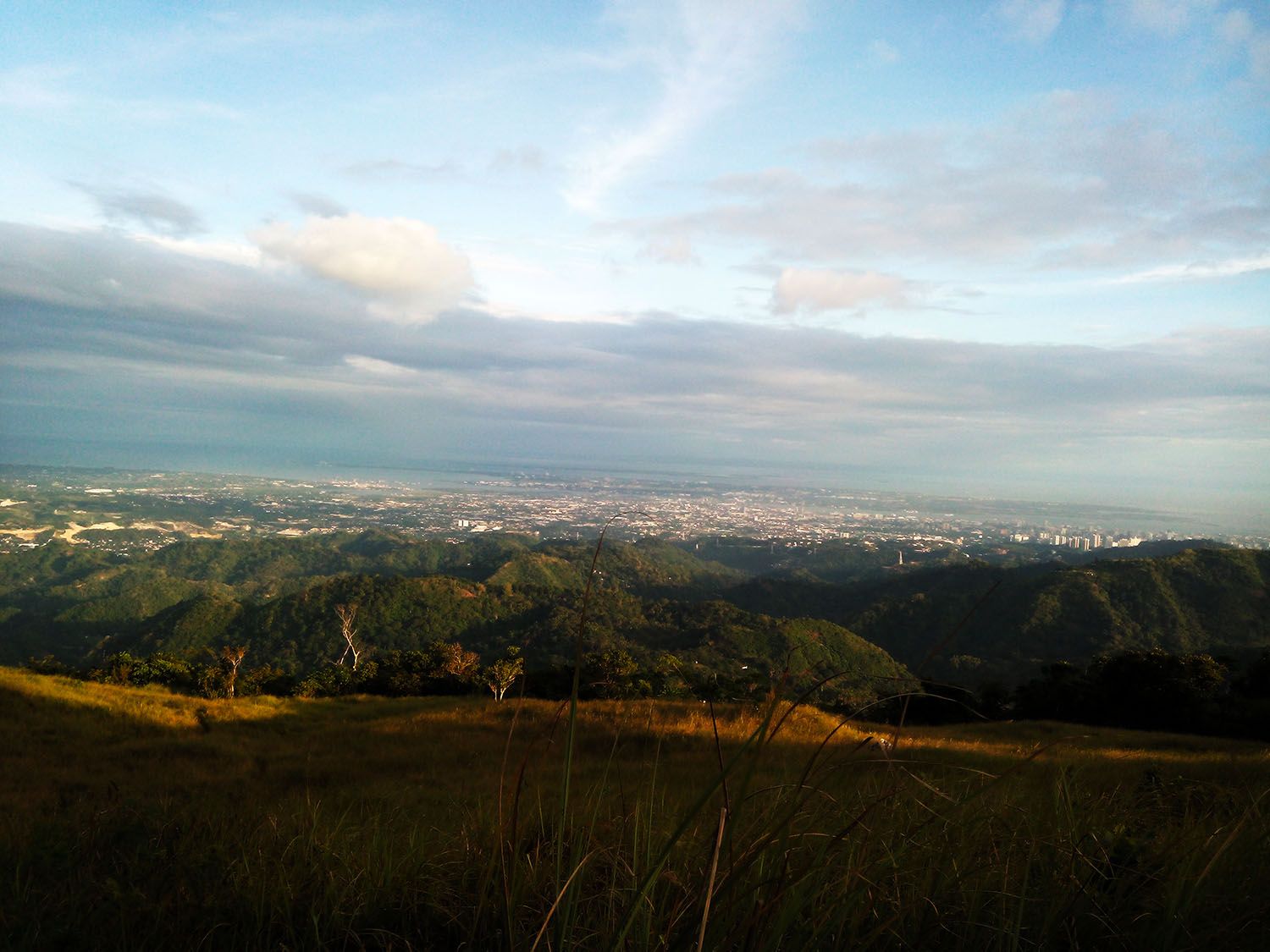 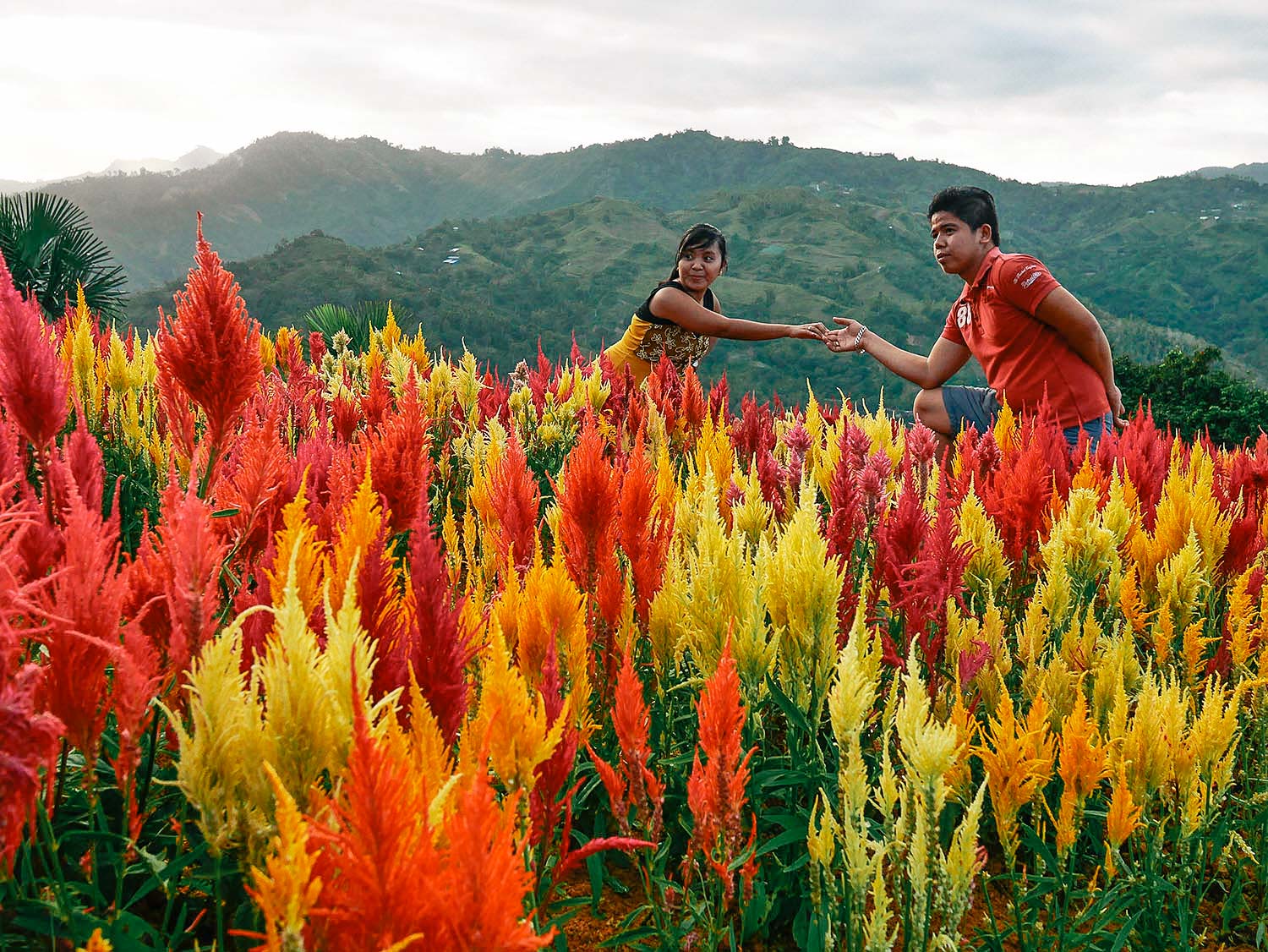 The flowers themselves, once inspected, are nothing extraordinary. You can sprinkle the seeds anywhere and expect them to grow no matter what. They are annual and stubborn and can be considered weedy and annoying if not groomed.

Here in Cebu, we called them tapay-tapay; one of its two famous varieties resembles the cock’s crest, which is locally called tapay. Are the flowers really worth the trip?

Now, here is the tricky part. The farm is not a farm at all; there are only 4 plots of celosia, and you have to catch a P150-motor ride from JY Square and must pay a P20 entrance fee. If you find beauty in the ordinary and you know how to angle the camera (tip: a semi-worm’s eye view might do the trick), it is worth checking out.

TIP: Celosia farm is located on the slope of Mt. Kan-irag, you can have a two-day trek, camp on the plateau, and check the flowers on your way down the following day.

A feast of street food 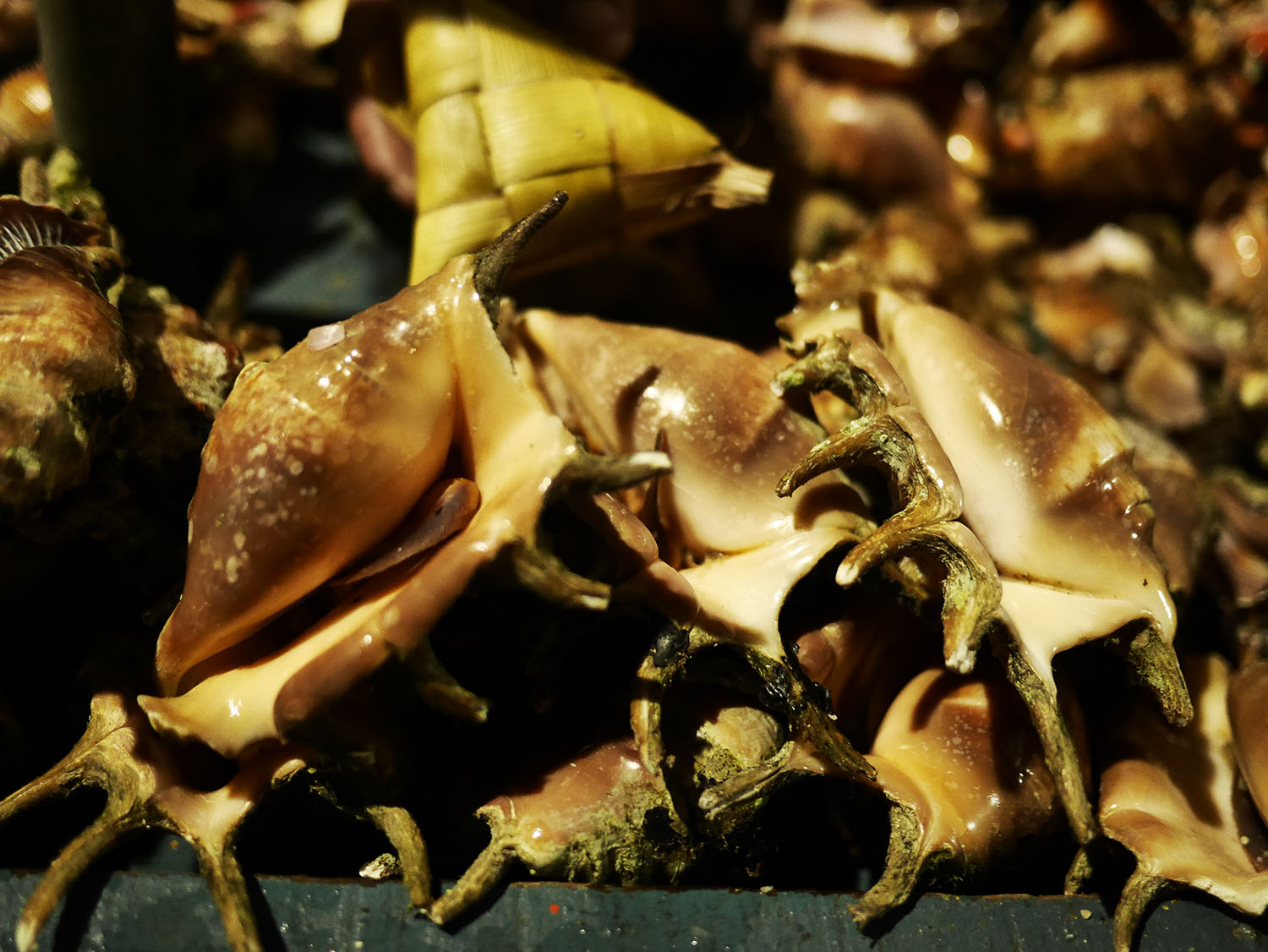 A way of knowing a city is to eat the food of its ordinary people. Cebu City has a thriving street food scene popular among students and 7-to-5 workers. Across from Colonnade – one of the landmarks downtown – vendors peddling their food (be it tempura, spider conch, fried chicken, kwek-kwek and whatnot) lined up by the street amidst the familiar chaos of rush hour.

Another place I frequent is Taboan, located behind Metro Colon. At night, this place is the favorite of the city’s adopted children eating dinner before heading home or heading to their respective boarding houses. And oddly enough, there are nights when Zumba classes are held on this dimly lit alley.

For freshly boiled spider conch, balut, and many others, Freedom Park – in front of University of San Jose-Recoletos – is my to-go place, especially when I hit a wall on the stories I am writing. This park-that-is-not-a-park is a part of the forking paths of Carbon Market where I buy my fruits, vegetables, flowers, and ukay-ukay clothes. 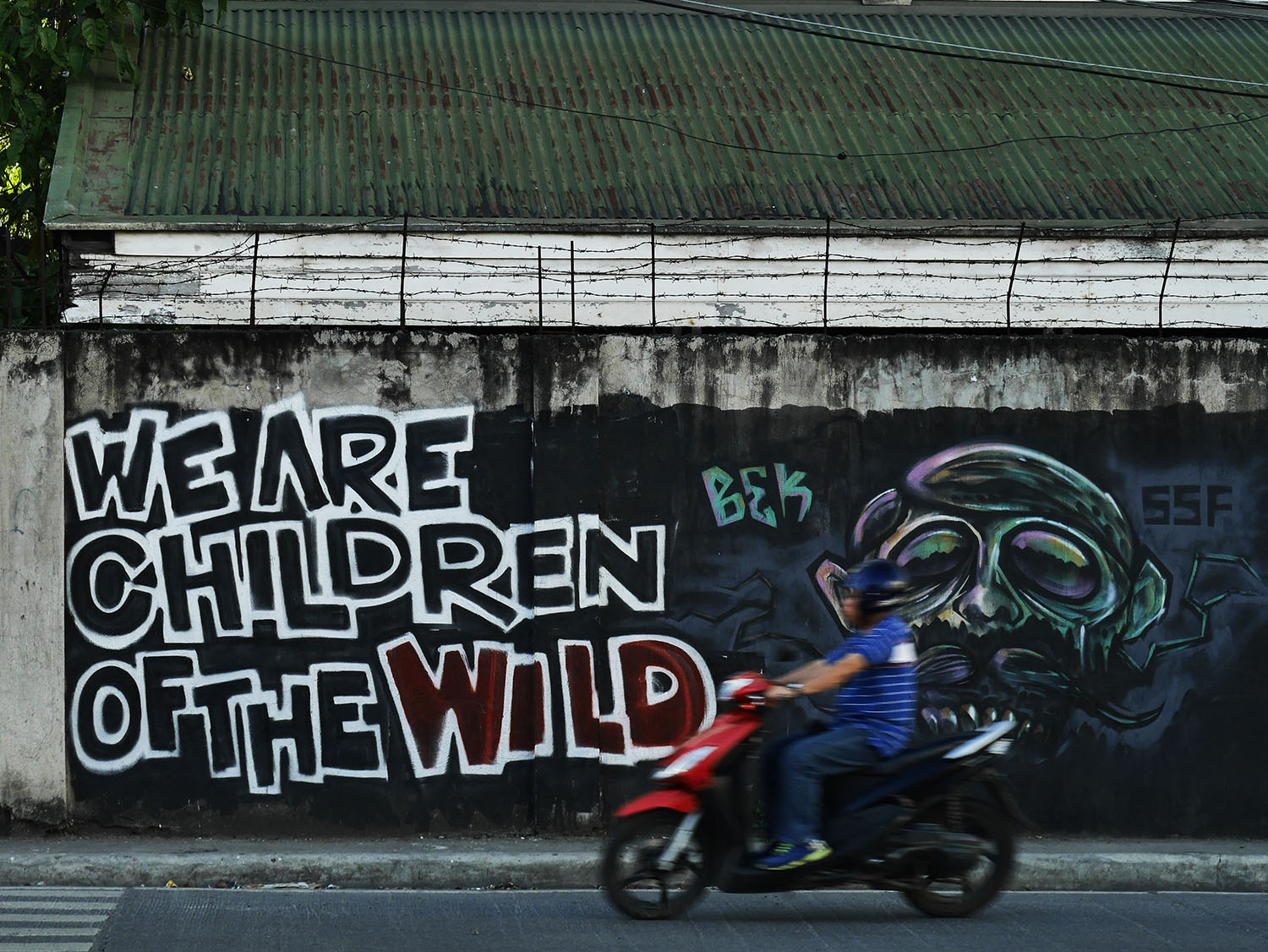 On weekdays, I walk past the posh business park where high-rises grow faster than kids and make my way to the little street between a scuba diving company and a camera shop.

On the intersection of Escario Street and Molave Street, I often pause and look at the walls. What has changed? What has remained? Last month’s poetic and nostalgic “We Are Children of the Wild” has now become a cute graphic of a baby with a greeting “Happy Birthday, Sky.” 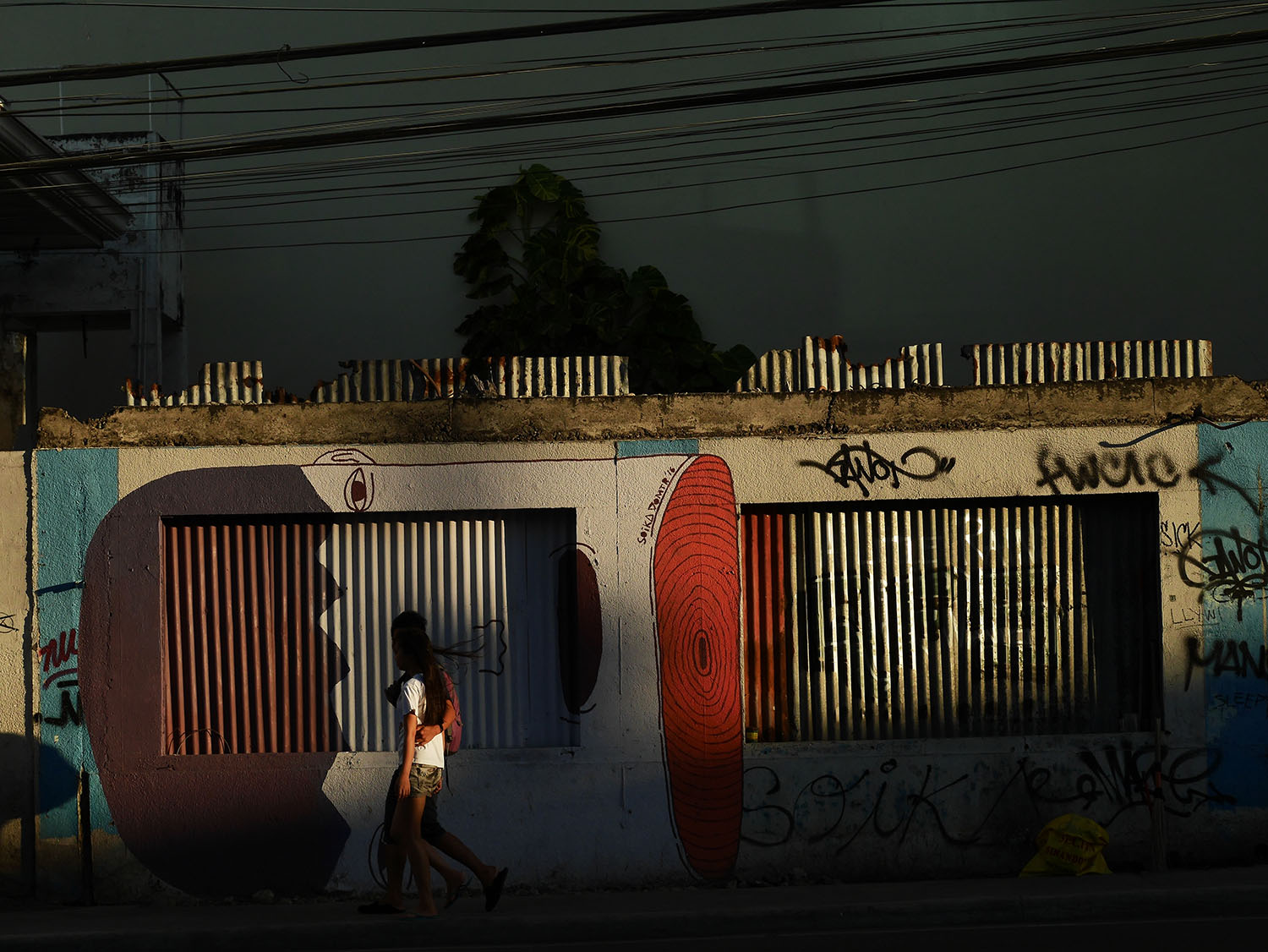 Escario is one of the playgrounds, one of the wide canvases of Cebuano street artists. So every now and then, the city’s skin and walls peel off and grow something new.

Somewhere, there is a monstrous dog eating a smaller monster. Somewhere there is the word ANINO or nueve’s flirtatious stroke. Somewhere there are Soika’s wicked men. I am thankful these kindred souls exist. Because of them somewhere in the city becomes an exciting affair.

Listening to our own local music 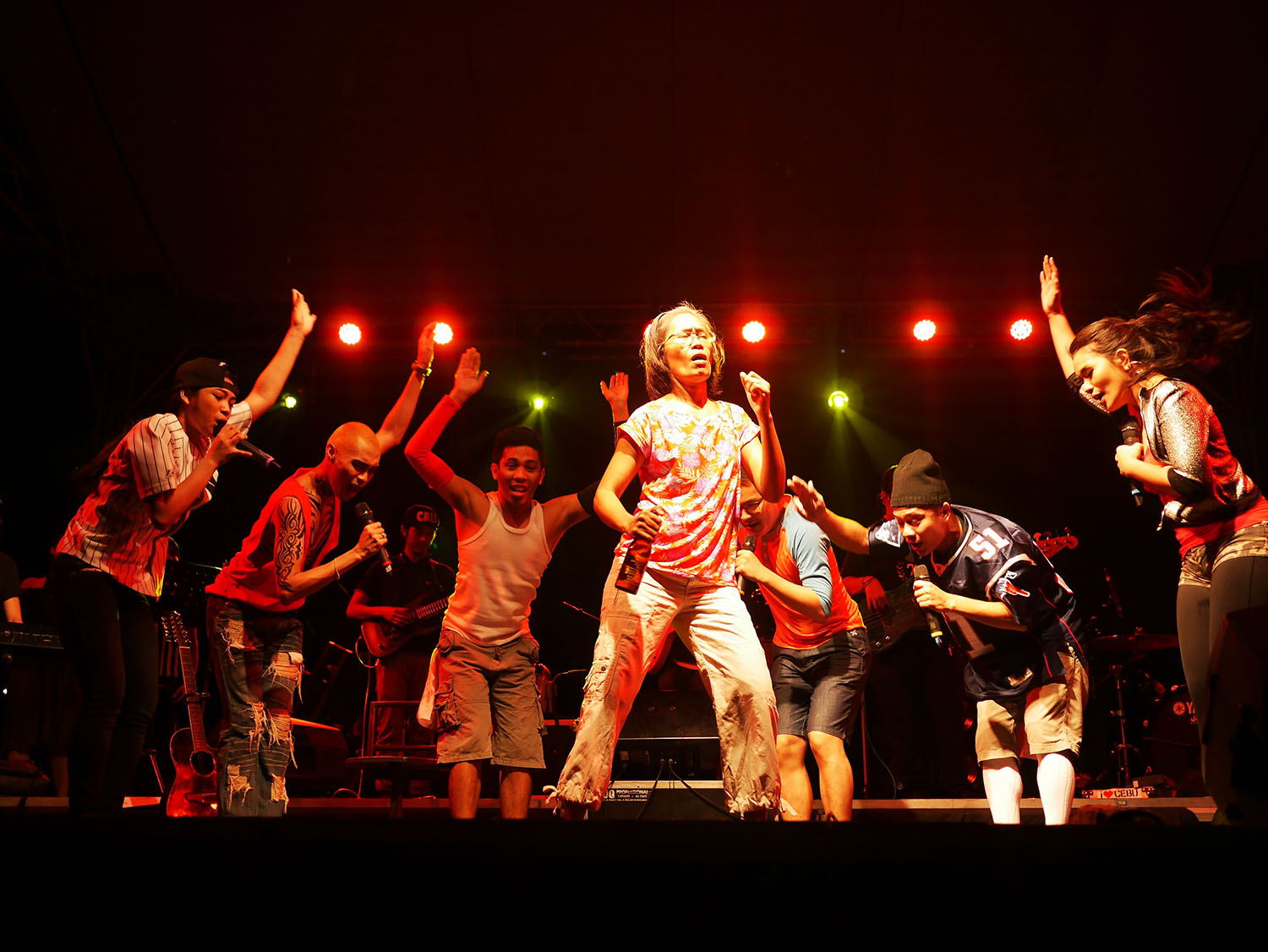 The community of young writers writing in Cebuano used to be small. We were considered baduy and not cool at all. But because of the great minds of contemporary musicians like Jude Gitamondoc (who has written songs for Gary Valenciano and Regine Velasquez to name two, and is one of the brains behind the success of Facebook: the Musical) and Lorenzo “Insoy” Niñal (a newspaper columnist, teacher, and frontman of the famous Missing Filemon), Bisrock and Vispop have become household music in the Visayas and Mindanao. 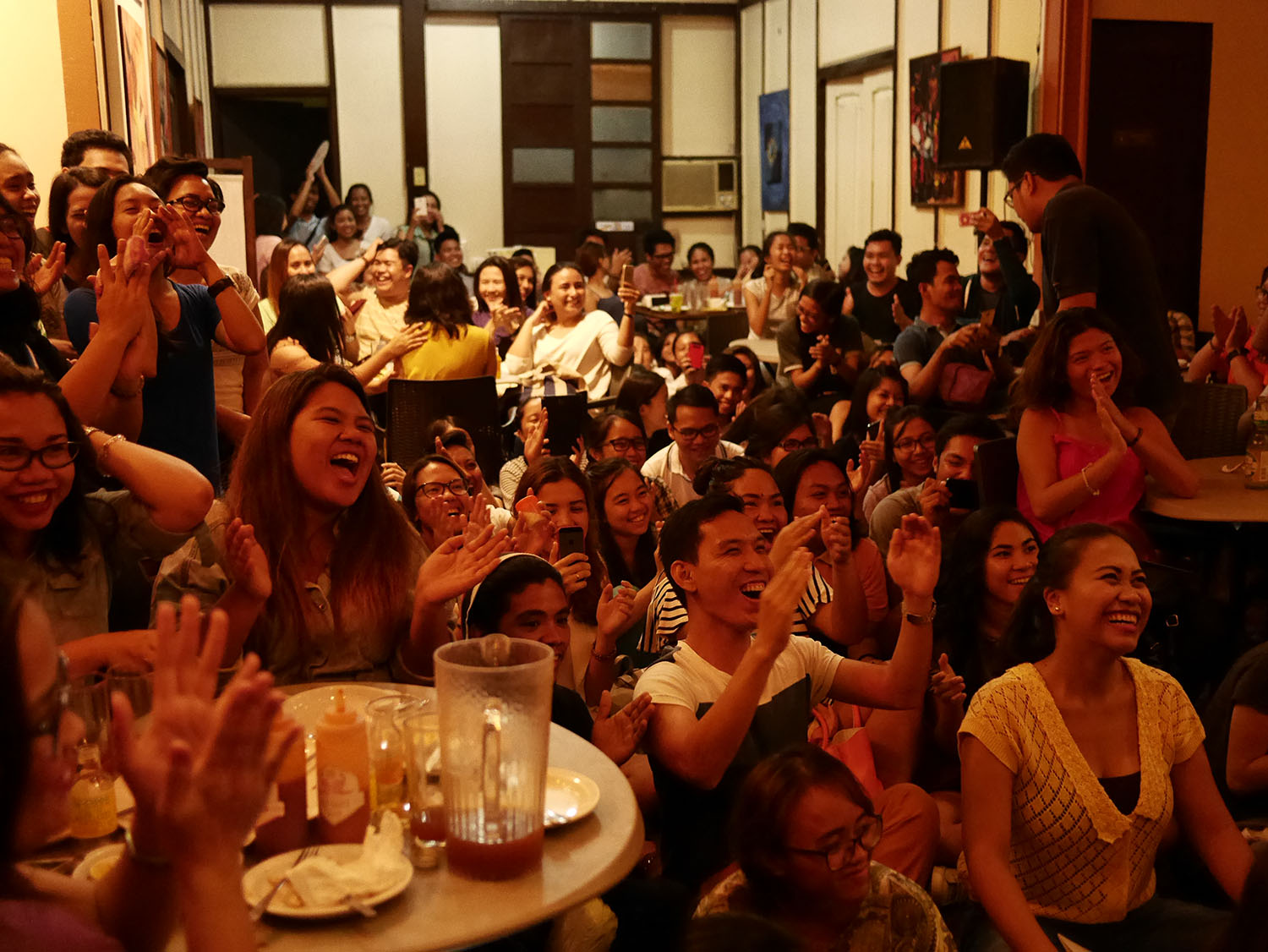 Me staying in the city on weekends is rather rare. Often I would be somewhere outside Cebu, most likely in a remote island where electricity runs from six in the evening till midnight or somewhere near the beach, romanticizing the possibility that writing comes easier when one is by the sea.

If I decide to stay for the weekend, there must be a good reason: say, a poetry reading, followed with few beers with poet friends. Just like writing in our mother tongue, writing and listening to poetry used to be an exclusive, marginal affair. But when Tinta – University of the Philippines Cebu’s literary org – took over the event, people gradually filled up Handuraw Event Café’s second floor. The crowd and the readers are predominantly young – the laughter ageless, the sighs at the end of a well-clinched poem validating. Poetry is alive.

TIP: Check Tinta’s official page for the schedule of the public poetry reading. Listen! Or better yet, read your own work. Jona Branzuela Bering is from Cebu, Philippines. When she is not traveling, she gardens, teaches, and becomes the slave of four cats. She is going to travel to India and Sri Lanka come July. Follow her travels on Instagram @backpackingwithabook, her blog Backpacking with a Book or BWAB’s Facebook page.