Facebook Twitter Copy URL
Copied
'I am looking forward to the time when hearing of places such as Kidapawan, Tawi-Tawi, Zamboanga, Sulu, or Mindanao will not elicit fear but fond, beautiful memories.'

My affair with Mindanao, like my greatest ones in life, started with the written word – poetry, to be more accurate. Two women writers from Cebu encouraged me to join the 17th Iligan National Writers Workshop, which took place at MSU-IIT.

Except for the afternoon visits to BookSale, the journey mostly happened across pages: the slaughtering of our pseudo-poems and short stories. Our batch did not have the tours around Iligan’s famous sights, unlike the previous batches and the ones after ours. Obsessed with rivers, I looked forward to seeing Tinago Falls, which remained in my personal list of rivers and falls.

It has been 6 years, and in each year thereafter, I found myself aboard a ship or a plane to somewhere I have never been to.

Last month, I found myself in Mindanao once again – this time around, in Zamboanga del Norte, to spend my birthday with Rizal’s ghost in the shrine under his name in Dapitan. On the last minute, I decided to hop on the bus and check out Misamis Occidental. (READ: 7 breathtaking Mindanao destinations you shouldn’t miss)

I shared a tricycle ride with three young travelers from Dipolog to a beach in Baliangao, a peninsula in the northernmost part of MisOcc. 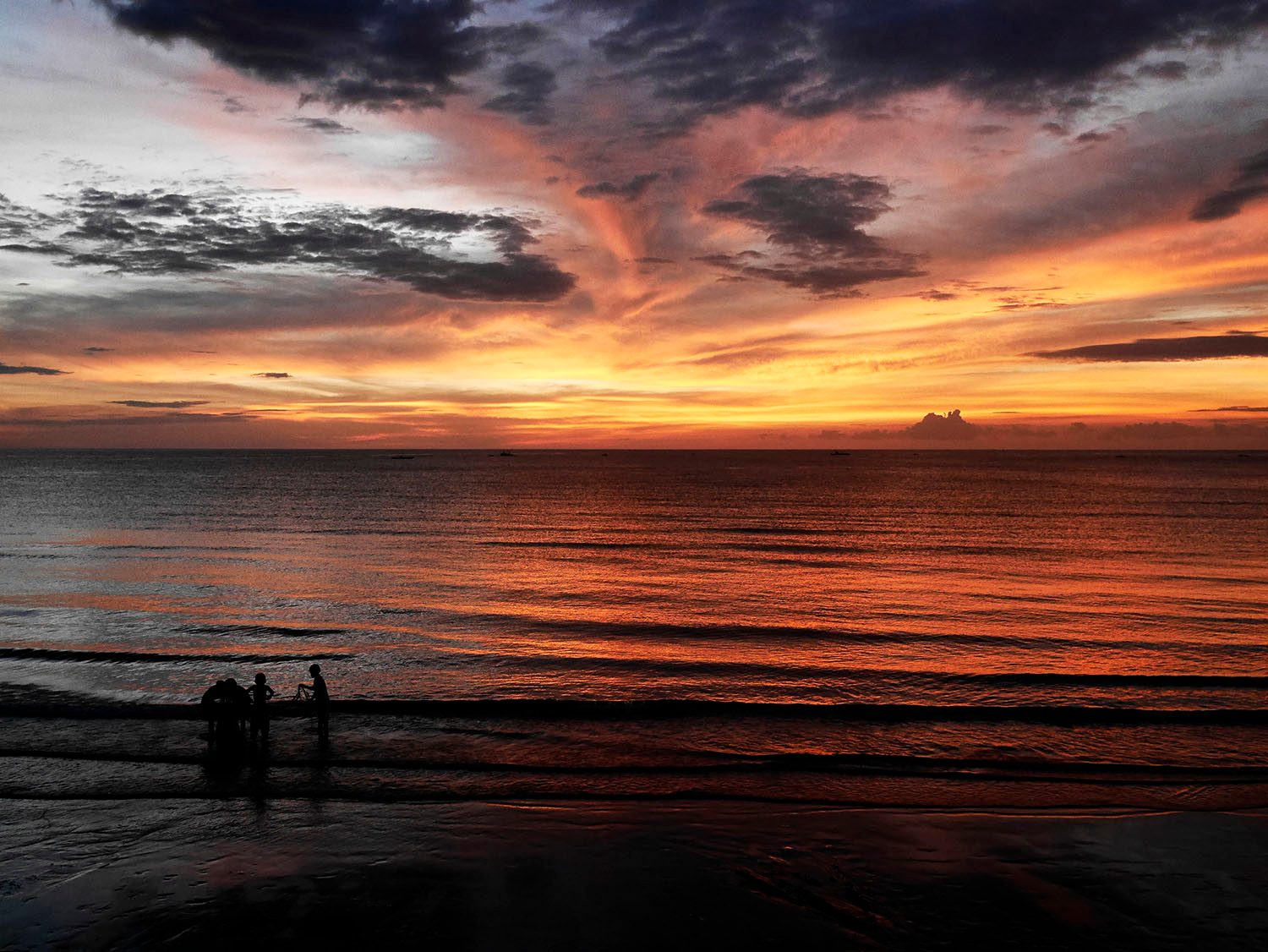 A woman traveling solo elicits curiosity, concern, and amusement: where is my boyfriend or husband, why am I traveling alone, am I brokenhearted, are the most common questions.

With the 3 travelers, theirs were: What brought me to this part of the country, what did I do back home, and was the canyoneering in southern Cebu really good? They were rather amused at what I was doing: navigating my way around Mindanao alone. When it was my turn to interrogate, I asked them, why not explore Mindanao first before exploring the Visayas or the rest of the country? But they answered me with another question: have I been to other parts of Mindanao aside from Dapitan and Misamis?

I mentioned some places, the ones that popped into my mind. Lake Sebu. Kidapawan. Dinagat. Dahican. Aliwagwag. They laughed and congratulated me for reaching these remote-sounding places that they themselves had not heard of. And there I was thinking I had not reached the places I considered remote: traveling to Sitangkai, a small island off the coast of Tawi-tawi – has been my dream for years. Or the little islands in Zamboanga Sibuyan. Or Sulu. Uttering these names brought images of men, in their camouflage uniforms, holding M16s.

To say that Mindanao was all-peaceful for a traveler would be a blatant lie. In GenSan, five years ago, news on a bombed car circulated around. The rumor was a car owner, a businessman, did not pay his revolutionary tax. Fear, my seatmate, was always there: what if our bus would be bombed next? What if the hotel we were staying would be targeted. Don’t stay in the lobby long – was the advice of a kind local.

In the crowded Dipolog Baywalk – the longest I have ever seen – there were military men stationed in some places. For security purposes, one said. Their presence can further the paranoia caused by too much news consumption. But I had to contextualize their presence: I traveled in this part of Mindanao two weeks before the national election.

But a fear greater than this is the fear of not knowing Mindanao beyond the limited, constraints of a 500-word news or a 3-minute TV report.

The indifference, disinterest of the three young locals from Dapitan towards their homeland is a byproduct of too much bad press, of too much news on carnage and terrorism: the very reason other countries put the Philippines in their travel advisory list; the very reason most Filipinos rarely venture to the biggest landmass in the country.

Mindanao – the land of blood, sadness, and warfare. Mindanao – the land of drought, of farmers killed, of Abu Sayyaf, of guns, of poverty. This is not entirely wrong. But truth has many faces; a place can have several versions of the truth; some do not make it to headlines and social media. Some are quietly lived.

As a traveler, these are the stories I am after – the quiet ones, to some extent the mundane ones, the everyday that is lived every day. Stories to contradict, to put a balance on, and perhaps rebel against, a place determined by the degree of sadness it’s endured and suffered, a place defined by the words penned in hard news and opinion pages. 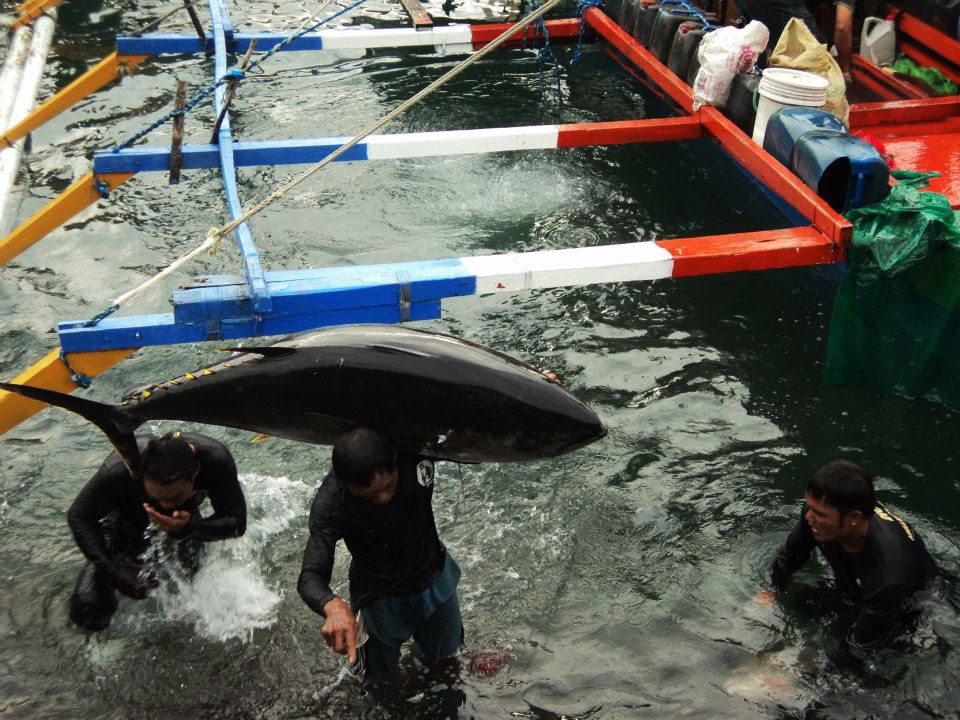 Every time I encounter horrifying news on Mindanao, I think of Sachi, a good friend, who went back home for her mom’s birthday and their new house’s blessing. Home was Cateel, Davao Oriental – a place where coconut trees lost their crowns, where people lost their homes, some lost their lives to Typhooon Pablo.

I think of the fish hunter who was so kind to harvest some lato (a kind of seaweed) for us. I think of the family who invited my friend and I for lunch of utan bisaya and grilled fish.  I think of the Amihan Boys who invited me to go fishing with them at three in the morning so we could prepare our own kinilaw that early morning.

With the recent sad news about Kidapawan and Mt. Apo, I think of the 3 boar hunters we met on our way to Mt. Apo; I think of how fresh the water was on the highlands.

I think of Nanay Anita, who helped the indigenous people in Lake Sebu in any way she could. I think of Al-al and Ate Lydia who helped me in exploring Siargao. I think of Mark and the Langit family who made my trip to Dinagat Group of Islands ­­– the land of the Ecleos – memorable. I think of the ordinary people, who one way or another, changed my views of Mindanao. (READ: 14 stunning photos of Siargao, a surfer’s paradise) This place is not as fearsome as media makes it sound;  that one saddening, tragic event should not define a place. That there is a great danger in a single story told, consumed, shared, as Chimamanda Adichie reminded us in her TED Talk. But then again, sadness is easier to remember.

A first in our history that the country’s president is someone from Mindanao, and whose much-frowned rude mouth resembles the many bugoys’ in the countryside. As a traveler, I felt a surge of hope for this place. Perhaps having Rodrigo Duterte as the head manager of the country, Filipinos and foreigner travelers will see a different Mindanao. Perhaps Mindanao will be then included in everyone’s dream destinations. (READ: 9 spectacular places to visit in Mindanao)

Jona Branzuela Bering is a writer and photographer from Cebu, Philippines. When she is not traveling, she gardens, teaches, and becomes the slave of four cats. Follow her travels on Instagram @backpackingwithabook or on her blog Backpacking with a Book.