This Bangkok restaurant is covered in condoms – for good reason 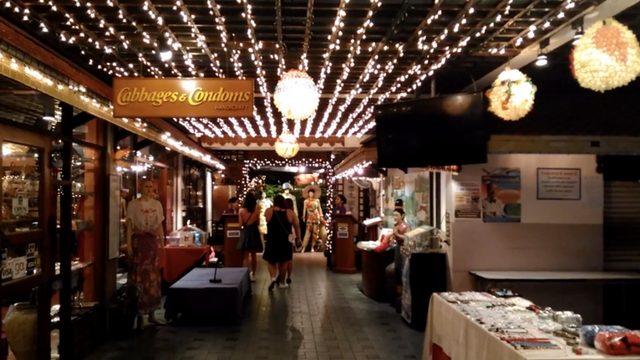 BANGKOK, Thailand – As far as quirky restaurants go, Cabbages & Condoms in Bangkok may be among the quirkiest. The name alone already tells you that this isn’t your usual restaurant, a fact confirmed as soon as you walk in and see all the condoms used in their decor – but this is not just a bizarre choice.

“Our food is guaranteed not to make you pregnant,” says the restaurant’s tagline, though you may very well leave the place with a food baby as you fill up on classic Thai cuisine. The Tom Yum soup is especially comforting on a cold, rainy night, while the crab cakes are beautifully crisp on the outside and soft and juicy on the inside.

But more than a happy tummy, you also go home with free condoms, which the restaurant gives away at the end of each meal. A box by the door also has a generous supply, free for the taking. This is part of the restaurant’s larger purpose – beyond feeding hungry mouths, they also promote family planning and safe sex, in more ways than one.

Aside from making contraceptives more available, the restaurant also raises funds for Thailand’s Population and Community Development Association, a non-profit started by Mechai Viravaidya, the former Thai minister of health. Viravaidya himself is Thailand’s champion of family planning, as well as another pressing cause, AIDS awareness.

In a country that has had to deal with the plague of HIV/AIDS, this restaurant with a funny name and a bold choice of decor may just be the unsung hero.