A winter tour of New Zealand 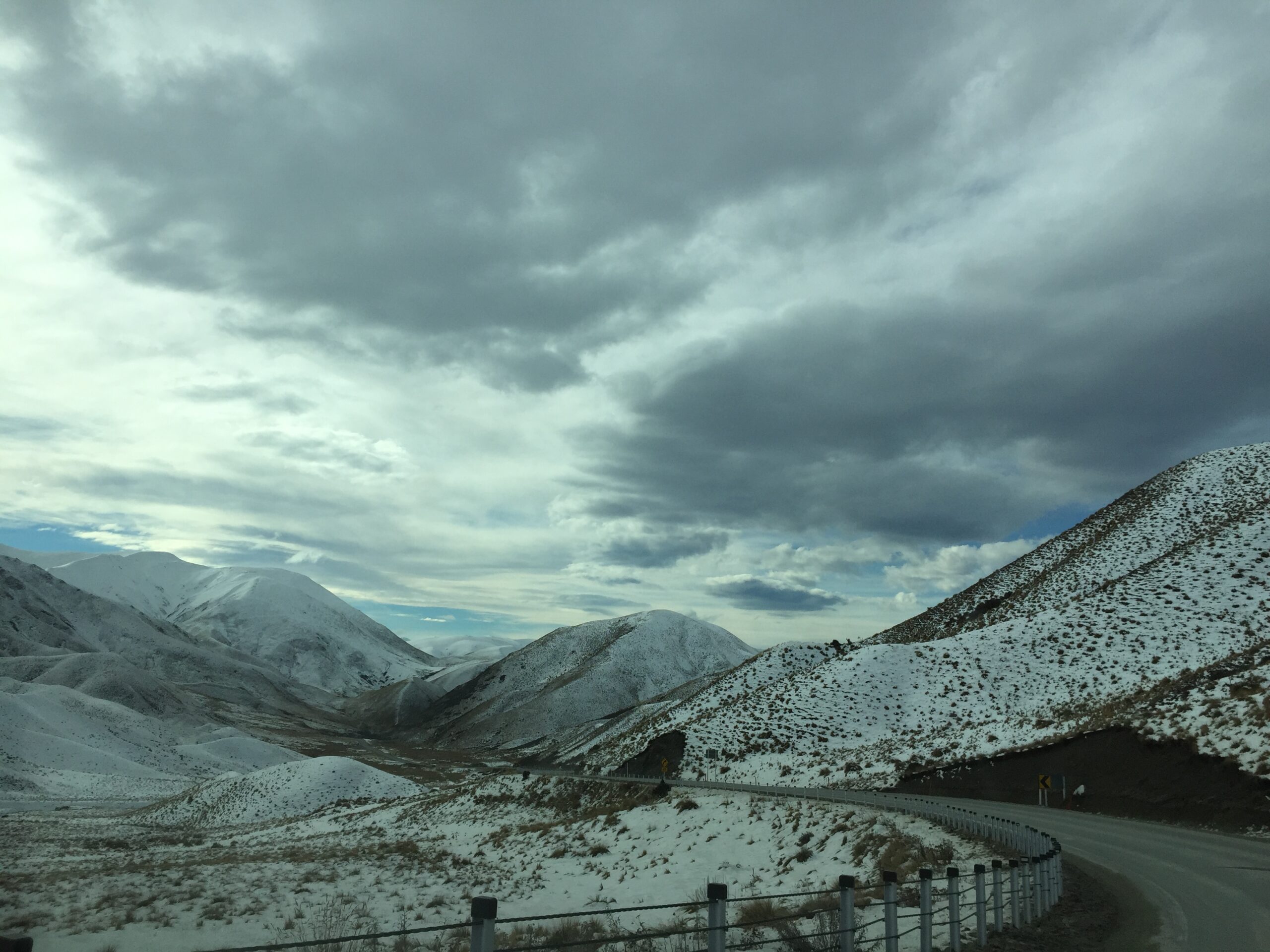 After spending a brief time in New Zealand last year, something inside me yearned for me to return. I’d only visited the North Island but I knew the South Island had many natural gems waiting for me to discover.

I’d already planned in my head that the only way was to see New Zealand is all its glory was by doing a mammoth road trip. Normally, a trip like this is better with others, but at the time I had no-one to join me. That’s nothing new; typically throughout my travels I’ve always made the journeys solo, meeting people on the way to my destination. Yet this time things turned out a little different. I’d been talking about my tentative travels to New Zealand with a newly found friend, Mitchie who is from the Philippines. I put it out there and asked for her to to join me.

To my delight, her answer was yes.

After we hired a campervan through a company called Mode Car and Camper Rentals from Auckland, our journey began.Our cosy camper was the catalyst for our trip. A two-berth Toyota Estima included all the camping and cooking equipment we needed.

It was winter time in New Zealand, so warm clothes were necessary. We made our journey straight south taking in all the views along the way. Despite being from North-East England I  was shocked that I gasped in excitement at the snow-capped peaks within Tongariro National Park appearing in the distance. I’m no stranger to mountains and cold weather but this was truly breathtaking. We both were stunned on how beautifully innocent they appeared, out of nowhere.

If you’ve ever seen the movie Lord of the Rings, Mount Tongariro is known as ‘Mount Doom’. The views were amazing and went on for miles as we continuously stopped to get a better view. Unfortunately, the weather prohibited us from going hiking and even some roads were blocked off because of the weather. After all, it was wintertime in New Zealand.

Making a beeline straight to Wellington, on the tip of the North Island our main goal was to drive the South Island. We munched on all flavours of pies and some feta spinach dip. Forget fish n chips or adobo, this was our kind of road trip cuisine.

Wellington, the cultural capital of New Zealand was our next stop. With only a full day to explore, we wandered around the city, visited Te Papa Museum, strolled up Mount Victoria and explored Cuba Street. We found Best Ugly Bagels a takeaway store with a quirky atmosphere with a whole delicious array of different toppings of bagels.

After an overnight journey via ferry we arrived in Picton in the South Island early morning, keen to hit the road. To our delight some friendly seals were frolicking in the harbour before we set off, a perfect way to start our day. Using popular app – Campermate NZ we found our home for the night, Maitai Valley Motor Camp a gorgeous spread-out location by the stream, tucked away from the everywhere. Our mission by then was to visit the famous Franz Josef Glacier. On entering Franz Josef National Park, we stumbled across something quite spectacular. To the left, green bush almost jungle-like, to the right and behind the peak of Mount Cook. To top it off, a rainbow crossed between them both, making for a stunning pic. I called it the Amazon and the Alps. As we stopped literally in the middle of the road, passers by weren’t impressed. We didn’t care; the view was too amazing to pass up. That night we arrived at a campsite. For dinner, Mitchie made these amazing spaghetti meatballs with red wine – whilst other backpackers were struggling on typical packet noodles. It was like luxury dining out of a campervan!

The next morning we arose early. We got to the point of Franz Josef Glacier walk and off we went. No-one else was around like we’d planned. Although nothing too strenuous, we had the place to ourselves. Streams, tiny waterfalls, rocky paths and wall-to-wall towering mountains precede the Franz Josef Peak. On our way back to the camper, we stopped off at Peter’s Pool and the water is so clear it’s like the a mirror reflecting the mountains and peaks. Wanaka was next on our list and my favourite place from the trip but before that we experienced winding roads, never-ending lakes and backdrops to die for as we ended up at Lake Hawea. With snow-capped mountains in the background so high, the cloud lining was actually below it. Add a lush blue river underneath in contrast to yellow grass banks and the pictures turned out pretty good. The photo speaks for itself: Wanaka was a treat and after reuniting with some of my friends, lots of flat white coffees, lamb & mint pies and a couple of beers we spent the night. The next morning we wanted to get up for another sunrise, and found a spot by a lake in the middle of a random neighbourhood. The sky was light claret red and with the snow mountain backdrops it was another incredible frame to see. After roaming around Wanaka we decided to head to Christchurch on the way back up to the North Island As you may know, Christchurch is vulnerable to natural disasters and a devastating earthquake hit only last year. Still, the town was upbeat and interesting enough. By this time, we were keen for a good breakfast before the journey home and stumbled across a place called Bunsen Cafe.

We were impressed and I believe one of us may have even said “This is the best eggs benedict I’ve ever had.” Heading back to Auckland after a manic 10 days road tripping we were keen for some comfort. In the middle of Queen Street we got an apartment to rest in before meeting some of my friends in the city later.

One thing was missing though, comfort food. Inevitably there was only one thing for it to end our trip. Homemade Chicken Adobo.  – Rappler.com

Tommy Walker is a freelance travel writer from the UK and has been on the road since 2012. You can follow him on Facebook: The Wandering Walker, Instragram: @thewanderingwalker and eebsite: www.thewanderingwalker.com

Mariemiel Sison is a Chef and Food & Beverage Consultant from Manila. Check out her on Instagram: @mitchiesison Email her at  mitchiensison@gmail.com