Beautiful and underrated: 8 PH destinations to visit in 2018 Batanes. Palawan. Bohol. These are some of the usual places Filipinos dream of visiting, or have visited already. With the Philippines having 81 provinces, though, there’s still much more that can be explored aside from the popular destinations. Here are some you might consider visiting this year.

Arguably the province’s most unique natural attraction is Kaparkan Falls, with its waters cascading over natural rock terraces. The best time to visit is when the water level is at its highest, around the rainy months of August and September. Also worth visiting in Tineg, the same municipality where Kaparkan Falls is, are the Piwek Rock Formations.

Tineg and many parts of Abra also have raw landscapes like the Apao Rolling Hills.

How to get there: From Manila, take a Bangued-bound bus (usually Partas or Dominion buses). There are also Bangued-bound buses if you are coming from Baguio or Ilocos Sur. In Abra’s capital Bangued are jeepneys to different points in the province.

Bataan may already be a weekend getaway for those who live in Manila, but this province has an abundance of natural attractions that can keep you coming back, especially with the resumption of ferry services from the SM Mall of Asia in Pasay City.

One of the most memorable experiences a traveler can have is releasing turtle hatchlings at the Pawikan Conservation Center in Morong. You can release the baby turtles into the sea, with the guidance of Bantay Pawikans (Sea Turtle Patrol) at the conservation center. Meanwhile, aside from lush forests, a trek around Mt Natib will bring you to a towering waterfall with the brightest greenery. Pasukulan Falls flows from nearly 200 feet. If you love the sea and cliffside views, Five Fingers in Mariveles is perfect with its grassy crags, turquoise seas, and white beach. (READ: 6 PH beach trips and the breathtaking views) 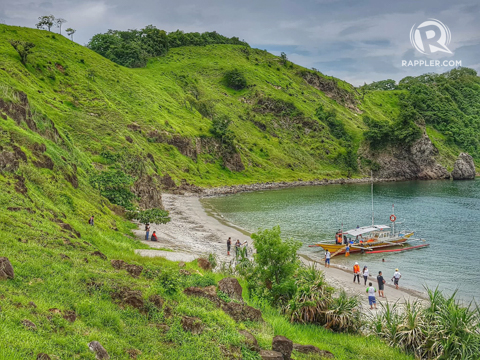 How to get there: From Manila, take the Orion-bound ferry from SM Mall of Asia in Pasay City. At Orion there are already buses to Balanga, the latter being the jump-off point to Morong and other parts of Bataan. Alternatively, you can take a Balanga-bound bus from Manila. Note that Abucay (jump-off to Pasukulan Falls) comes first before Balanga from Manila by bus.

With Rizal less than an hour from Manila, this province does not exactly come to mind as a bucket list destination. And yet, even nearby Antipolo already has surprising gems, such as hillside resorts that offer scenic views. 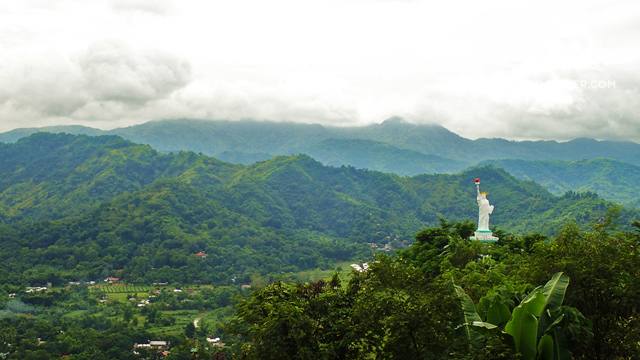 Amid Rizal’s sweeping hills are Pililla’s windmills, similar to the much-photographed ones in Bangui, Ilocos Norte. Among Rizal’s mountains, there is at least one that promises a likely sea of clouds on its slopes. But unlike other mountains with peaks standing above clouds, Treasure Mountain does not require an arduous hike. (READ: 6 ways to enjoy beautiful, underrated Rizal)

How to get there: From Cubao or EDSA-Shaw, take jeeps and vans bound for Antipolo and other points in Rizal.

With almost the entire west of Panay Island as its coastline, Antique has some beautiful beaches and sea views.

At the southern tip is Anini-y’s Siraan Hot Spring with a sweeping view of the sea, as well as of nearby Nogas Island.

Among Antique’s beaches, though, the most beautiful is arguably the white expanse on Seco Island in Tibiao. 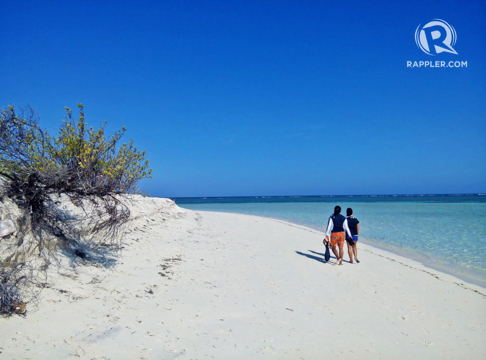 Aside from beaches, Antique also has verdant mountains, and even rice terraces. Trekking through the mountains in Sibalom, San Remigio especially during the rainy season, increases your chances of seeing a rafflesia.

Antique’s own rice terraces can also be seen in San Remigio. For the adventurous, a guided trekking tour can bring you not only to the terraces and waterfalls but also to an immersion in the hospitality and culture of the indigenous Iraynon Bukidnons. (READ: Experience Antique: Guide to 7 adventures from the mountains to the sea) 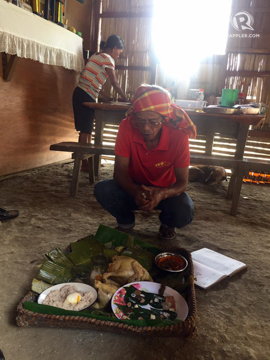 Ride around Biliran and you will encounter raw beauty almost anywhere you look. At any point on the road, you will most likely have mountains all around you and the sea on one side. Its abundant mountains also makes it a province of countless waterfalls, some even accessible via drives or short treks. (READ: Biliran: The beautiful province you haven’t discovered yet) And while canyoning, or canyoneering, in Cebu is the popular choice, Biliran has its own version of jumping off and sliding down waterfalls, among other things. Below is a video giving a glimpse of the experience.

For beaches, Biliran has the white sand and sandbar of Higatangan Island, and the cliffs and panoramic view of Sambawan. How to get there: Take a flight or ro-ro bus to Tacloban. From Tacloban’s terminals you can take a van to Naval, Biliran’s capital and the jump-off point to other areas.

Bukidnon literally means “of the mountains” or “living in the mountains,” and so the province, like Biliran, has mountains all around. Its capital Malaybalay already offers short but scenic trails, while mountain lovers can find more views in more trails  some distance from Malaybalay. 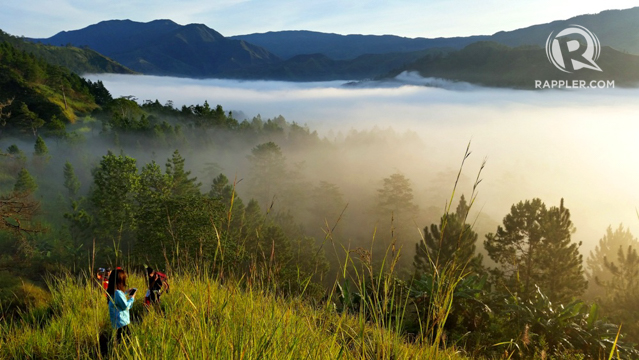 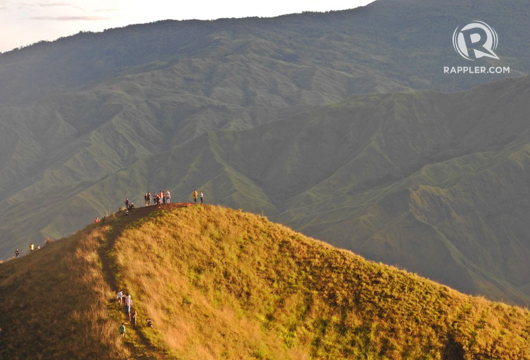 In Malaybalay’s neighbor, Valencia, is a lake perfect for relaxation and reflection. (IN PHOTOS: 8 PH lakes to add to your travel bucket list) If you’re into extreme outdoor adventure, you can try the vertical bivouac experience at Kiokong White Rock Wall in Quezon, where you can scale rock walls and camp on ledges on the rock face.

Below is a video from Adventure Technology Outfitters, which organizes the tours:

How to get there: Take a flight or ferry to Cagayan de Oro. From Agora Bus Terminal, ride a bus bound for Valencia or Davao, as it will pass by Bukidnon’s capital, Malaybalay.

While the T’bolis of Lake Sebu, South Cotabato are quite well-known for their dreamweaving, the Blaans in the same province and neighboring provinces have their own rich traditional weaving, too. In particular, the Blaans in Lamlifew Village, Malungon, Sarangani have a School of Living Tradition to pass on weaving and other traditions to the younger generation. It is also a place open to visitors, with guided cultural interactions and a homestay. 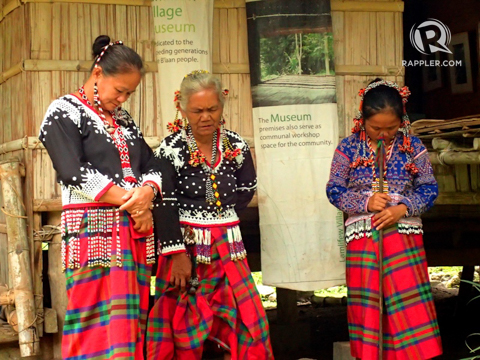 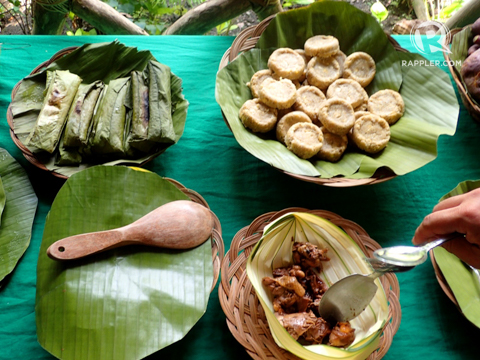 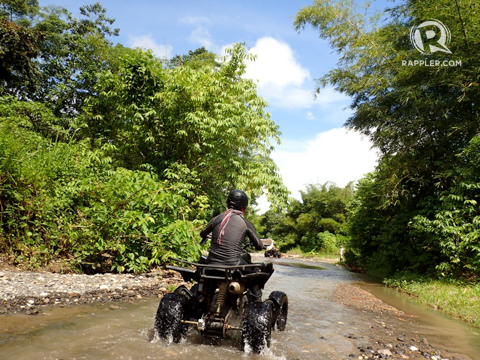 For thrill seekers, Pangi River in Maitum is perfect for whitewater tubing.

How to get there: Take a flight or ferry to General Santos City. Ride a van to KCC Mall. From there you can ride a van to different points in the province like Malungon.

Sometimes confused with a municipality of the same name in Maguindanao, Sultan Kudarat is an entire separate province located west of Sarangani and South Cotabato.

Its main attraction is Tacurong City’s Baras Bird Sanctuary. While spotting hundreds of birds in typical bird watching spots like wetlands and marshes can be a challenge, Baras makes bird watching effortless, as the sanctuary has an estimated 20,000 birds flying around, mostly egrets and herons. The landowner converted his farm into a bird sanctuary when he noticed the birds taking refuge there. Tacurong is also home to the colorful Talakudong Festival held every September, which showcases culturally vibrant head coverings of different indigenous peoples in the region. (READ: Tacurong, the city of goodwill (and great eats!))

How to get there: Take a flight or ferry to General Santos City. From Bulaong Public Terminal are buses bound for Tacurong, Sultan Kudarat. 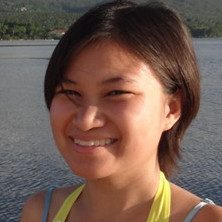 Rhea Claire Madarang is a writer, researcher, and documenter whose work and wanderlust takes her to adventures like backpacking for 7 weeks and exploring remote islands and bustling cities alike. Follow her adventures, travel tips, and epiphanies on her blog Traveling Light  and on her Instagram.

Come and visit the Philippines! Book with Klook and save big!